I woke up when Irmante was kicking the bottom of my bunk bed.  I looked down at her.  She told me it was noon.  Time to get moving from Montevideo to Buenos Aires.  We had to hurry to pull ourselves together to get to the ferry.  She was really hung over and sick and grumpy and miserable about everything.  But, she came through the other side.

It cost us $37 U.S. each for our bus/ferry tickets from Montevideo to Buenos Aires that took us to Colonia, Uruguay by bus.  Then the ferry took us across the river.  The ferry travels very fast.  We sat in the middle of the boat, in the center of that point, in the bottom, and it was a battle for a very hung over Irmante.  She made it intact from Montevideo to Buenos Aires though.

On the Montevideo to Buenos Aires trip, we shared a taxi into Buenos Aires from the ferry with a couple who were also in the taxi line.  We drove for at least 25 minutes and the taxi was only $9 U.S.  Awesome.  Our mutual friend from Hard Rock London, Carlos from Argentina sort of stood us up, so we are staying with Zora, the Austrian doctor who we met in Cabo Polinio.  She lives in a palace in Buenos Aires with six other girls, fed us as soon as we arrived and then took us out on the town to some huge club that was several stories tall and had an amazing lighting system of red art on the walls and ceiling.  We danced to 90’s pop until we were bored.  The building was packed wall to wall with beautiful women.  It has been years since I was in a club where the girls were dressed up, and I had forgotten how wonderful a building full of beautiful women is to look at.  It was incredible.  I told the most beautiful girl in the club that she was so, but she has obviously heard that many times and gave me a faint smile.  It is hard to be creative sometimes, especially with stunning women who have heard everything that a man can muster up at some point.

I am really not used to smoke in bars.  My eyes are not used to it, and now since I have had the laser eye surgery I do not wear contacts to the bar anymore, which keeps the smoke out of your eyes.  I have hardly been to a bar without contacts in my life, so my eyes have really never been exposed to cigarette smoke like that since I was a child.  Fresh eyes.  It burns the shit out of them!

Zora, who has the best female name I have ever heard and I will likely name my first daughter after should I have to have daughters some day, took us to an awesome rock venue called Mod.  We got wristbands so that we could be in the upstairs VIP area and we met her high profile rock scene friends.  We partied, met Jon Bon Jovi’s doppelganger, and rocked out.  I wore my cowboy hat in the venue and had to pose for pictures with people.  At about 4:30am we went to the house of a friend named Kiki who has restarted the rock scene in Buenos Aires after six years.  There had been an accident that I remember reading about where a rock band had been playing and their pyrotechnics started the bar on fire and 150 people died in the fire and from being trampled trying to get out of the burning bar.  I could remember the story from when it happened, but at that point whatever city it happened in in the world did not mean anything to me because I was not connected to it, so it could have been somewhere like Tel Aviv or Athens.  But, it was here and it means something to me now that I am connected to it with Buenos Aires and my new friends who battled to get permits to be able to have live bands playing the city again.  The rock scene was completely destroyed in this city for 6 years after the incident.

We partied until 8am at Tian’s house.  It had been a long time since we had made the trip from Montevideo to Buenos Aires.  A little thing in a red dress showed up, and was pretty chatty, and I probably should have stayed at the house and gone home with her.  It would have been nice to have had a nice bed to stay in with a woman for the day.  But, I was not sure about her and Irmante was really tired and wanted to go home.  I decided that if I stayed for another couple of hours and did not end up going home with her after, I would have had a hard time recovering from the disappointment at 10am, and I was too tired to deal with me like that at that point, so I got into a taxi with Irmante and headed back to Zora’s house without Zora who stayed to party.  Irmante says that I look at women as ‘flesh.’ 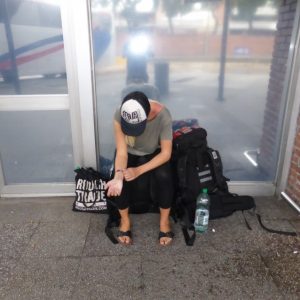 Borrowing from today so that last night can be more fun. 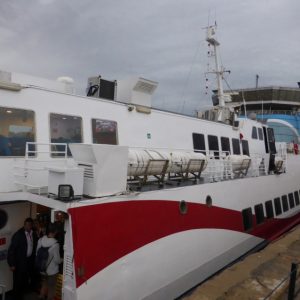 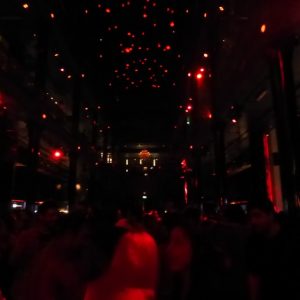 So, we met our friend Zora and she took us to a Magic Party, which was in this club in Buenos Aires. This is the inside of the building. It had been many years since I had been inside a proper club. I had forgotten how beautiful the women are in a place like that. I talked to only one, and told her how beautiful she was, but she seemed to have heard that before many times. 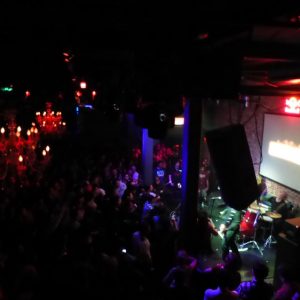 And when we bored of silly dancing, we went to this rock venue called, Mod. Here we met the people who run the rock scene in Buenos Aires. We went back to their house and partied until 8am. Really cool. The rock scene in Buenos Aires is just coming back after the pyrotechnics fire that set a rock venue on fire about 7 years ago that killed some 150 people. The scene died after that because the city made it impossible to get music permits. Our friends are responsible for making it happen again in this fine city. 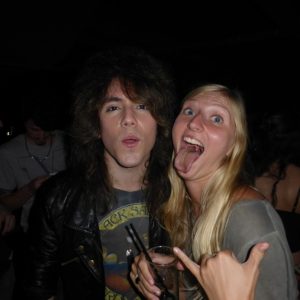 The rock bar Mod is where we met young Jon Bon Jovi.

“Convincing a 20 year old to get out of bed at 10:35 is no easy feat… It turns out that playing Slayer really loud at 10:45 will make the transition happen!  Now you know…”
— Education
[View All]