Mbulu: Out to the Countryside

Mbulu: Out to the Countryside.
Jan 5
I got up this morning and changed guesthouses in Mbulu.

A $2.50 guesthouse is a nice price, but there was no water this morning.  You get what you pay for I guess.
I knew where a $3 guesthouse was across town that had a room with attached shower and bathroom.  I went there to check in and when I went into the room, the water did not work their either.  So, I headed back across town to a guesthouse next to the one I stayed in last night.  I am now in the fanciest place in Mbulu.
I am paying $5 a night for the most luxurious guesthouse in Mbulu.  It is nice.  With a heated shower.  I am living high on the hog… 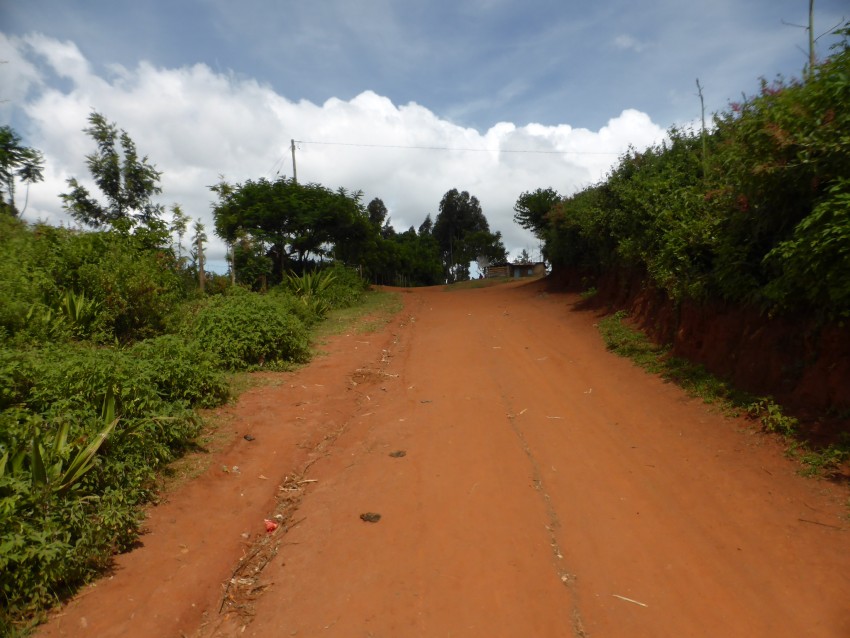 Thinking it is time see where I am, I went to where all of the motorcycle taxi-drivers were parked.  There was a group of about 15 of them.  I asked if anyone could speak English.  In no time, there were 15 or 20 curious people surrounding me, wondering what the foreigner could want…  Eventually some guy came along who could speak English very well.  He made a deal with one of the motorcycle-taxi drivers for me and for $5 I could take the motorcycle for an hour.  It seemed pricey considering the situation, but I just wanted to go and take a drive around the countryside of Mbulu.  I shook hands, got on the bike and cruised out of town. 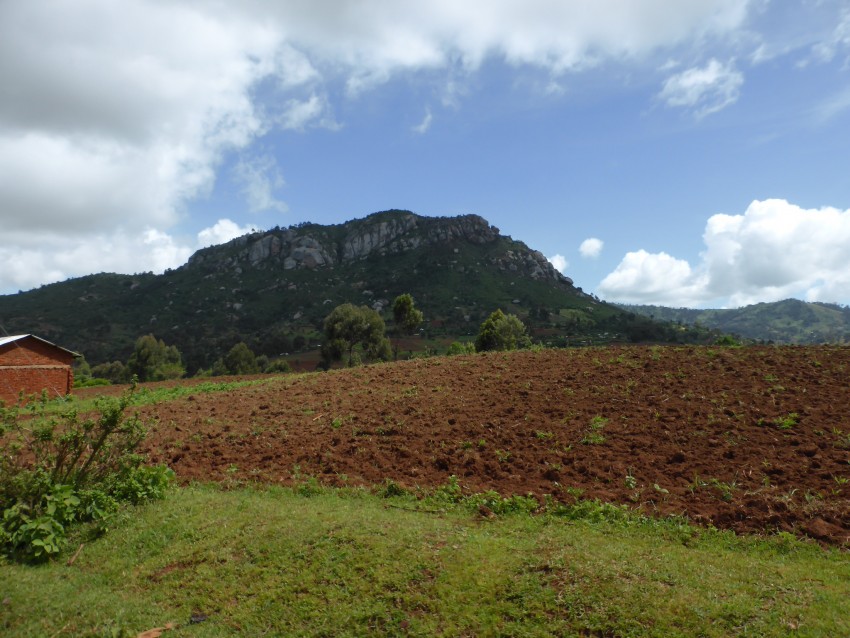 I did my best to get as rural as possible and got off the red road and on paths only for feet or motorcycles.  I got into red earth fields of maize planted with a hoe and a one bottom plow behind oxen.  Everyone on the paths were so smiley, waving at the white guy cruising along their paths on a motorcycle.

A scary-looking working-man with a machete in his hand was walking down the road, and I wish I had a photo of him, but I was too nervous to ask.
So, I stopped at a little hut with a thatched roof to get some photos.  There were three boys watching a television through a window in a small shack.  I got photos of them in front of the thatched roof hut, and then the whole family came outside to meet me.  They were very happy to meet me, and they wanted photos of me.  When I took off my motorcycle helmet and all of my hair was messy and falling all over the place, the mother with black/red teeth was laughing so hard at me that it was a good thing she was laying on the grass because she could not have maintained her balance with how hard she was laughing.  Oh, they liked that.  We got some fun photos together and then I had to leave to get the motorcycle back in time.  They thanked me extensively for stopping by.  It was really nice. 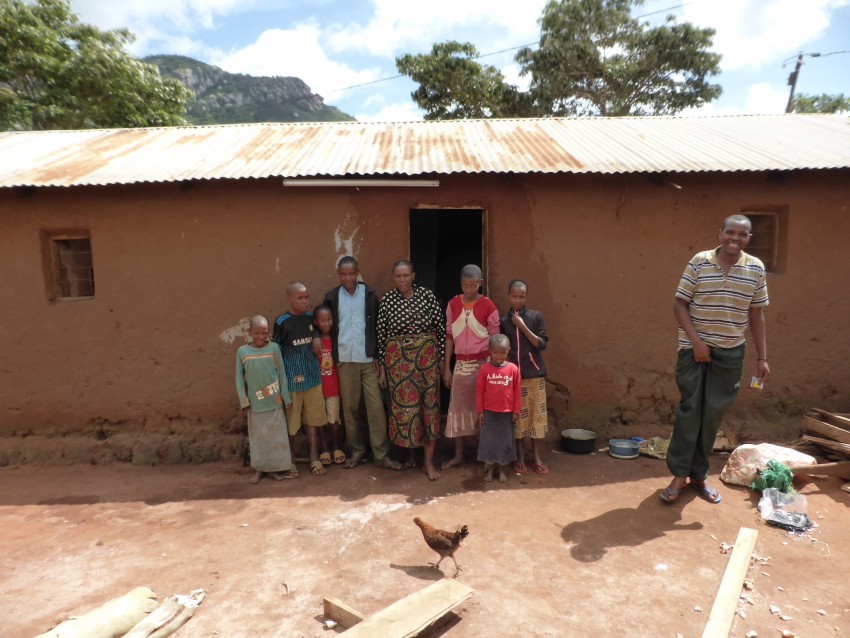 Family photo and a great time to adjust your crotch.

I returned the motorcycle in Mbulu and then went to meet Paulo, 68, a local hog-hauler man who speaks better English than anyone else in town.  I met Paulo last night when I went out for dinner after I arrived.  He seems to be a really good man.  Today he took me for a walk up on a hill behind the town so that I could have an overview of the place and he explained all of the vegetation to me.  He showed me his house that he has been in since 1978.  It is a stick and mud hut.  His kids have all grown up and moved away and his wife has become a nurse in a town far away so he never gets to see her anymore.  The small table for eating in his hut had chairs stacked on it as it has not been used in years and he is a bachelor now.  His entire front and back yard is planted in maize that he eats, sells, and sells the maize stalks as cattle feed.  There are gardens everywhere here, and maize is the premier crop for making something called ‘Ugali’ which is a flavorless mashed corn meal that is which the Tanzanians dip in other foods to give it a taste.  Ugali is the staple and a part of nearly every meal.

Paulo told me that he wanted to make his house bigger some years ago when his family was still home.  He had some bricks for the foundation, but a friend wanted to borrow them.  Then the friend disappeared and Paulo did not have enough money to replace the bricks to build. 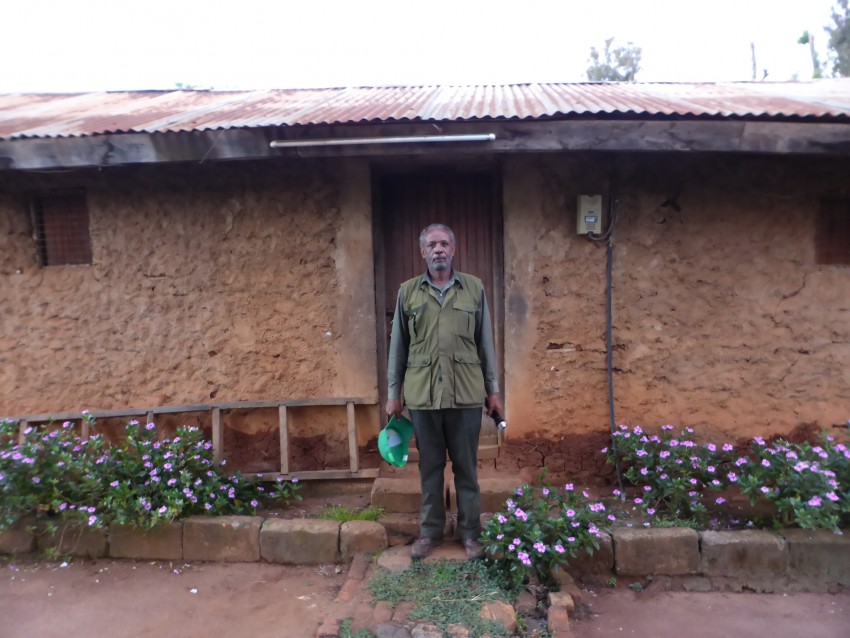 My friend Paulo who has been in this house since 1978.

I went with Paulo to the restaurant from yesterday and we chatted until the mosquitoes began bothering me.  I paid for Paulo’s coffee and came back to the guesthouse at dark.  He is trying to find out some information for me about a migrant naked tribe who live in the mountains.  I sure would like to meet them… 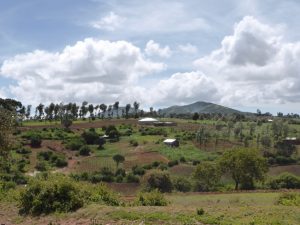 The countryside around Mbulu. 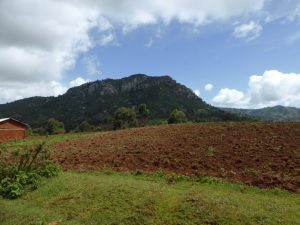 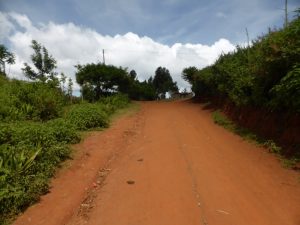 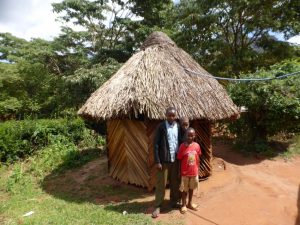 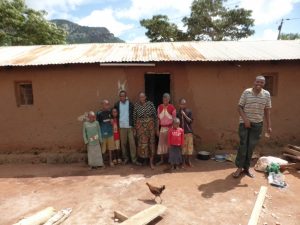 Family photo and a great time to adjust your crotch. 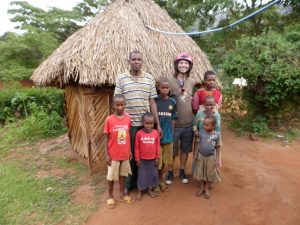 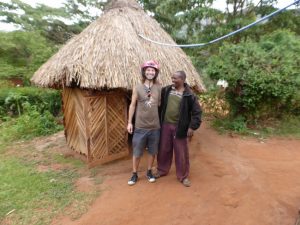 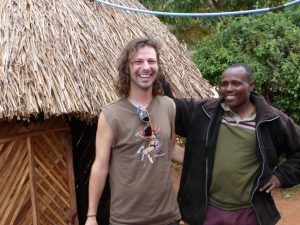 This is when i took off my helmet. The family had never seen hair like that before. The father was pulling on it for fun. 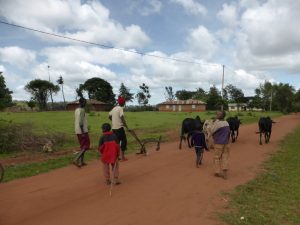 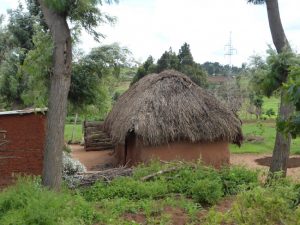 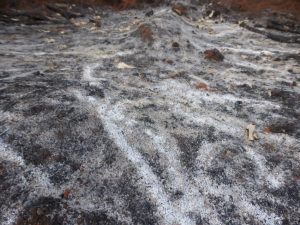 I think these ash burn marks are beautiful. 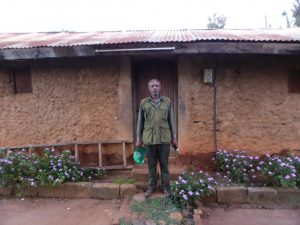 My friend Paulo who has been in this house since 1978. 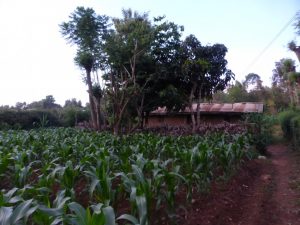 Paulo’s crop of maize around his house.