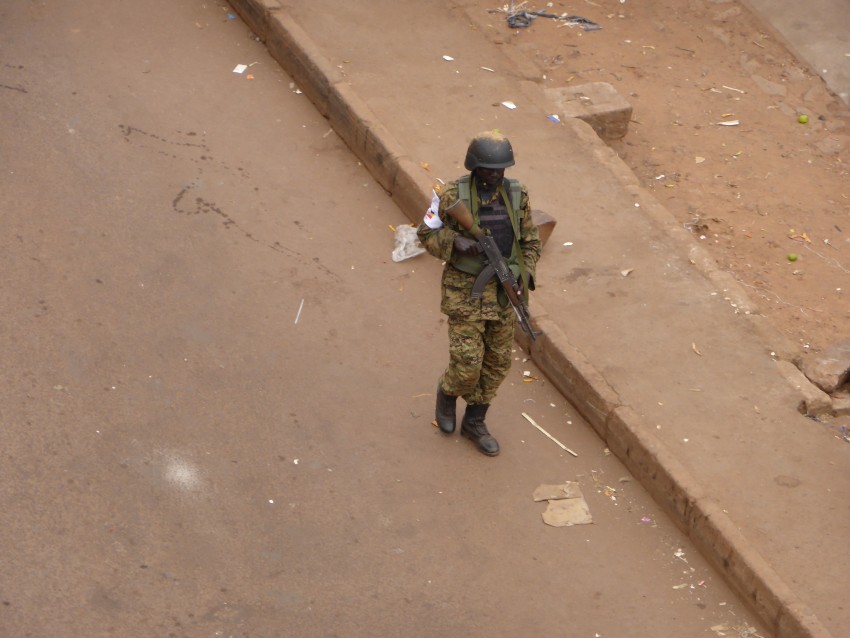 The suspense has built until today, though it was clear that the incumbent Yoweri Museveni would win the 2016 Ugandan election for presidency over Kizza Besigye.

All of social media is still shut down by the government.  Many people are unhappy about the control the government has taken during this time.

– Police armored trucks have arrived in Uganda.
– The African Commonweath has referred to Ugandan’s “Crime Preventers” as “A State Sanctioned Militia”.
– “Follow Twitter, Facebook, and Youtube for accurate and balanced news.”
– Ugandans urged to remain calm after the results of the election.
– No matter who wins, and no matter what you choose as your party of allegiance, you are all still Ugandans.

Around 15:30, many armed soldiers arrived in downtown Kampala to take charge of the situation should any public backlash to the election results occur.

Just before 16:00, the announcement was made.

Perhaps people have given up on democracy

To no one’s surprise, Museveni once again won the elections.  When he completes this next term, at 76 years of age, he will be 35 years at the helm as head of state in this country.

Very little acknowledgement or reaction took place on the street below to the official announcement; it was merely business as usual to the Ugandans.  Riots have taken place for most recent elections in this country, but somehow this one passed without issue.  The streets remained reasonably quiet.  Perhaps people have given up on democracy…

I spent the afternoon with Stella, my local friend.  She told me that during the 2011 elections, her brother was a military soldier.  He told her that word was sent down that if Museveni would win that election, that the military was to just stand pat.  But, should he lose the election, they were to start shooting people to start the war…

The 2016 Museveni “victory” we were apart of today kept him from tearing up the country in a civil war.

Everyone everywhere has recognized that nothing was real in this election except for the corruption.  I have yet to meet anyone who told me they voted for Museveni.  It has been three dirty and foul days in this impoverished country.  People are saying that the voting percentages were set up.  The community of Kasense, strongly in favor of opposition leader Besigye, complained earlier that their votes were not announced.  By word of mouth, Kizza Besigye was the clear winner of this election, just as he is said to have won the 2011 campaign.  However, corruption once again intervened.  Just as Besigye predicted as he finished his campaign – the elections were neither free nor fair…

It is a sad day in Uganda.  Another five years of no change, tattered clothing, no jobs, terrible infrastructure, and the worst conditioned vehicles on the road of any developing country I have ever visited.

Their hearts are broken again. 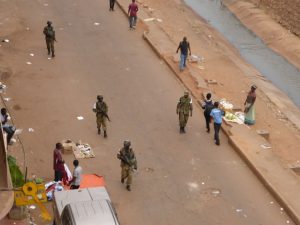 Soldiers coming in to the center of the city just before election results were announced. 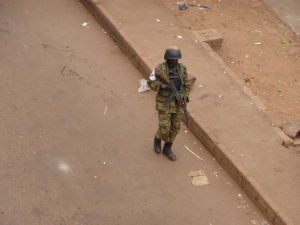 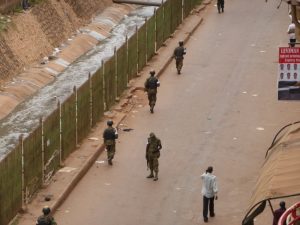 A line of them made their way past my hotel. 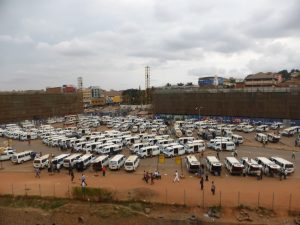 Business as usual outside… 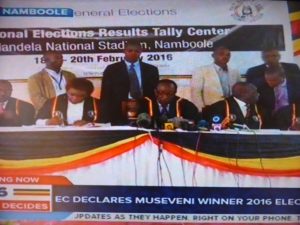 “Joseph told me that Leopold is, “A very big drunk, and a very good driver!””
— Life in Rwanda
[View All]