The Fair Museum in Masindi

The Fair Museum in Masindi.
Feb 15

I took a maintenance day today.  Being up until 06:00 to try to catch up on life is generally just borrowing most of tomorrow for more of today.  But, when you are on a roll, it is hard to stop to reset for the following day.

Masindi is stifling hot.  I walked around and checked out the town in the afternoon, though being in the sun was like being a turkey in an oven.

When I asked an older man who runs a tourism store what I can do in town, he told me that short of going to a national park, there is nothing else to do here.  I really appreciated his honesty. 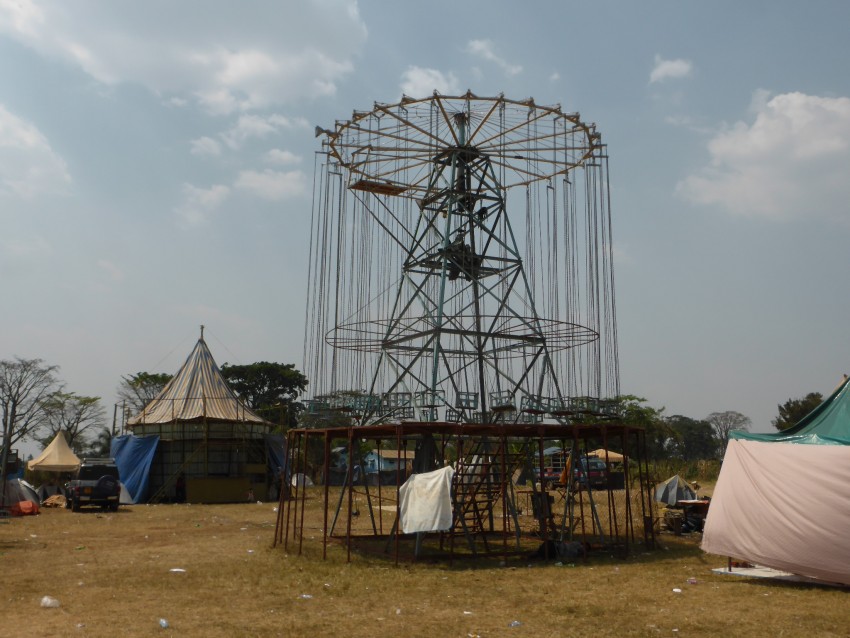 Look at this thing. A swing ride. Terrifying! Put your kids on here if you are not sure you want them anymore…

Yesterday, when we pulled into town, there was a circus tent set up so I went to investigate.  I want to call it The Fair Museum in Masindi.  Inside could have been a museum of old fair rides that have not been used in 40 years because of the danger they present with their fragile parts and neglect for safety.  If you wanted to make a museum of rides, you could just change the name of this “fair” to “museum”.  I was frightened just looking at the rides.  It was essentially The Fair Museum in Masindi. 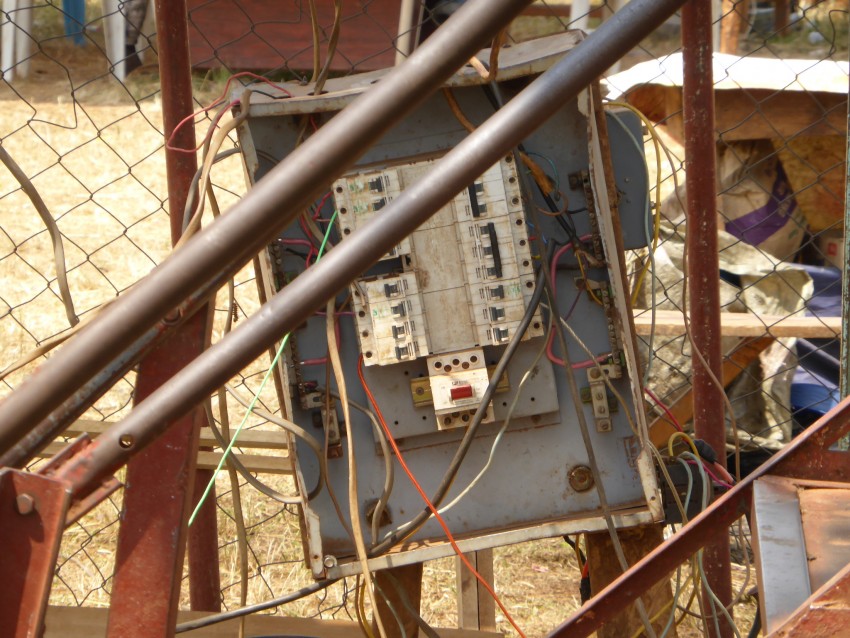 The breaker box for the swing….

In the evening, the guy who has been selling me mobile phone credit took me to the fair grounds.  It was quiet so we tried two nightclubs, settling in at the one that was busiest with five other people.  I had a Guinness in there that is called “Foreign Stout”. Now, Guinness is my favorite beer in the world, but this “foreign stout” concoction, made in Kenya, sits somewhere between “shitty” and “completely undrinkable”.  Guinness reps need to get their asses down here to see what it going on and what people are doing to their beautiful product.

After one beer, I had enough of nothingness so I went back to my guesthouse to go to bed.

Napkins are infrequent in Uganda.  Maybe they cannot afford the price of harvesting and processing the trees?  It is really good that paper is not being wasted, but sometimes, you really freaking need a napkin! 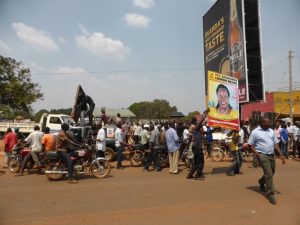 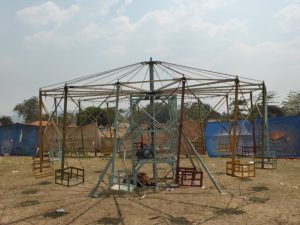 Even the little swing is scary. 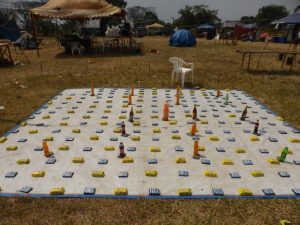 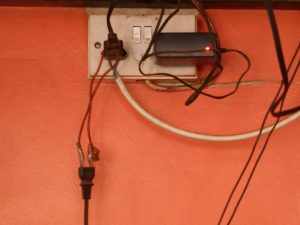 Electrical work in Uganda. Who needs a power-bar. Those three running off the the left plug… Wow…

“Yes I am smiling but you're not the reason anymore.”
— Seen on a t-shirt on Buenos Aires
[View All]