Kampala: A Gorgeous Translation of Ugly Voices and Smacking Locals

I left the guesthouse in Entebbe at about 14:00 and went to a restaurant to meet Stella, who wants to accompany me to Kampala.  I figured that would be fun and a pretty lady companion for a couple of days would probably be a good time.

Stella and I caught a mini-van to Kampala, and went to check in a day early for the hotel room I had reserved for tomorrow.  No problem!

It was early afternoon and I wanted to walk around the city.  Kampala is a crazy busy city that is always moving.  Kampala is an anthill that has been kicked… It is just crawling with people, cars and motorcycles.  You have to have your senses turned on full here or you will be run over.  No one cares about anyone here.  It is the busiest city I have been to anywhere outside of Asia.

I learned that African men really do not respect a Caucasian man with what looks to be an African girlfriend.  Also, it was really interesting to know what is going on behind the scenes with the local language as I walked past.  Stella giggled a lot as the men we walked past made plenty of comments to her.  I had her translate when she was laughing.

Some were very funny.

There were plenty of rude comments, as I could feel many conversations about us and heard the word “Muzungo” many times.  I felt bad for walking around with her at times.  These were some of the ugly Ugandan voices of what men were saying to her…

“You got a white man.  You are rich now.”
“Ah, you are a prostitute.”
“Is that guy having money?  How much is he paying you?”
“He is going to leave you.”
“She is still young, but she is selling herself to a white man.”
As we were walking into a restaurant in a hotel, someone shouted at her, “You are going to fuck him!”

I have lost any interest in making friends with any more Ugandan men while I am in this country.  I felt terrible for Stella and the way they were talking to her.

A security man wearing camouflage and holding a gun in front of a bank asked me if Stella was my wife.  I told him that she was.  He told me that I should give him some money then for getting a Ugandan woman.  It was one of the dumbest things anyone has ever said to me.

“Yea, you are right.  I should.  Give me your bank details.  I will give you everything I have because I am with a Ugandan woman…  It sure is a good job that you have this job here where you sit in the sun all day with a rifle in your hands, because I am certain you are not smart enough for anyone else to hire you.”  I had to walk away before these things started coming out of my mouth…

The craziest thing that happened was when we were walking down the street in Kampala to come to the hotel. We had just been to the bakery and had treats in paper bags in our hands.  I had one paper bag and Stella was walking behind me with two.  It was daytime as we walked past a group of four or five motorcycle taxi guys.

After about 10 steps, I realized that Stella was not right behind me.  When I saw her, I noticed that one of the motorcycle taxi guys had her by the arm.  My mind was mentally checking what was going on as I saw the paper bags shaking back and forth in her hand as a man in the group tugged on her arm and she tugged back to free herself.  It was strange as I do not even remember making a decision in my mind.

After it was over, I realized that I had walked back to where the man had a hold of Stella’s arm.  I moved in without thinking about anything and I slapped the man as hard as I could on the top of his hand that had a hold of Stella.  I remember seeing his hand open as soon as the smack action completed.  Stella was released and I turned and walked away, her right behind me again.  I just reacted without thought.  I could hear the other men laughing at the man who had grabbed Stella.

I was surprised at my reaction. The man who had grabbed her was very, very surprised by what had just happened, and his friends were also surprised by the events.  Stella and I just carried on again and said nothing about the incident.  I realized as we were walking away that the expression on my face had never changed from the moment that I realized she was not behind me, to smacking the man, to us walking away again.  I just dead-panned the whole situation.  To be honest, it felt good to hit him for being an asshole.  I was really proud of the way I handled the situation as firmly as I did.

Thirty minutes later when Stella and I were at the hotel in Kampala, I asked her casually if things like that happen to women often in Uganda…where men just grab them.  She said it is the first time it has ever happened to her.  She said, “Those boda-boda (motorcycle) guys have bad manners.  The man who grab me said, ‘You come here.  My friend wants to talk to you.’  As we walk away, the friend of man say, ‘You see.  You did not know she’s with that guy.'”

Stella told me that the man who had grabbed her was so surprised by me that he said nothing as we walked away.  She loved it. When we were talking about it in the hotel, she could not quit laughing about what I had done to the man. 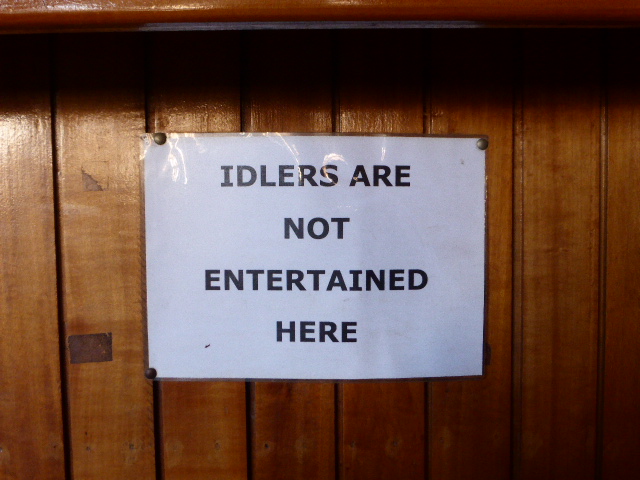 In the evening, Stella and I went to Centenary Park to a bar/beer garden there that was supposed to play live music on Wednesdays.  My internet information must have been old because there was nothing besides terrible pop music being played at absurd levels.  We had a drink there, a drink in another bar and came home at about midnight.  I am the third man that Stella has ever seen naked and certainly the first white-guy.

So, I showed her the helicopter.  She was not quite ready for that…

Stella refers to mixed-children as ‘cross-breeding’ in the same manner that we use it to refer to cattle on the ranch at home.
I am totally an experiment for Stella.  She was studying my hands and remarked about how the scars on them are a clear white.  She was amazed when she scratched a mosquito bite on my arm and the skin turned red.  She had never seen that before.  She was studying the green veins in my arms, never realizing they were such a color before.

When we went to look at hers, through her darker skin, it is apparent that they are also green. Without knowing what color mine are, one could easily assume that the color of her veins are a dark-brownish color.  However, the highlight of it all was when Stella was explaining to me that the inside of her hoo-hoo is pink.  I told her it is the same with all women: Asian, Latin, Arabic or Caucasian…  That completely blew her mind!

A day spent with a pretty girl while hanging out in a city and fooling around in a hotel is a pretty good day! 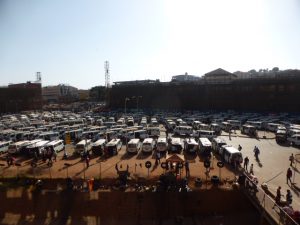 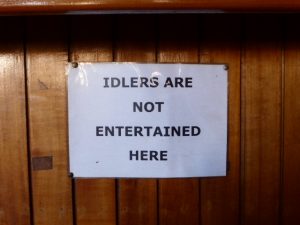 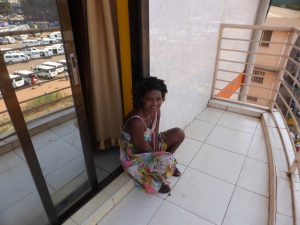 Stella at our hotel. 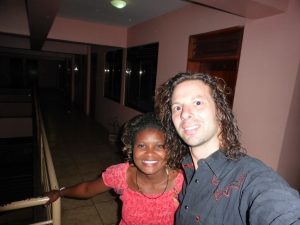 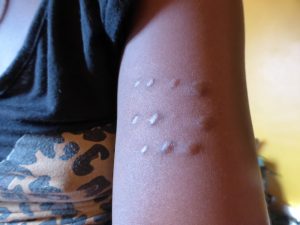 “'Malcontent' – Slip that one into your vocabulary today to trick people into thinking you are smart!”
— Smart Sounding Word of the Day
[View All]