How to Get a Chinese Tourist Visa in Bangkok 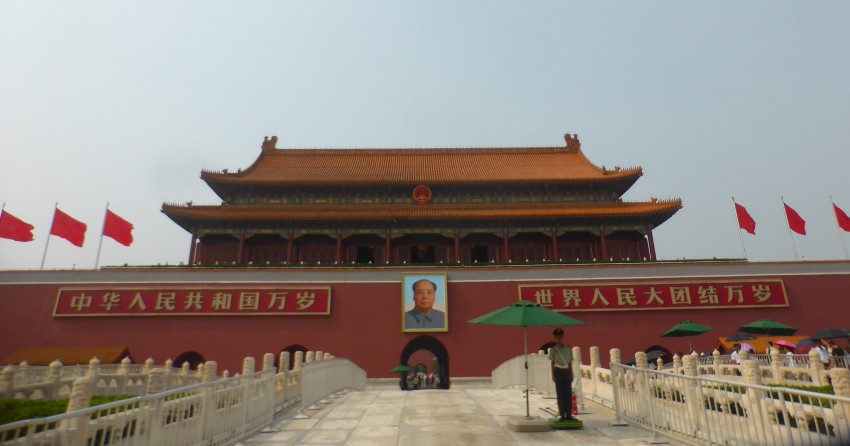 So, the Chinese tourist visa is a bit elusive and somewhat tricky to get. The rules for getting a Chinese visa vary depending on what country you are standing in. It is strange how there are no real consistencies.  Here is what I know:

I travel on a Canadian passport, and entered the Chinese embassy in Prague, Czech Republic, where I asked if it was possible to apply for the tourist visa there on a non-Czech passport. The lady behind the counter said it was no problem. She said it would cost €75 for my Canadian passport to have the Chinese tourist visa processed in Prague four days.

I took that information with me to Athens, Greece, where I was traveling next. I went into the Chinese embassy in Athens with my passport and application papers filled out. The girl behind the counter refused me saying that I either needed a Greek passport or else Greek identification to apply for a Chinese visa in Greece. I told her that the Chinese embassy in Prague said they would process the visa. She told me to fly back to Prague. Hmmm.

However, it is important research information for yourself. Do not always just take some bloggers word for things! Because…

My friend went to the Chinese visa application center in Bangkok and found out that it was possible to apply, process and acquire a Chinese tourist visa with a non-Thai passport in only a day or two, as long as you get your ducks in a row!

And not only that, but you can get the visa rush processed in Bangkok!

As soon as my friend called me with the news, I booked a flight from Athens to Bangkok.

What are the ducks you speak of? Well, let me tell you!
You are going to need…
1) a passport with at least six months of time before the expiry date.
2) at least one blank page in your passport and room for stamps on another.
3) a printed itinerary that not only shows your flights into China, but out as well.
4) a photocopy of your passport information page.
5) a printout of your pre-booked hotel itinerary where you will be staying in China.
6) a photocopy of the page with your Thai entrance stamp from your passport.
7) a handwritten letter where you state you will not work in China (do not worry, they will help you with this in the Chinese application center).
8) two passport photos. And these are sticky. The background has to be bright white and your shirt must be a dark color to contrast. This is serious. The lady in the Chinese embassy in Athens told me that I would need new photos before she told me I also needed to be Greek!

Yes, an eight-point list for a Chinese Tourist Visa seems daunting, but it really is not. This was actually as easy as ice-cream to complete.

But I know what you are thinking. ‘I do not want to buy flights in and out of China before I even know if I will be granted a visa.’ I hear you screaming. We felt the same way. Luckily your old pal Beaver had a solution in mind…

We went into a Thai travel agency on a Tuesday. In the place of business, we paid the travel agent the equivalent of $10 each and they made us itineraries with flights in and out of China. We chose a flight from Bangkok to Beijing for three days later on the Friday. We chose flights from Beijing back to Bangkok two weeks later. BAM, fake itinerary printed! Check!

I know what else you are thinking. ‘But I do not want to spend a load of my hard earned cash on a hotel that I may not even get to stay in if I do not get the visa.’ Well, let me tell you, I was on your same wavelength once when I was in your same position. It is important to be resourceful when you are poor. Where are you staying in Beijing? I am just kidding. You do not have to bother telling me. It does not matter. What you are going to do is you are going to go to the Booking.com website and find yourself a hotel, any hotel, that has free reservation and free cancellation.

Your best move would be to choose on of those hotels on there that does not even require you to enter credit card information on the booking. Get yourself a hotel lined up for a week and get that hotel booking printed off. We did not even book a hotel for the duration of time from when our flights would land and when they would leave. We just booked a hotel for the first week.

Got that hotel reservation printed off yet? Good. Now cancel the booking. I am not kidding. You have the paper you need. Cancel that reservation now before you forget. It would not be fair for someone to be waiting for you to arrive at their hotel where you have no intentions of staying.

Okay, now take those papers to the Chinese visa application center along with a photocopy of your passport and Thai entrance page. (If you forget copies of these, it is not a problem, you can pay to have it done at the Chinese Visa application center.) Make sure, though, that you remember to bring those two passport photos of your beautiful body in a dark shirt in front of a bright white background that I mentioned earlier…a photocopy of your face will not suffice…

Alright, so you have the itinerary, the hotel booking, the copy of the entrance stamp, the copy of your passport information page, and the two passport photos right? Good. I am just making sure you are still with me here.

It is go time on the Chinese tourist visa!

Dress nicely. It seems like the appropriate thing to do. Maybe now is a good time to cut those dreads out of your hair. You look unkempt and you are not a real hippie anyhow!

Are you ready? Great.

Do not go to the Chinese embassy. You need to go to the fifth floor of the Thanapoom Tower in Bangkok to apply for this visa. Yes, that is where the Chinese Visa Application center is located.

Getting the wheels in motion:

The girls at the front desk of the Chinese visa application center are very sweet. In fact, the girls are so sweet that you might feel bad that you have a a fake itinerary and a pre-cancelled post-printed hotel reservation.*

It was 10:50. We asked for same day visas. The lovely girls told us that tourist visas do not process on the same day. ‘Okay, fine.’ They said they would be able to process them by the following day to be completed by 15:00. ‘That sounds good ladies.’ Then the girls told us to hurry because we had to have the application completed by 11:00 to start the process today. We were handed a printed letter that we simply had to re-write on a blank paper which stated we were only coming to China as tourists and would not work while we were in the country. We actually had to hand-write those letters. I appreciated the simple sweetness of the letter. ‘I have written it by hand. I promise I will not work in your country.’

The girls took two passport photos from us and at 11:03 they handed us pre-printed numbers that would be called so we could go to a window to hand our completed applications to an official. The ticket had been printed out at 10:56. I realized the importance of this stealthy move by the girls when our number was called and the official behind the window scanned out ticket number to confirm that we got a number before the 11:00 cutoff.

It happened the the official was a very nice girl as well and she went though our paperwork with us. She requested not only our phone numbers at home, but also our phone numbers in Thailand. We both had SIM cards for Thailand, but my friend did not know his number so he gave them the number of our Thai friend from Thailand instead and made it seem like it was his own number.

Well, my friend with his UK passport was entitled to a single-entry 30-day Chinese tourist visa for 2,650 baht ($80). With my Canadian passport, I was issued a multiple-entry 60-day at a time Chinese tourist visa for the duration of my passport, which happened to be 84 months for 4150 baht ($125). Amazing! We were told we could pick up our passports at 15:00 the next day!**

We did it! It happened! We were going to get our visas for China while we were in Thailand! You can make it happen too. It is actually really easy to do. You just need to have your paperwork ready.

Later that day I received a phone call from the Chinese consulate. I was nervous to know what the call was for, but it was just our very nice Chinese visa official telling me that I would only be getting a 79 month visa rather than an 84 month visa because she had miscalculated the length of time remaining before the expiration of my passport. ‘No problem. Thanks super nice visa official!’

No dramas though! We showed up the next day, payed for the price of our visas and we were handed our passports with our Chinese full page visas inside! It worked. With our passports in our hands, we exited the Thanapoom Tower and high-fived each other outside!

And now you know how to get a Chinese visa in Bangkok in a non-Thai passport. Have fun. You are going to love China.

*I had no guilt about presenting illegitimate hotel and flight reservations to apply for the visa. Once the visa is granted, I am allowed to travel to and from China as much as I want for half of the year at 60-days per trip. The presentation of hotel reservations and entrance/exit flights on subsequent visits over the life of the visa over the next 6.5 years will not be required.

**It would have been cheaper has we not requested rushed process times.  We just wanted the visas as soon as possible.

“A hooker fight is taking place right at this very moment as I write this blog before going to bed.  They are just below my window and in front of the bar I was in last night.  Some of them out there last night were very pretty.  The audio levels of high-pitched African female voices screaming at each other are crazy.  They go from yelling to screaming, to squealing, to yelling.  It has been taking place for at least 10 minutes.  I would love to be downstairs watching it right now, but I am too afraid of being murdered.”
— Life in Tanzania
[View All]