Grootfontein to Otjiwarongo: The Last to Evolve 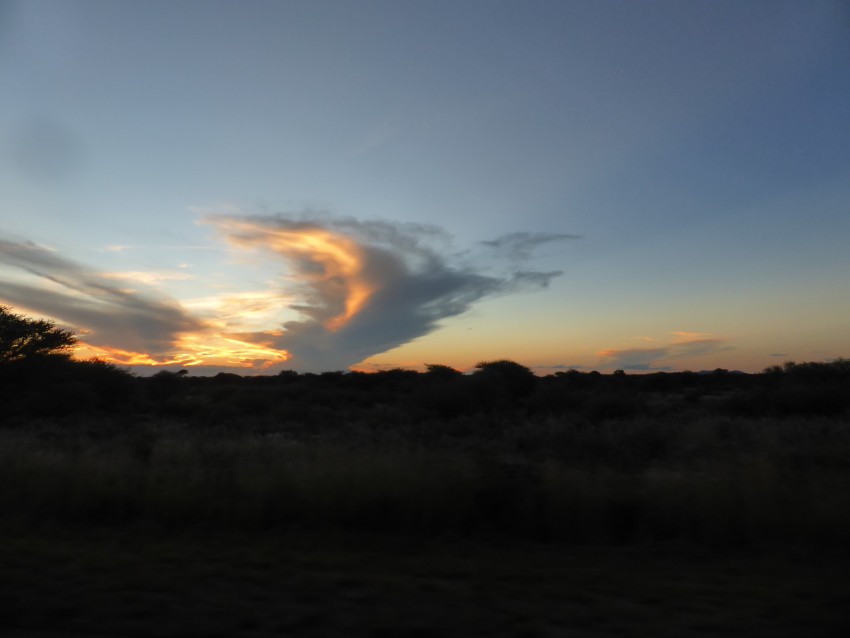 Travelling from Tsumeb to Otjiwarongo.

April 6
The Meteor Inn fed me a huge breakfast today and then I got into contact with two local friends, Tosh and James, who I had met yesterday in Tsumeb.  They asked me to wait for them because they said they wanted to travel with me.  I ended up catching a taxi from Grootfontein to Tsumeb to meet them.  On the way, a fellow rider asked me if I was travelling alone.  When I confirmed I was, he asked me, “Are you not afraid of black people?”  He was the second person in two days to ask me such a question.

No matter who the woman is, they love the handbags.
Tosh and James met me nearly as soon as I got out of the cab.  They had a large bag between the two of them and said they were ready.  They had a friend with a car who was going to meet us.  They said we would go wherever I wanted because they had never really ever travelled before.  Tosh had never seen the sea in his life.

In their bag were many purses and watches.  I asked them what they had for money.  They said, “Ah, don’t worry about us.  We have a way.  We have things to sell.  We just need to get the money out of their pockets.”  Tosh later asked me, “Do you understand how it works?  We need to understand the psychology why?  Then we will be rich.  But no matter who the woman is, they love the handbags.  No matter what age.  It can be a woman from the bush.  They can say to me, ‘I don’t want.’  And then I show them and they ask, ‘How much?’” 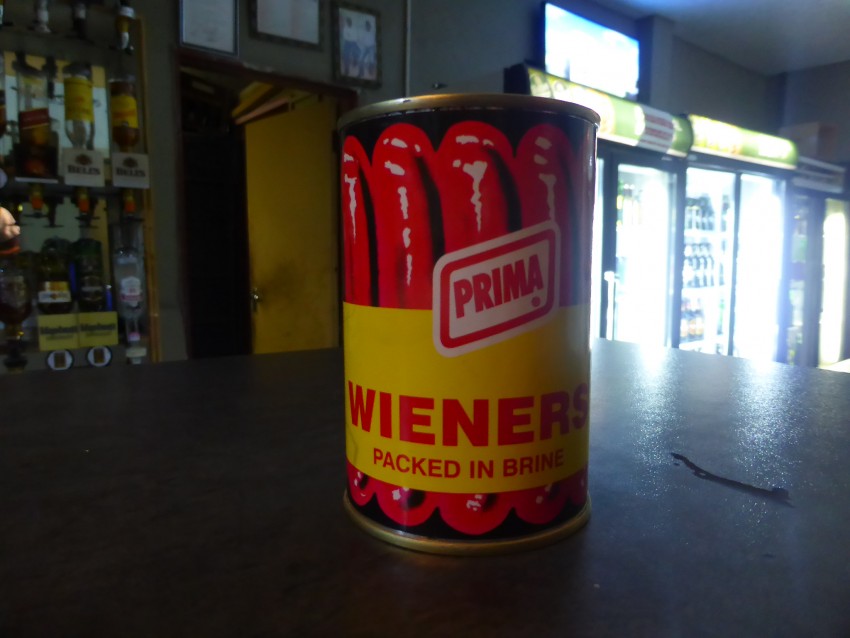 Me – “You guys don’t eat these do you?”
Local friends (simultaneously) – “Those are good!”

We caught a bus from Tsumeb to Otjiwarongo for 100 Namibian dollars ($6.61), and were dropped off at a gas station where Tosh, James and I were chatting when their friend Pendukeni pulled up in a car.  That worked well!  We shook hands and I realized I am not cool enough to shake hands with a black man correctly.  We jumped in the car with Pendukeni and drove to a house where some girl in a towel greeted us.  She would not let us stay at her house so we ended up at a campground where I rented a tent for 180 Namibian dollars ($11.90) where Tosh, James and I would sleep for the night.

I wanted a beer so we went to some pub where a jukebox played next to the bar and cds were numbered and secured to the wall.  You would enter the cd number and then the song number from that cd into the jukebox.  I have never seen this system before and it was pretty cool. 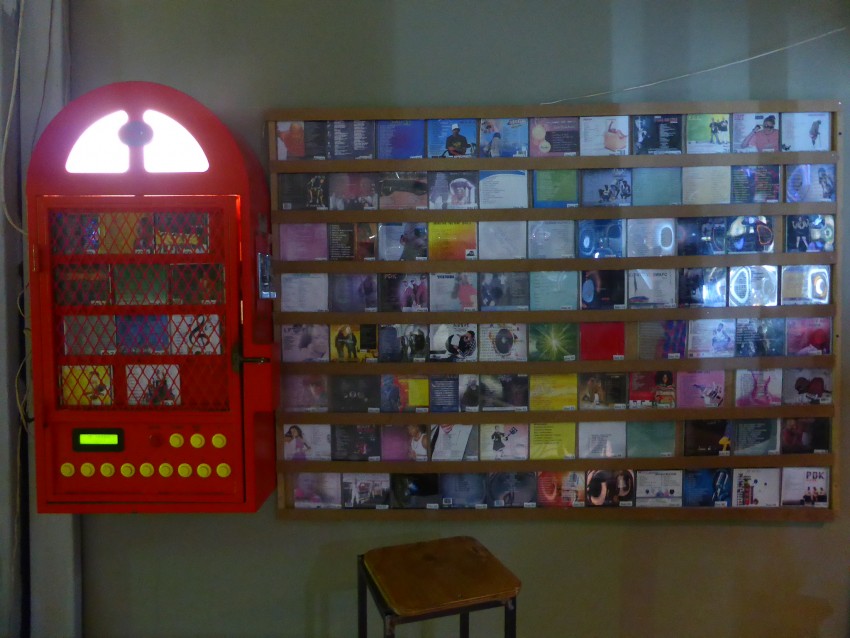 Jukebox and catalog on the wall next to it.

Tosh, James and I mostly talked to women, comparing racial likes.  They both prefer bigger women in contrast to my own.  They said, “How can you like those skinny girls.  We like the big ones.  We know they are not sick.  They are healthy.”  Well, that does make a lot of sense with HIV considerations…

They were asking me about European women and Tosh referred to European females as, “Those women with the weird blue eyes!  We don’t understand that.  They are scary!”  I have never heard blue eyes referenced in such a way before.

Ah, why are white men so hairy? You guys are baboons!

We went back to the campground at night to our tent.  We had been talking a lot about life and comparing our existences.  Pendukeni went to stay at a friend’s house and I pushed the two single beds in the tent together so that the three of us could sleep across them.  Tosh said to me, “You are so smart.”  I was just pushing beds together so that two dudes did not have to share one.  Tosh said, “You, with your mind, you would be very powerful in our country if you decided to move here.”

As I went to go to bed, I took off my shirt.  This is what came from my friends immediately after:  “Ah, why are white men so hairy?”  “You guys are baboons!”   “So, you are the last to evolve!”

It was very entertaining!