There was not a lot of sleep to be had as we went to bed late last night and I was up early this morning because of a pair of wondering hands.  Life can get worse…

We got on our Cusco to Aguas Calientes $100 U.S. tour to Machu Picchu in a van with about 13 other gringos.  I had to sit beside a crusty woman from Argentina who was a nasty human being.  Our bus pulled into a fuel station, took in as much fuel as the tank would hold, and then our driver would drive forward, smash the brakes, back up to the pumps again, smash the brakes again and the attendant would be able to squeeze more fuel in.  The attendant managed to get one more gallon of fuel into the van.  It was a 5 minute process and the van kept running the entire time.

I slept for most of the drive from Cusco to Aguas Calientes, but it was beautiful when I opened my eyes.  We had a 6 hour drive to get to a town where we had to hike from for two hours to get to Aguas Calientes.  The road was beautiful mountains that are entire rock faces that turns into jungle with banana plantations in the middle.  In the middle of a mountain, there is sometimes a small house that I wonder how anyone ever gets to, and why and how they have chosen to live in such a place.  There is always a nicely groomed garden behind the house that is on such a crazy mountain angle that it must be a nightmare to weed.

Every 10 minutes or so along the road from Cusco to Aguas Calientes there was a small village, then bare mountain roads, and then a small village again.  Once the villages stopped coming so frequently, every ten minutes or so would be a waterfall coming down the side of the mountain that would cross the road which we would have to drive through.  The water would cross our cliff-hanging dirt road to continue falling another 700 meters straight down.  Our van driver would honk his horn around every hair-pin, cliff hanging, dirt road curve to avoid a head on with anyone else coming and certain death.  The falls off the cliff were over a half a kilometre in many places…straight down.

There are no roads to Aguas Calientes, and only a very expensive train will take you there ($25 U.S. one way for a 25 minute ride, in Peru!).  So, we walked along the tracks as most backpackers do.  It was about a 2:30 minute walk.  It is gorgeous with a river and waterfalls all the way in, and massive rock-face mountains lining path.  No wonder the Incas set up a huge ceremonial home here.  I could not quit thinking about Hiram Bingham who was the first gringo to expose Machu Picchu in 1911, and what his trek was like to get here.  It is a big job today, but 100 year ago the bad roads we arrived on would not have existed.  So, it would have been a massive donkey journey of hacking through the jungle.  And where did that journey start from, Cusco?  It would have been weeks to get here.  But the first time he saw these hidden ruins…  Wow.  What a feeling…

Aguas Calientes is an awful tourist town full of hawkers trying to get you into their restaurant. If you make eye contact, or point at something that might be interesting, they are on you like stink.  I began pointing at them aggressively when they would come at me to try to lure us in.  I am not a fan of Peru.  There has been too much tourism here and the people are disgustingly aggressive to get the gringo money. 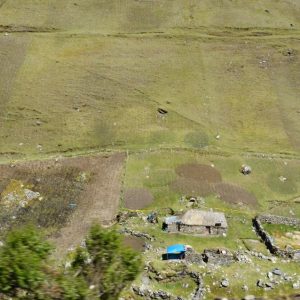 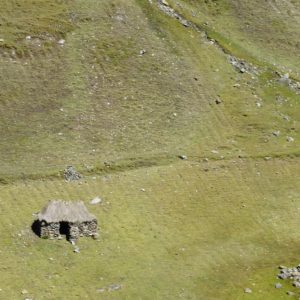 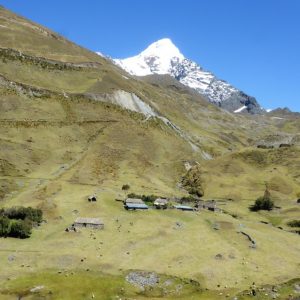 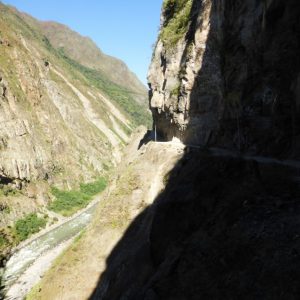 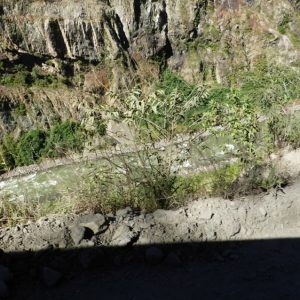 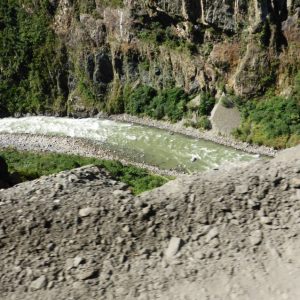 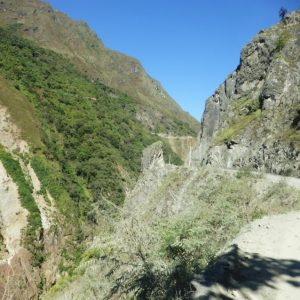 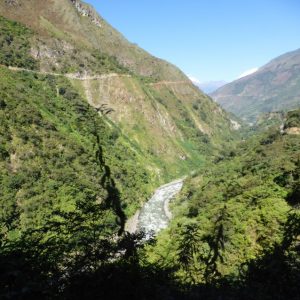 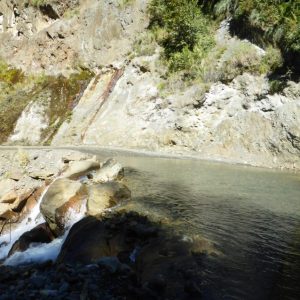 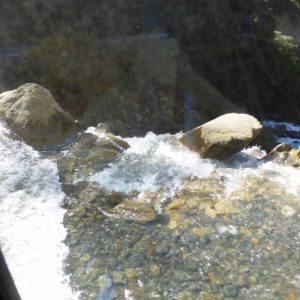 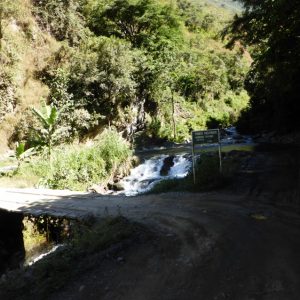 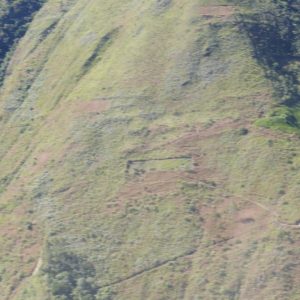 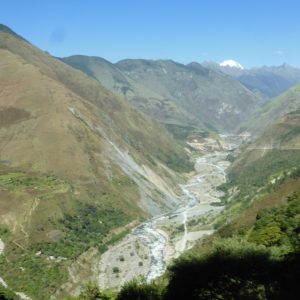 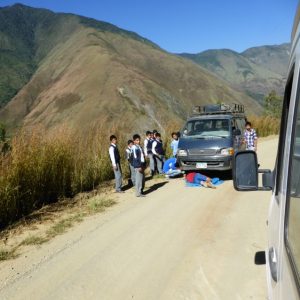 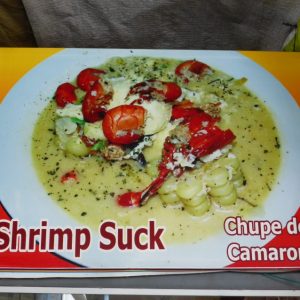 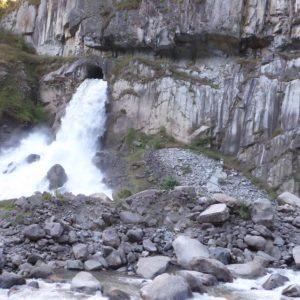 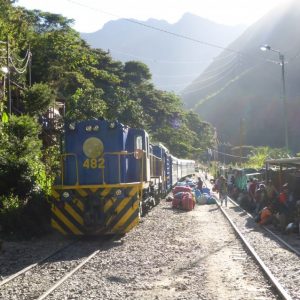 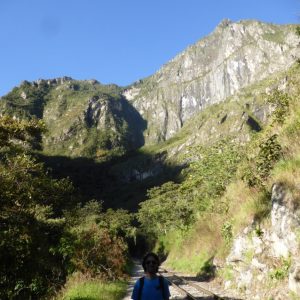 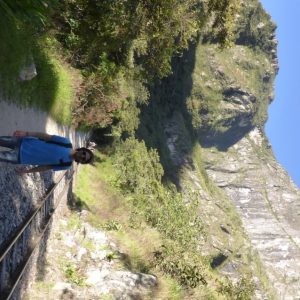 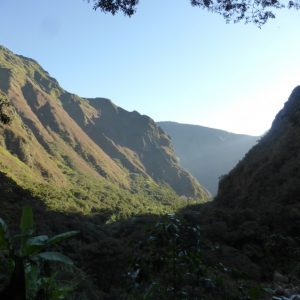 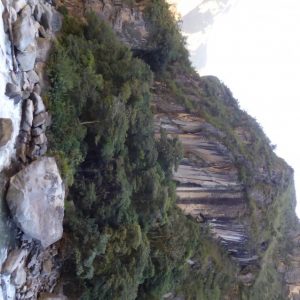 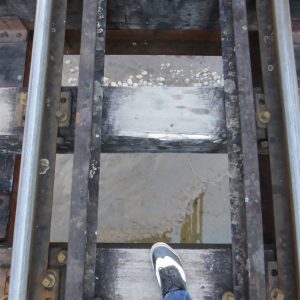 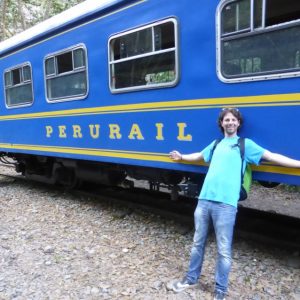 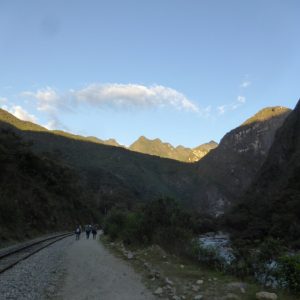 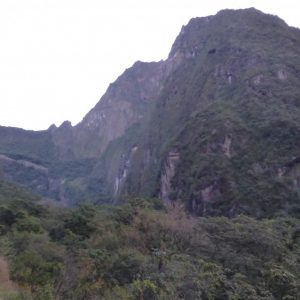 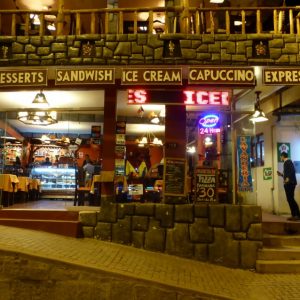 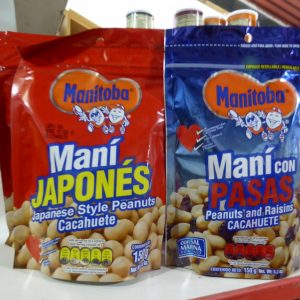 The locals told me they wished they were Saskatchewan because they quality would be better.

“He said that gossamer is the strongest substance known to man. It is the substance spiders produce to make webs. With science, they have tried to exploit this. So, they have taken genes from a spider and genes from a sheep to produce an animal that can create this substance as an industry. He said this is really taking place today.... Man is actually creating monsters. What a conversation....”
— Fascinating Conversations
[View All]