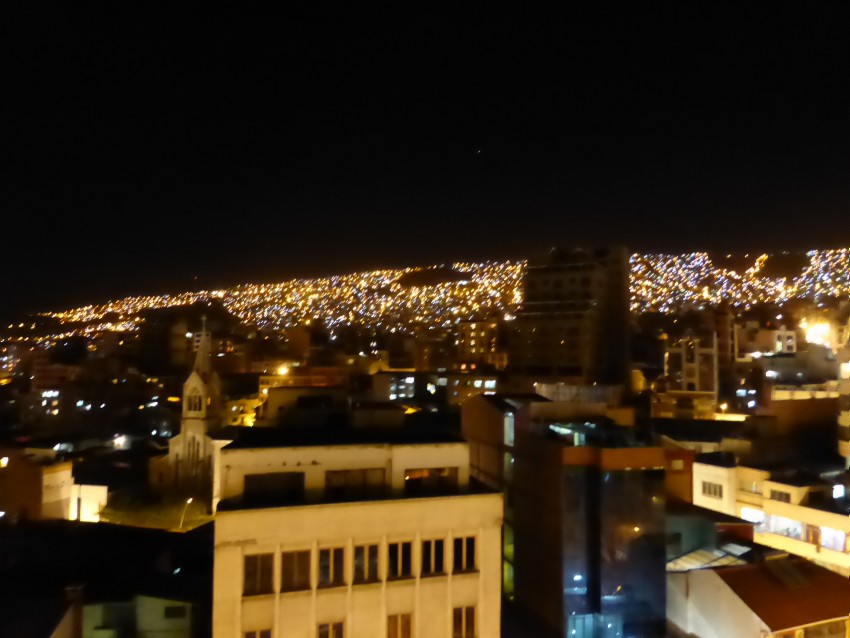 If you are looking for a pretty city, go and check out Beautiful La Paz.  It is sort of in a bowl of a mountain and the city climbs high with earth brown houses all around it.  It is one of the prettiest cities that I have ever seen in my life.

I was hanging out with the English boys and sort of talked myself into climbing a mountain with them.  I am getting fat and I could probably use the exercise, and I can only do seven chin-ups now and that pisses me off.  I have never even considered doing something like climbing a mountain before, and the idea of being cold and dealing with -15 C is far from appealing, but it will be a completely new challenge that I have no idea how my body will react.  Based on my breathing problems that I have been experiencing ever since I arrived in Bolivia, it seems to be a very poor decision.  Failure scares me.

I was in the bar in the hostel for a while as English boys Tom and Sam were kicking ass and actually won the night of beer pong.  Dumb girls with terrible opinions are unbearable.  As I was watching the boys play, I was visiting with an Israeli/American girl.  Our conversation went like this…
– Her, “You have a little bit of an English accent that I can hear.”
– Me, “No, I don’t.”
– Her, “Yea, a little bit.”
– Me, “Nope….”

Death Road bike ride tomorrow.  No parting tonight!  That ride is going to be totally awesome!