Potosi to Cochabamba: A Connection and a Near Miss 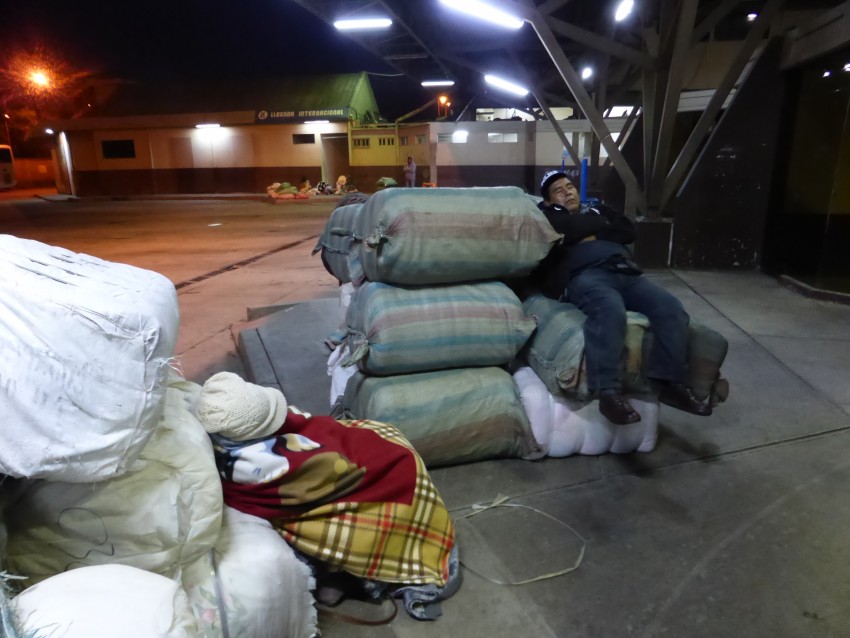 Potosi to Cochabamba: A Connection and a Near Miss.
May 5.

Last night after we got back to the hostel in Potosi, I had a visitor who asked to remain anonymous because of this blog.  But it was really nice to have her over and spend some time with her.  She actually did not even want to be mentioned and told me to write about everything except her, but I can not change what I have been doing for 9 years for someone, so I will just make her identityless.  It was an awesome night though.

She showed up and I was in a hostel with a dorm room booked, but I had not moved into the room yet.  After she arrived I asked the desk lady if I could have a double toom to take Identityless for a sheet toss!  Desk Lasy was very helpful.  I guess she was one young and frisky herself.  Identityless and I headed into the room and sex happened.  Before it happened and she went to move hear mouth to my groin area, she asked me if she have any concerns about doing such an act.  No need to worry my dear!  Let’s do this!  We followed that up with intercourse!  Life is good!

I spent the day working on the article for the fighting festival, so I was kind of geeked out in the afternoon and did not feel like doing much of anything.  As I went to go and find something to eat, I ran into Anonymous on the street.  She was about to head off on a journey.  I walked her to a street corner where we departed.  At the depart I went to shake her hand.  She looked at me and said, “What!  We just slept together last night!  We are not shaking hands,” and kissed me on the lips.  Her reaction was amazing!  It was the highlight of my day.

Then English boys who joined us on the Tinku trip and I caught a bus to Cochabamba in the evening.  We nearly missed the Cochabamba bus.  Tom who went first in a cab had to hold the bus up.  It was a little stressful for everyone, but I kind of enjoyed it because there was no stress on me at all for a change.

I felt bad for Tom though, who I imagined was there waiting with ‘holding up a bus’ pressure of the hatred of 40 Bolivians staring down at him.  When we actually arrived at the station, the bus had pulled out of its parking space and was waiting for us further back in the parking lot while another bus was then parked in its former stall.  That was a close one…

We rode the bus through the night to Cochabamba.  It was unbearably cold.  The space between the bottom of my jeans and my socks was even cold.  I think it must have been only 2 degrees Celsius.  I need to head north, NOW!  I am too free to be this cold.