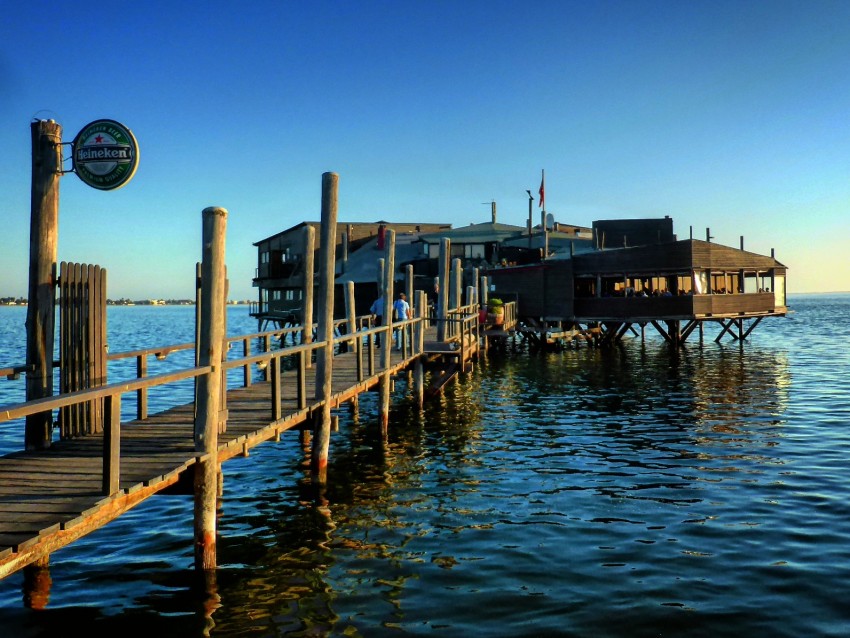 April 8
Brushing your teeth with cologne is terrible.  I seem to experience this about once every 10 days.

My toothbrush and my cologne are both in my shaving kit (among other things of the sort).  I am not sure how it happens really.  All I know is that it does happen… and seemingly often.  Somehow in my shaving kit, a sift of cologne comes of out the spray nozzle of the bottle and ends up on my toothbrush.  Unbeknownst to me, I paste my brush to freshen up my mouth in the morning or in the evening…DAMMIT, it happened again!  The taste of cologne is pretty freaking awful…  The toothpaste does not cover it up.  And it does not wash off immediately.  It will take at least two brushings before the taste is gone from the bristles.  I know there are ways to avoid this, but it is just one more hassle in life… 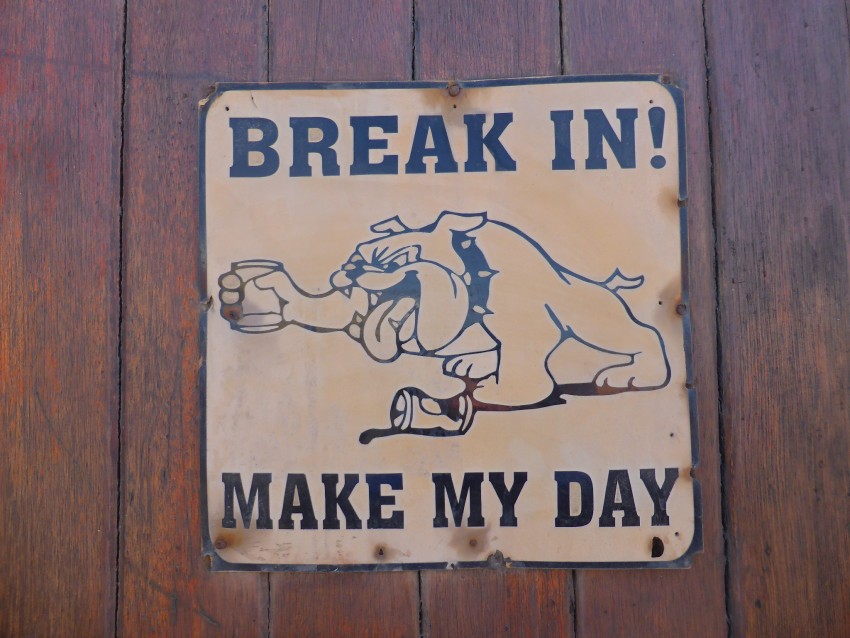 On the gate Loubser’s Bed and Breakfast.

I have been thinking about my local friends Tosh and James, and how Tosh was asking me, “Why is it that white people have no style of dress?  Do you guys just wake up and put on whatever clothes are laying around?”  I had that in mind as I was walking around Walvis Bay today, assessing the dress of Africans vs Caucasians.  He is right.  The Africans do have far better style.  They like vibrant colors and fancy dress shirts.  If a Caucasian has on a fancy dress shirt, it is probably white.  If an African is wearing a nice dress shirt, it is probably turquoise or bright red.  Africans are far superior at fashion.

Being away from my local friends also means that I am not getting called “nigger” fifteen times a day.  They use it as a term of endearment, but it is pretty strange to be called that.  And I find the word far too taboo to use it back in a friendship way.

Africans…they do not hold grudges.
A really cool comparison I have noticed about Africans…they do not hold grudges.  A Caucasian can and will often hate another person for years over something trivial, sometimes holding a grudge for life.  I am aware of this, as I have old grudges.  I learned to hold grudges from an old friend when I was about 12 years old.  I did no such thing before and was initially confused when he held resentment towards me.  Before the moment or realizing what a grudge was, I was just a child who forgave and moved on quickly.  Unfortunately, this was a coming of age that I wish I had not.  But, it is something I never ever see in African life.  My friends Tosh and James told me that their third friend, who we spent the first night with in Otjiwarongo, was a guy who had cheated them out of $2,000 in a business deal.  $2,000 to them is about $20,000 to you.  It was a huge loss for them.  But, they carry on and say that people are more important than instances such as the one described.  In the western world, being cheated out of $2,000 would almost certainly end a friendship for life.

I have noticed this behavior many times.  A hustler might be following you down the street, trying to sell you something that you do not want.  He is persistent to the point where you have to be rude to get rid of him.  Thirty seconds later, you realize that you are not quite sure what street you were supposed to turn down while you were walking and you turn back to get your sense of directions again.  The hustler, who you have just rid yourself of, is on the street corner you walk back to and he can see that you are disorientated.  He asks you what you are looking for.  You are embarrassed to have a conversation with him again as you were just rude to try to get rid of him.  He asks you again what you are looking for.  You tell him the landmark.  He points you in the right direction with a smile and sends you on your way.

It is nearly always just like that in similar but different circumstances.  Africans very quickly move on emotionally. 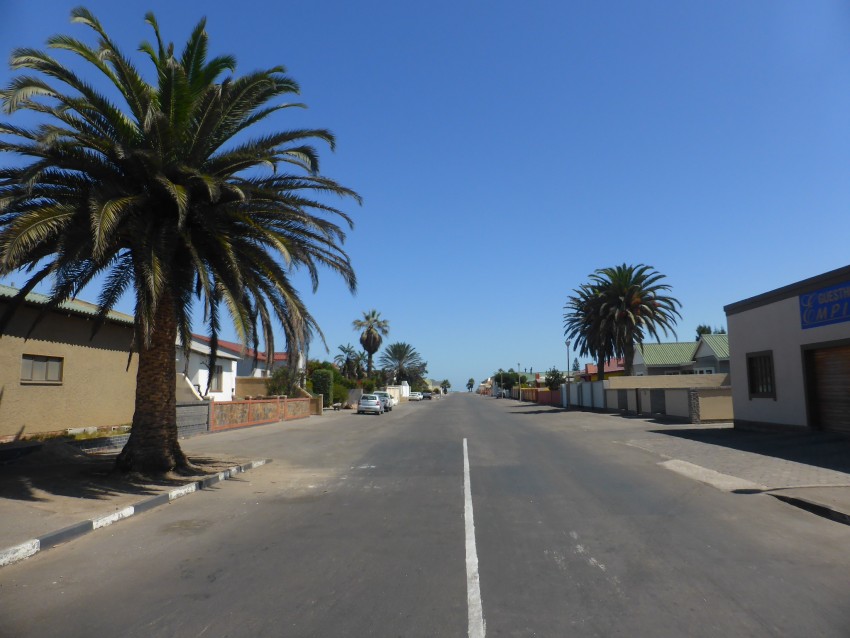 The streets of Walvis Bay.

Walvis Bay is a pretty nice town.  It is very German and very Caucasian.  The town has money as can be seen at the Lagoon where affluent restaurants sit on the pier.  This coastline is a stark contrast to the rondavel huts that I am used to seeing throughout the rest of southern Africa.  Everyone here seems to be living in a square house.  I spent the day just walking around the town, weighing things that have been riding my mind.  My body has been sore from the transportation mileage over the past couple of weeks, so I wanted to put some exercise through it to keep me limber!

“On the bridge, two cute Chinese girls said, “Hello,” and giggled at me. One of them had a hickie on her neck, and that told me a lot, so I decided to befriend them. They could not speak English but we had some banter by using GoogleTranslate. Then I wish I would have recorded this sequence with my camera; I said into GoogleTranslate, “You must have met a boy, naughty naughty!,” and the words came up on my phone. Then the Chinese-lady GoogleTranslate voice said the words aloud in Chinese, and as she said them, I pointed at the neck of the girl. It was amazing how much she giggled with embarrassment over that. I wish wish wish I would have caught that whole sequence on camera. I mean, a white guy trying to communicate in China is always ridiculous. But a white guy saying something into a phone in English and then a Chinese-lady-voice spitting it back out through the phone speaker in Chinese, about the hickie on the girl’s neck… Her reaction was way better than I could have ever imagined. The whole succession was hysterical!”
— Dandong, China.
[View All]