Vimy Ridge – Photos and Facts of the Battlefield 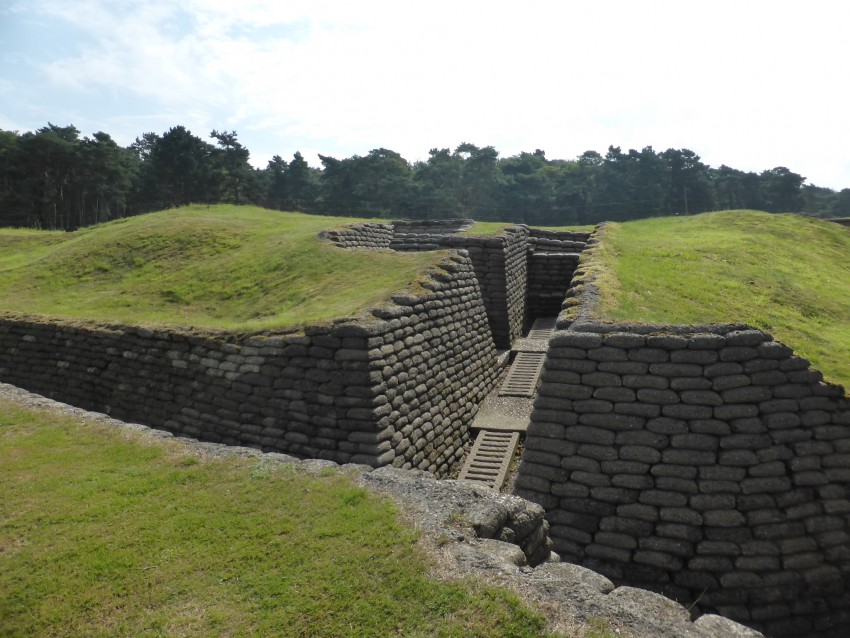 Vimy Ridge in France is where the Canadian Corps won in a battle against the German Sixth Army on the 12th of April 1917 of the First World War.  The ridge had been under German control since October 1914.  Our guide Grégory, a man who possibly knows more about war history than any other human alive, broke down the events that took place and explained the battle to us.  I am not much of a nationalist, but I felt a very strong sense of pride through the tour of Vimy Ridge.  The land is still heavily battle-scarred from all of the shells during the war, and the trenches are still intact.  The land is in France, but the French government has given it to Canada and the Canadian government maintains the grounds today.  Because the battle-scarred land is so rough, a herd of sheep graze the grass at night to keep the grounds pristine….one of my favorite things I learned… 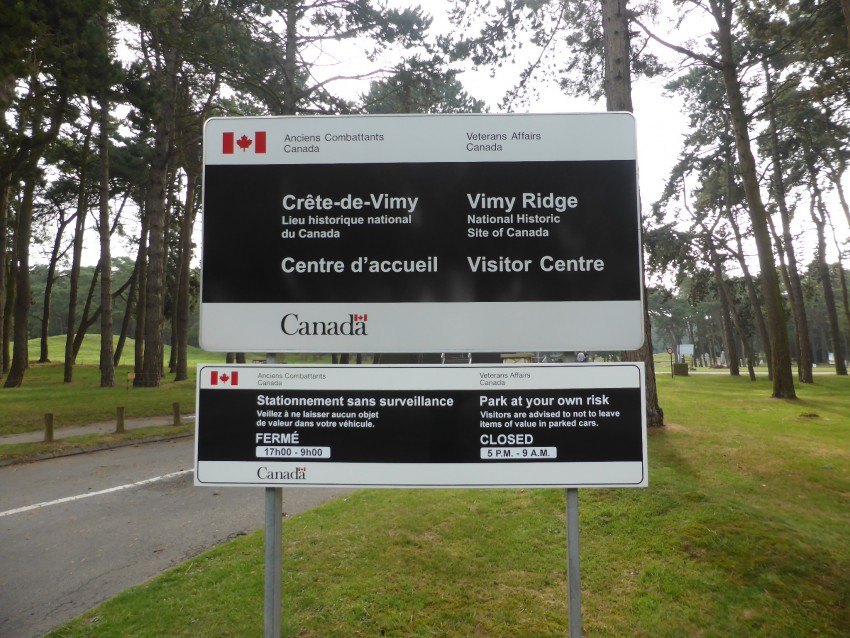 Fascinating Facts of a Terrible War:
-The Great War, later dubbed the First World War, was a mixture of old traditional war tactics and evolving technology.
-Nearly one billion shells were used during the entire war.
-Over 1000 Canadian bodies are buried in the mud of Flanders Fields. 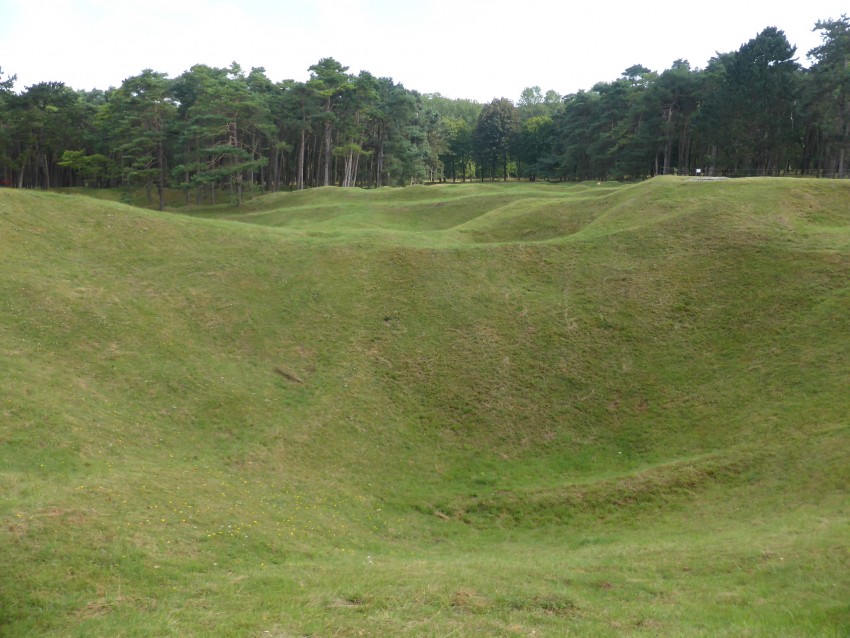 Massive craters in the land.

-Since Britain was at war, so were all of its colonies as they were then recognized as British subjects.
-There were only 25 meters between the Canadian and German trenches of war at Vimy Ridge.
-As mentioned, sheep are used to graze and control the grass at Vimy Ridge because the land is far too scarred and rough for a lawn mower.
-On April 12th, 1917 at 05:30 the Canadian Corps began making a push for the ridge in the mud and the snow that was falling.  The Germans did not believe Vimy Ridge was possible to capture, and their generals were eating breakfast as the Canadians began to take control at 08:00.  By 12:00, the Canadians had it seized.
-The Canadian Corps suffered 10,602 casualties on the ridge: 3,598 killed and 7,004 wounded. 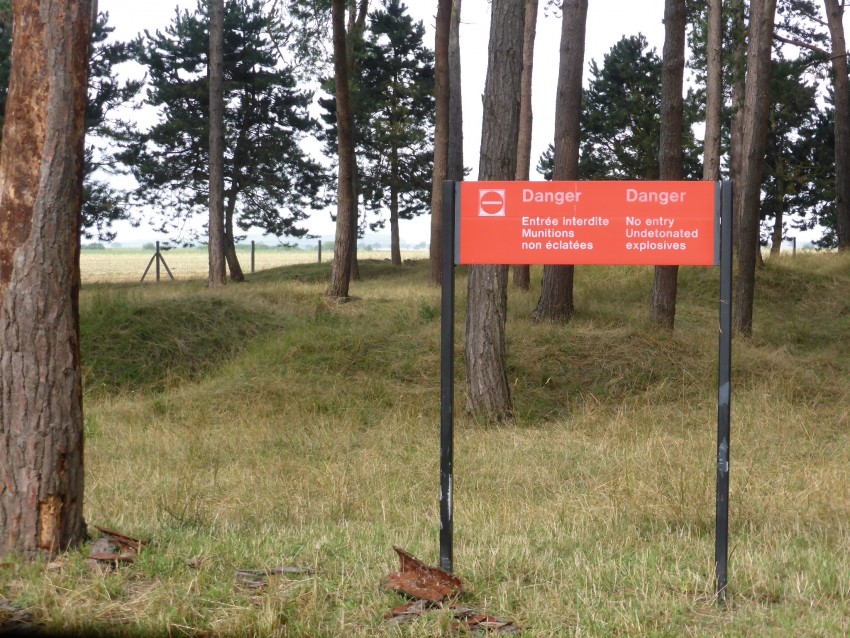 Undetonated explosives, still under the ground.

-Vimy Ridge is 6 kilometers long, and the battle took place along its entirety.
-Rats in the trenches were as big as cats because they were eating the corpses.  Because of this situation, corpses had to be disposed of as quickly as possible: be it ally or enemy.
-Many of the quick cemeteries were lost during the war because the lines would move and people could not remember the exact location of where they had buried the dead.
-An average of 1-3 bodies are still discovered weekly today when they are unearthed by French farmers in the fields.
-Vimy Ridge is in France, but the land has been given to Canada and the Canadian government maintains the grounds today.  The employees of Vimy Ridge are bilingual Canadian students.
-Vimy Ridge is the best example of renovated trenches in France. 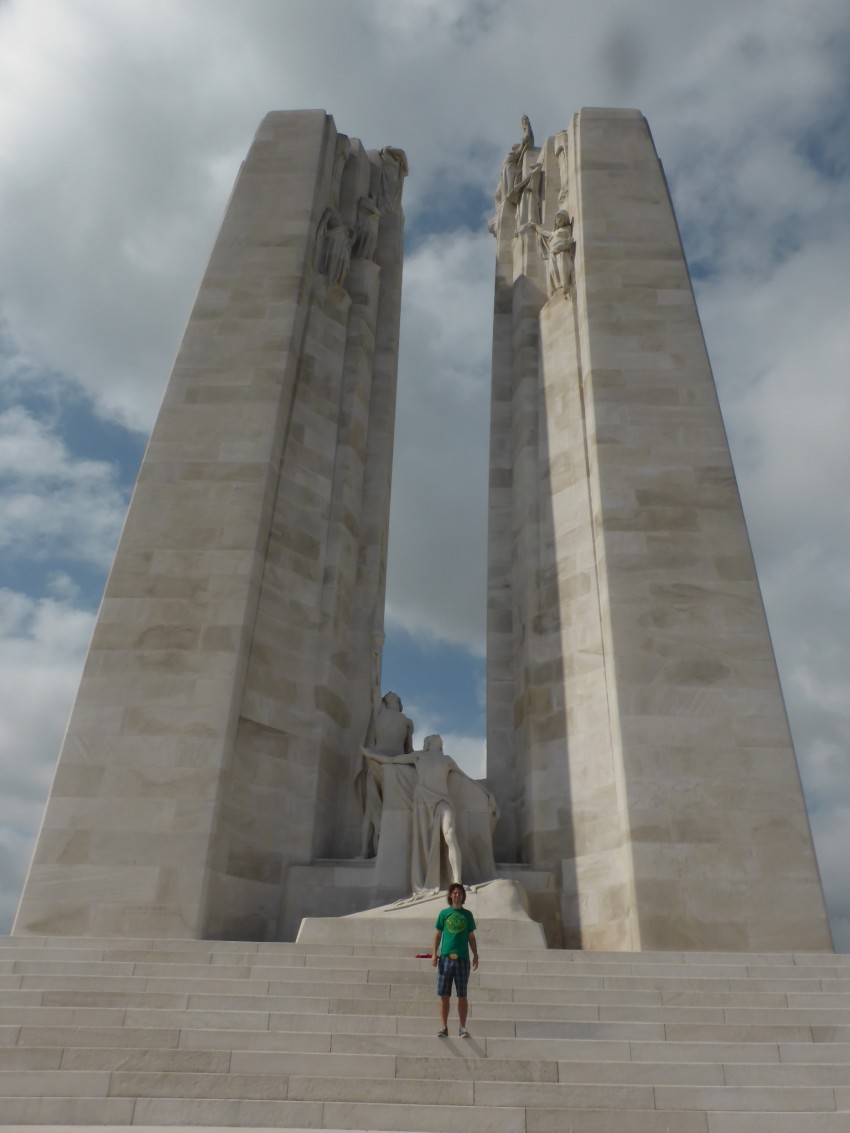 -The memorial is engraved with the names of 11,000 names of Canadians who were never found.  60,000 Canadians were killed in the war.
-Germany was not actually defeated in the Great War.  Their economy was down and they were exhausted because of the war, so the politicians agreed to stop fighting.
-Germany/Austria lost 1.5 million men in The Great War.  The French lost 1.25 million.  The British Empire lost 1 million.  In total, 17 million people, either military or civilian, died in the war.
-In 1936 the Memorial was completed.  In 1939 the Second World War began.  In 1940 Adolf Hitler visited the memorial. 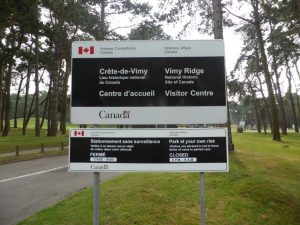 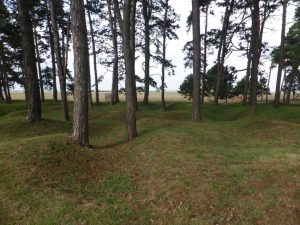 The battle scars of the shells from the war. The land all around Vimy Ridge looks like this. 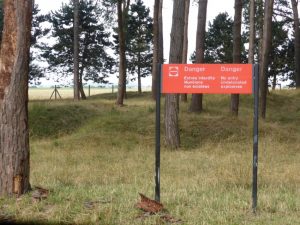 Undetonated explosives, still under the ground. 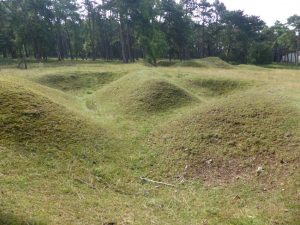 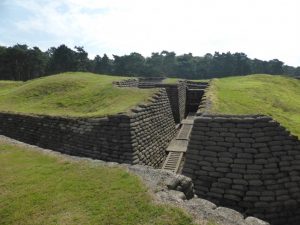 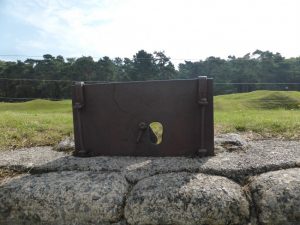 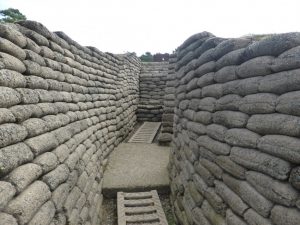 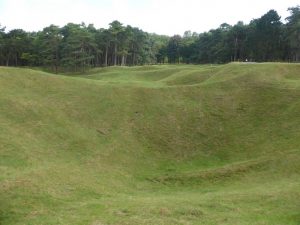 Massive craters in the land. 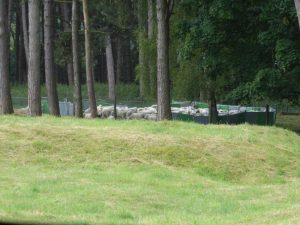 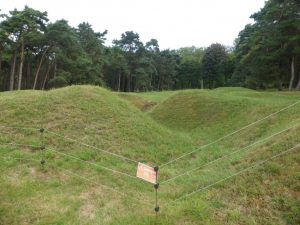 Fences for the lawn mowers. 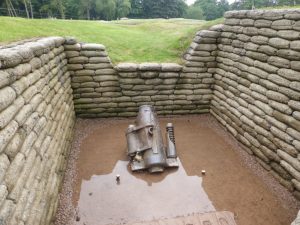 Mortar in the trenches. 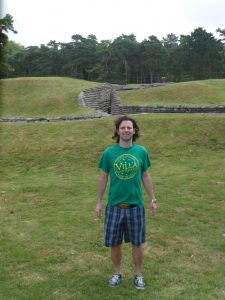 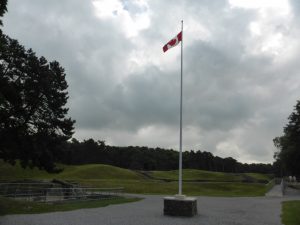 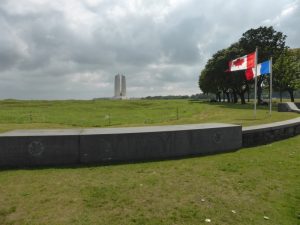 The French and the Canadian flags in front of the memorial. 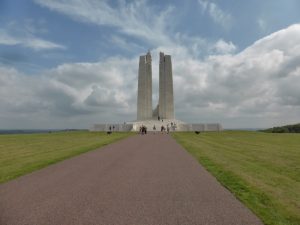 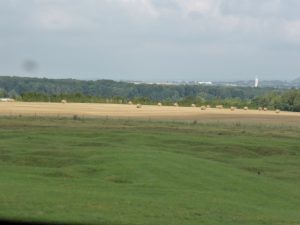 I like the contrast of the battlefields and farmer fields. 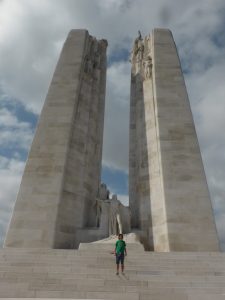 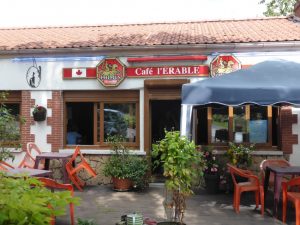 Canada has fingerprints all over the area.

“I was walking down the street when a dog freaked out and started barking at me.  Science says that dogs are colorblind, but there is no doubt that the dog recognized that I was alien to the majority of the population here.  It makes me wonder if I was frightening to the dog that was clearly confused by my peculiar features?”
— Life in Zimbabwe
[View All]