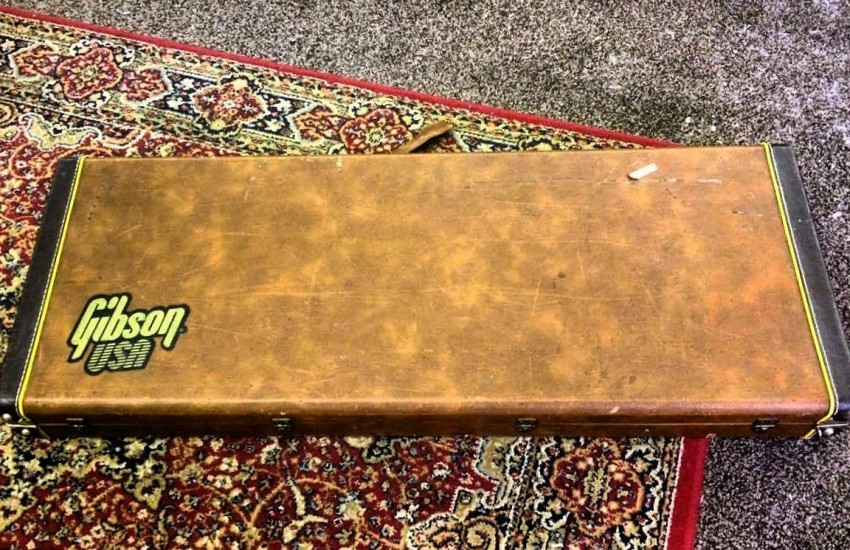 When we were a lot younger, my grandmother gave us some money. She had these bonds, so she’d put some kind of money away. She did not have a lot of money, so when we used to go over there the only thing that we would usually get was, “Here’s 50 pence for an ice-lolly.” And at that point, we didn’t have a lot of money lying around when we were kids so that was awesome. Then my parents told me that when we reached a certain age, that grandma’d put some money aside for us to put towards education. What my parents wanted for me to do was to learn to drive. At that point we were like 15, maybe 16. Obviously, we’d joined a band. 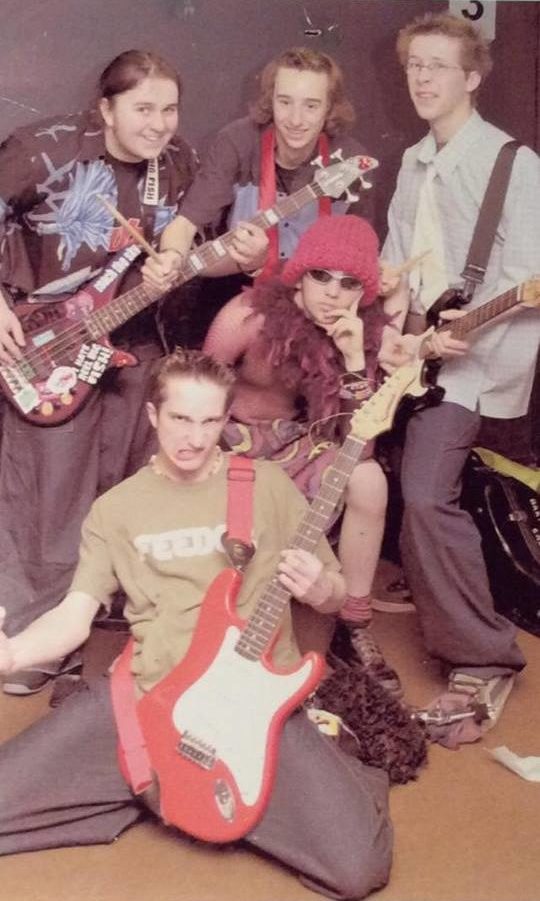 ‘The Wickets’ band – In the Beginning – Crappy gear days…  However, swagger more than easily made up for it! Dave rocks on far right.

The first ever guitar I bought was bought with money made from washing cars. That was at a big car dealership of caravans and cars. We used to go there, whatever weather. Now, if the guy who owned the place, also called David, was working, he’d make you do it…whatever temperature it was, even if it was gale-force winds and raining. Washing cars is pointless in that weather. There was a hose outside and if that was frozen and if you turned up and it was -5, -10, or whatever, he’d get a kettle, so you’d have to un-freeze the pipes and you would have to wash the cars, which again was pointless because it would just freeze over. But if his wife was working, she’d send you home and give you a bit of money and say, “Don’t bother.”

I was working with another guy in a band and he’d already bought a guitar and I was saving up to buy a Fender Squire. Shitty guitar, but it’s your first guitar, you know? After I’d got enough money and I’d bought that guitar and a mini practice amp, we’d joined a band and everyone had their own gear, but it wasn’t great gear. And it got to the point where we were playing regular gigs around the city…playing these gigs at this place called Peggers which was the local shitty pub that allowed minors in. We were all like 15, 16, and drinking in there. It was one of these places where you can get together all the time.

At that point…I was…I mean, some people may say I still am…I’m not as much…I was absolutely obsessed with Dave Grohl. My sister’d been to see him in Manchester and he’d basically sang next to her. She was melting. Then she was like, “Oh you should check this band out,” and gave me the CD of ‘The Colour and the Shape.’ That was the first taste I’d got of that band. Then we saw the Foo Fighters for the first time after ‘Nothing Left to Lose’ had just come out at V Festival in 2001. There was none of this new, massive, Wembley stuff. This was still when he’s playing places like Brixton Academy. And I was completely obsessed at that stage.

Anyway, we were playing these gigs in the city, and there was another band called ‘Big Gay Following’. They all worked at Academy of Sound which was the local guitar shop. All the guys, the shop selectors, were kind of friendly and their band rocked. You’d get to know them, they’d maybe cut you a deal, and they used to sell all the best gear at reasonable prices back then. They used to sell new and used guitars. We played a gig at this local venue called Bunkers Hill in Nottingham. And because they worked at Academy of Sound, they could bring their gear to the gigs because it was across the road. They used to borrow guitars and amps in the shop to play. 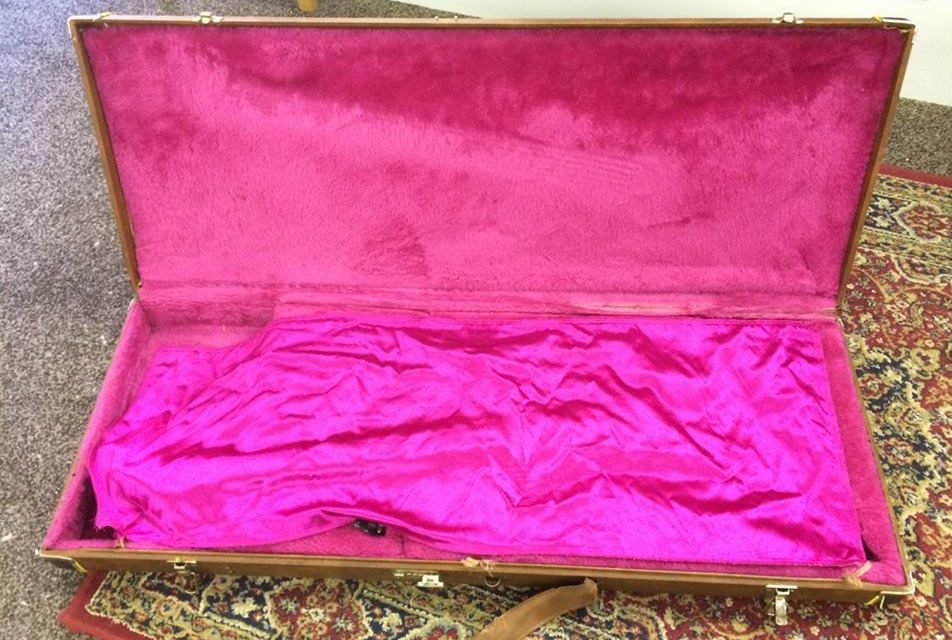 A case of hot pink curiosity.

So, Big Gay Following are about to play and I go into the corridor, and a guitarist pulls out this big flight-case. I’m just like, “What is that?” and he opens the flight-case and it is this electric-pink lining, like a silk sheet, and I’m like, “What the hell,” and he lifts it up, and there is this Gibson Explorer sitting there, and I’m literally frozen like, “Woooah…I’ve not…What? You’ve got the same guitar as Dave Grohl’s got.” And everyone’s there going, “Dave, have you seen this?” and I’m like, ‘Uhhh, I can’t believe…it’s there…’ and I’m like, “What’re you doin’ with that? Where’d you get that from?” And he said, “Oh, we’ve got it in the shop at the moment. It’s on sale,” and I’m like, “How much is it? How much is it? How much is it?” He’s telling me, “It’s £650,” which looking back now is quite cheap for a late 80’s/90’s Explorer. And he’s like, “Look, I think I’m gonna buy it.” 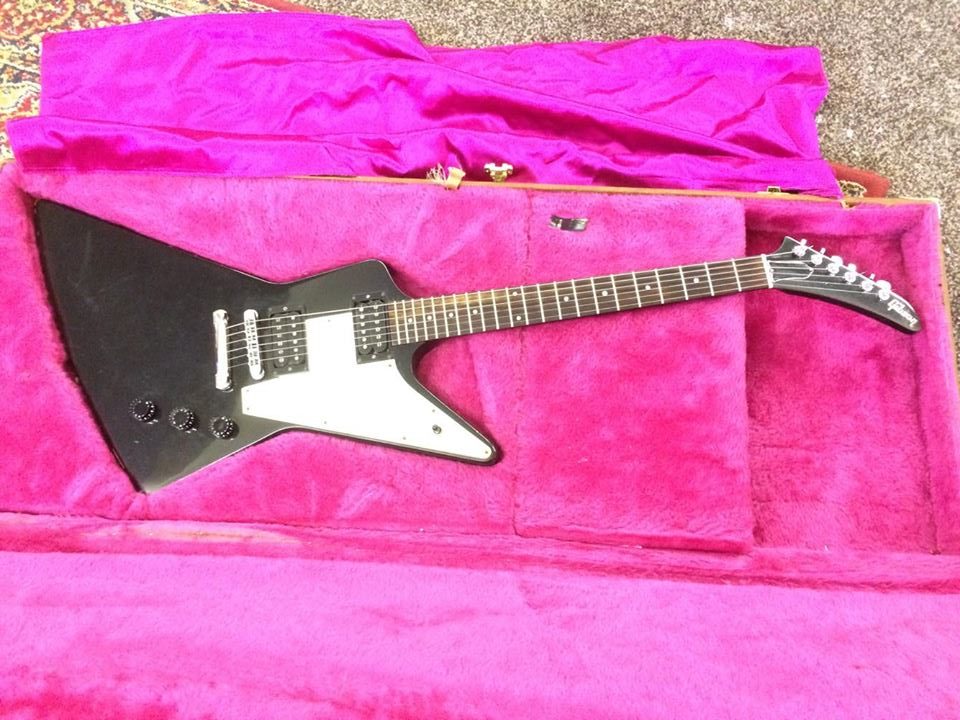 “Woooah…I’ve not…What? You’ve got the same guitar as Dave Grohl’s got.”

So, obviously I’m thinking about it all night. And I get in and say to my mother, “I really really wanna buy this guitar. I have to buy this guitar” She just didn’t get it. I said, “I have to buy it!” She asked, “Why?” I was like, “You don’t understand. I’m not going to get this opportunity to buy this guitar again!” And she’s saying, “You haven’t got any money.” I’m looking at my savings and I’ve got no money…at all. I didn’t have a job at this stage either because I’d quit the car washing place because I’d got my guitar. It was all I needed.

After hours, and hours and hours, of begging her, “Com’mon, there’s gotta be some way. I gotta buy this guitar. I’ll do anything,” she kind of relented and went, “Welllll…” Then she made the mistake of saying, “Well…there is that money that your grandmother’s left you.” I ask, “What money!?” She said, “Oh you know, that money that she wanted for you to learn to drive next year.” And I’m like, “Fuck learning to drive!”…I didn’t say that in that way, but I’m thinking, ‘Fuck learning to drive! I need this guitar to play Learn to Fly. I need this guitar to look badass and just have the same guitar.’

I don’t know how I did it. I managed to persuade her to get into the city and to go into the shop, just to look at it…just to look at it… But in the back of my mind is that this guy said he’s gonna buy this guitar when he’s off work. He’s not reserved it. So, I’m just like its fair fucking game isn’t it, really? So, I get in there and I say, “I’ve gotta get it mum. I’ve gotta get this guitar. Please, please, please.” It’s the only then I’ve really ever asked. “I have to get this.” So, the guy there asks, “Oh, do you wanna see it?” I picked it up and it was so heavy and I’m, “Uuuuuh, I can carry this… Yeah, this is really great… Ummmm.” And I’m playing it and I said, “I want it,” and mum says, “You’ve not even played it properly,” and I say, “I want it!” So, she relented. She said, “Don’t tell your dad.” And I was thinking, ‘How am I going to explain this really expensive guitar being in the house?’

I got it. She bought it. She had to split the payment on two credit cards because we had no money. I dunno how she did it, she never really told me, but she could see I really wanted this guitar.

You couldn’t get a soft case for it. It was the big, hard, case. It was so heavy. Even with the hard case, I’m trying to walk out of the shop, 15, 16-year-old guy, skinny as anything, trying to carry this guitar to the bus which is a good mile walk, when we get there I’m trying to get it on the bus ’cause it’s as tall as me… I get it home, and I still didn’t have an amp to play it through. I had this £650 guitar and this 10 watt Ibanez amp which cost like £30 at the time. 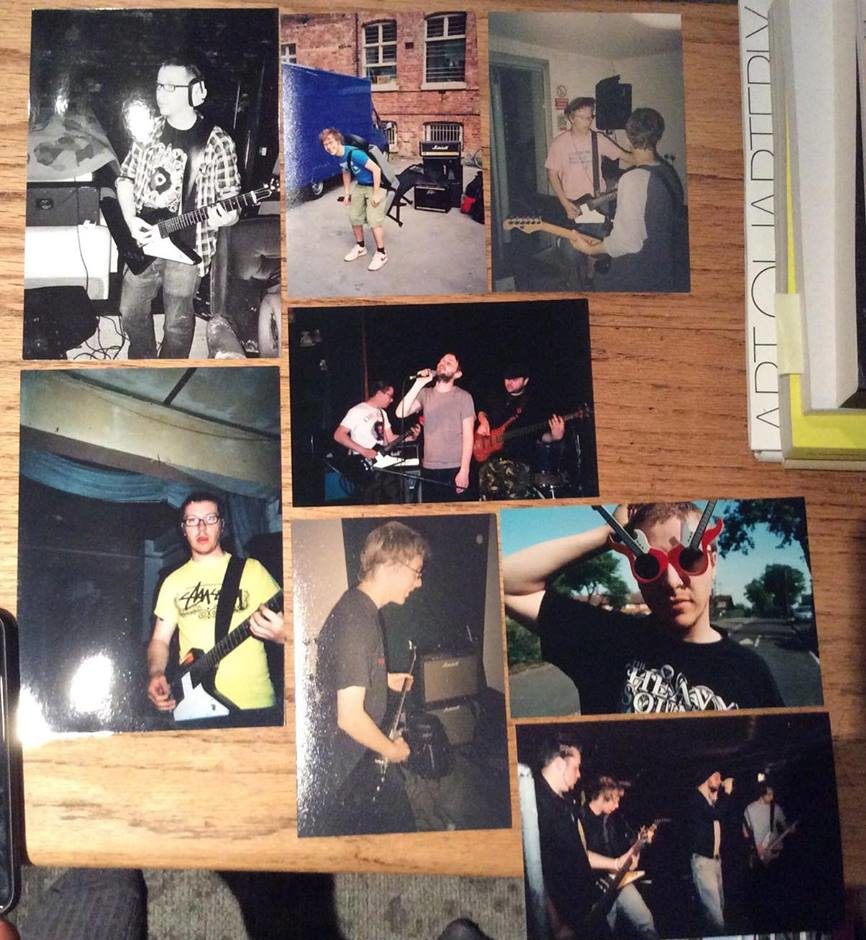 That kind of kicked us off on to all start buying new gear after that. It took a while before we all had equipment to match it. It was that point of I think my mother knew that I wanted something so much. And it was trying to emulate…my hero. I used to walk around my room with that. You know, 15, 16, and I’d try to play along to ‘Nothing Left to Lose.’

I’ve played in three solid bands with that guitar, recorded 3 albums and a few singles and done loads of guest bits at gigs. It’s been around Europe. It’s been all over the shop. 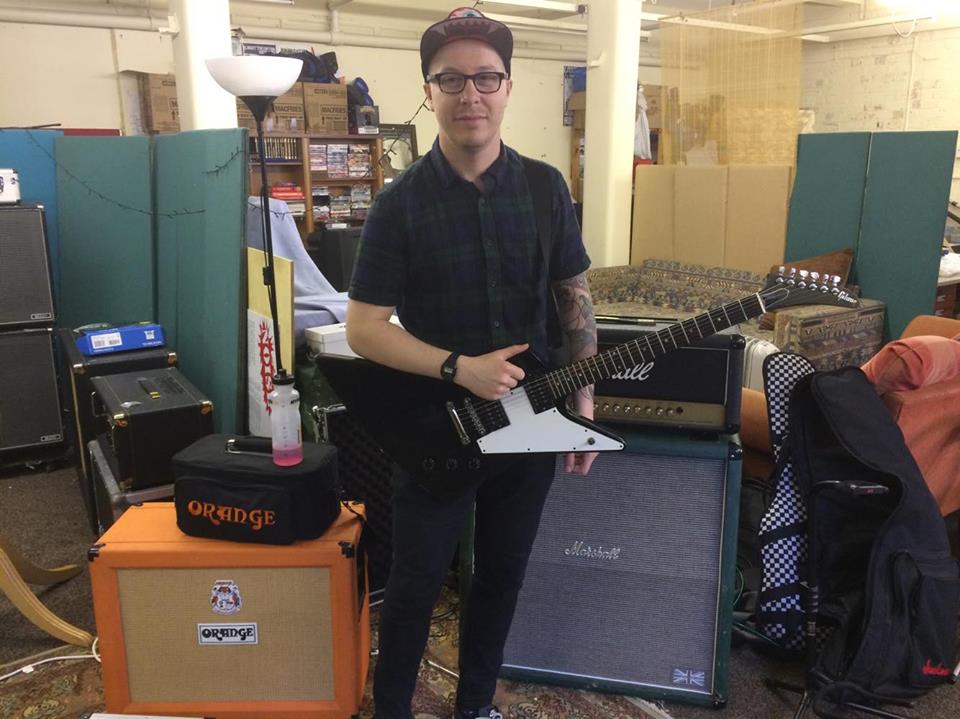 “I asked her when she is flying back to Europe. She said, “I booked a flight on April 20. It is on Hitler’s birthday so I’d remember what day I booked it.” Wow!”
— Irmante
[View All]