Rock and Roll to the Rescue 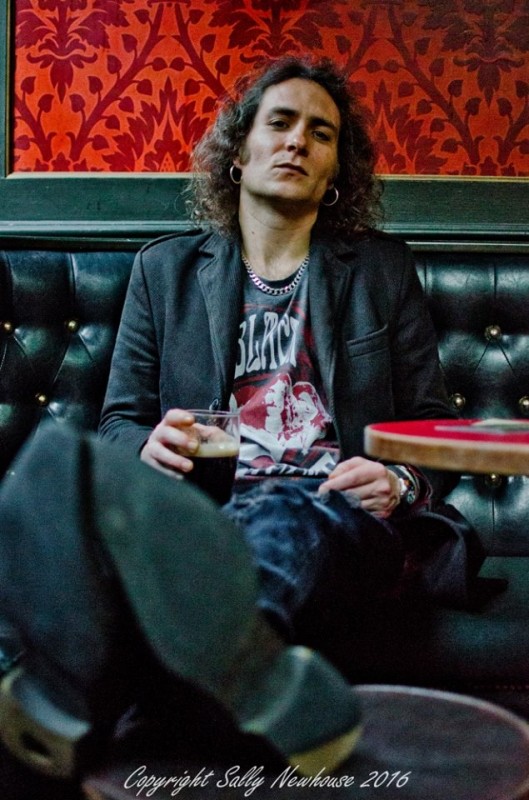 Rock and Roll
to the Rescue
-The Rocco Valentino Live Transcript:

A friend and I were driving out in the bush one day and we decided we wanted to leave South Africa to go and see the world.  Both 21, listening to The Doors and doing a few other things.  Driving out there and we were deciding, “Well, where should we go?  Should we go to the States?  Should we go got Australia?” and we thought, “Australia is like South Africa.  The States you need visas and all of that.  Let’s do Europe.  We’ll start with London and we’ll go through Europe.”

Anyways, we got to London, we got caught up, and obviously soon the money ran low.  I was trying everywhere to get a job and I was even laughing at people in the hostels, saying, “Look at all these jobs in this magazine and you’re telling me you haven’t found a job in two weeks or something?…”  Yeah, that came to bite me back in the ass.

Eventually when the money started running out I’d just landed myself a live-in pub-job which was great and I thought, ‘Ah, it couldn’t have come any sooner…’  …Until I got fired two days later because I’d locked my keys in the flat.  I’d actually decided to go out, I’d came back late, and I thought by climbing one of the drainpipes I would manage to get up into my room.  Little did I know that I’d landed up in the chef’s apartment, who I hadn’t met yet, cause I’d only done one shift there.  I got in there and I was like, “Hello?  Hello?  Hello?  Anyone there?” because I didn’t wanna climb back down…  He went absolutely berserk and I was even freaked out.  I was really sorry…  The chef wasn’t happy and I don’t blame him, but he did lead me through to my room.  Anyways, for doing that I got fired first thing the next morning and things started getting bad.

I went back to the hostel where I was staying and I think I’d had about two days/two nights worth of money.  So, I paid for two nights cause that’s all I’ve got, then I run out of money so I started staying there illegally, sleeping under the one dude’s bed.  A few days later the manageress caught me lying under there.  She goes, “Oh, I thought you’d booked out a few days ago…”  I said, “Ah, no, I’m just staying here tonight, cause I’m staying far away,” or some rubbish like that.  She’s like, “Ah, okay.”  She let it go.  Then she came in the next day and caught me under there again and said, “Ah ah ah ah!  What’s going on here?”  So I had to get this guy, who obviously I’d only just known, to look after pretty much everything I owned that I’d brought over.

I landed up going sleeping in Holland Park, and then coming back to the hostel, knocking on the window, getting this guy to check where the manageress was, getting another guy to check that the toilet was free for me so that I could just go shit, shower and shave in there, get a change of clothes, and then sneak back out.  It became a real chore, all of that, because it took three of us to bloody make it happen, me being the instigator obviously.

I nearly got arrested because I stole…what I used to do was…  I didn’t want to beg anyone for money, and I used to walk around the streets, mainly around Soho, and find the 1, 2, 5 pence on the ground that people don’t bother picking up.  Tesco had half-a-loaf of white bread back then for 17p.  And I usually used to find it.  It was all I was eating all day was a half-a-loaf of white bread.  Really, it was hell.  One day I just couldn’t get the 17p together so I walked into Tesco, took the loaf of white bread…  Me being no thief…I got caught.

I got taken to the manager’s office and I explained my story.  After about 20 minutes he said, “Wait here.”  He locked the door, and he came back with about four or five bags of meats, cheeses, sandwiches…the works.  He said, “This’ll keep you going for a while…” Obviously I was really grateful and he said, “Don’t do that.  In the future, if you’re really stuck, come back.”

Anyways, then I landed up going to hang all this stuff in the trees because a couple of nights before I’d wake up and I’d feel something on my nose and there’d be a fox sniffing around on my face.  I would have rather preferred to see a ghost than that to be honest.

I was consistently looking for a job.  I landed up going around to all the stalls here in Camden.  I had a CV like it was written from god and I still couldn’t get any job.  I walked into a bar where Metalworks was.  Metalworks is a very popular covers-band in London.  At that time it was Judas Priest’s drummer, a guitar player there landed up playing in Judas Priest and Alice Cooper, guys from Iron Maiden in there…the cream of the crop basically, playing once a week on a Sunday.  I walked in there and I thought, ‘Wow, this is right up my street!’  I actually walked in there to get a job but I didn’t get the job I was expecting though because I went to give my CV behind the bar and I saw Steff, who’s the singer of Metalworks.  I said to him, “Look, I play a bit of guitar.  I can help you with some roadie work.  I can do whatever you want.”  I was obviously desperate.  I was asking anyone for anything.  In his cockney accent he said, “Yeah, Yeah, Yeah.  You seem like an alright bloke!  Yeah!  Come down next week!”  So I came down the following week and I landed up being their roadie, which was the start of a new turn for everything… 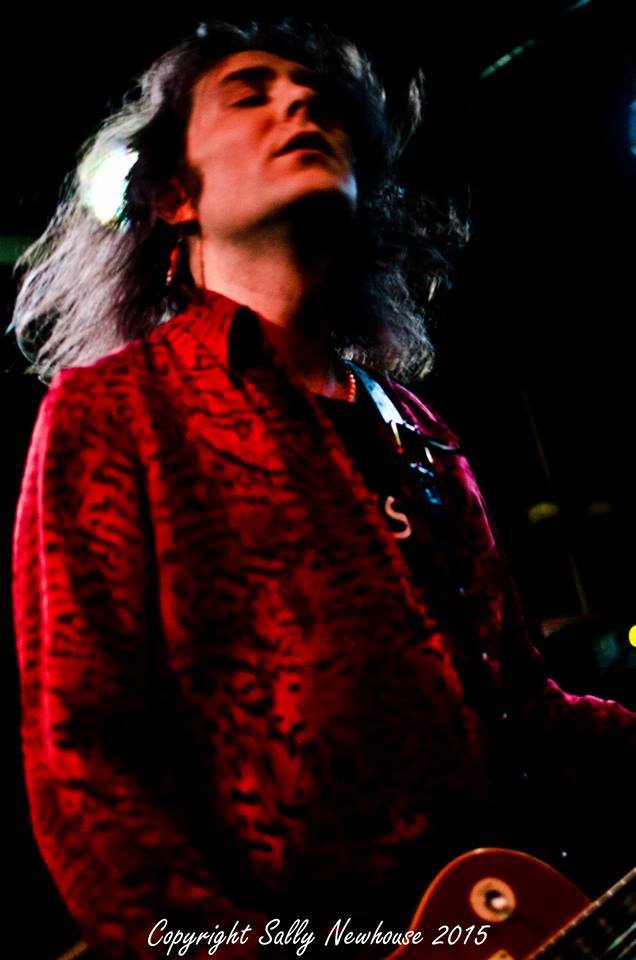 On the first night with Metalworks I’d made a friend who’s still one of my best friends right now, Geos, who was hanging around back then.  He was sitting at the bus stop and we were just talking and I was ready to walk back to Holland Park cause you know, I wasn’t going to spend my 70p out of my £25 budget for the week on the bus.  I’d rather walk back.  He said, “Where ya goin’?”  I said, “Holland Park.”  He said to me, “Whoo.  Posh!”  And I said, “No, literally, in the park,”…Holland Park being quite a wealthy area.  He said, “No, you’re not doing that.  You’re coming back with me.”  I couldn’t refuse it.

So I went back and I landed up staying with him for two weeks and obviously things came together where you get the job together, then I met a girlfriend, which was my ex-ex-ex girlfriend…landed up moving in with her.  Then I landed up moving in with the guys from Metalworks.  The good old bad days.  Since what I’ve done then, I’ve opened a successful business and I’m still coming to Metalworks, and I’ve still got the same friends as then.  And it continues… 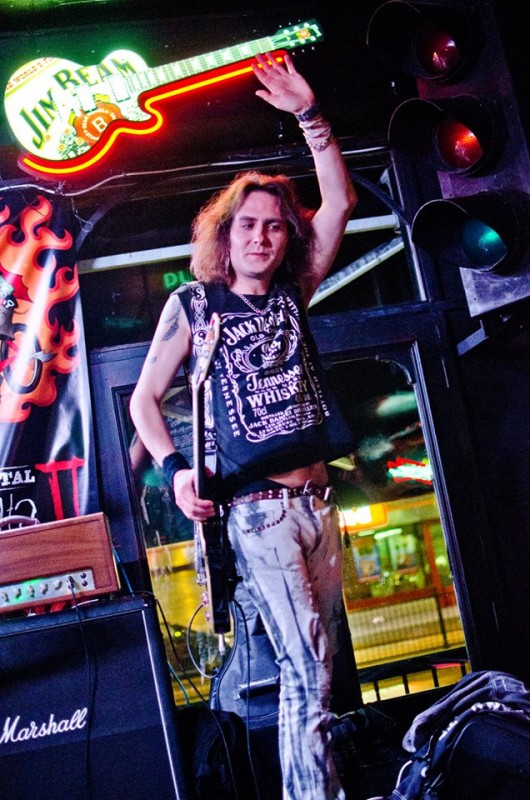 * (A big thank you to Sally Newhouse for supplying
the photos!  Check out Punkrocksal Media for a
fantastic dose of music meets photography!)

“Today at work my friend Gladstone said, “It is amazing. When I do not have cell service in this valley, those a-holes will still manage to get me a message, ‘You own $207 on the 27th.””
— Gladstone
[View All]