Foo Fighters in a Bar 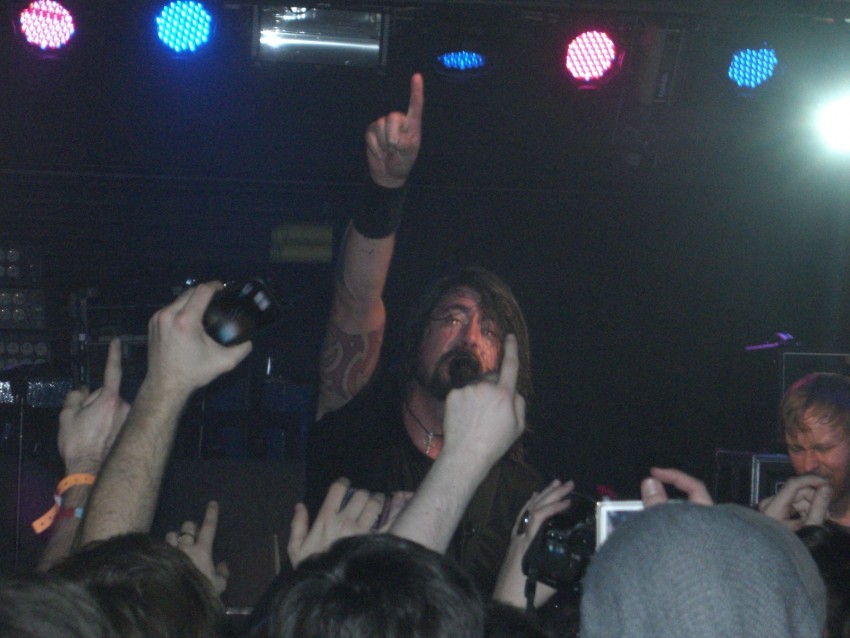 Music is more than just sounds for me.  It is a noise that consumes my life and my thought patterns.  I have been living in London, and working for the Hard Rock Café for a year and a half now, and my life is all about rock shows and concerts.  In 2011 alone, I attended three of the four best shows I have seen in my life.  In February, I was able to see the Foo Fighters play in a bar.  In May I watched Roger Waters perform ‘The Wall’. Then in December, Paul McCartney covered Beatles songs for me and 20,000 other people.  What a year…

The most intense show I have ever seen in my life was that Foo Fighers show.  People ask me about concerts and I tell everyone that the Foo Fighters show was the second best night of my entire life.  One of my friends works for See Tickets, one of the major ticket outlets here in the United Kingdom.  It is great to have a connection like that.  One day he sent me a text telling me that he had just scored tickets to a secret Foo Fighters gig.  He will probably end up in my wedding-party someday just for getting me one of those tickets.  This is my story from that night….

“I experienced one of the greatest events of my life last night…  What will probably be the musical climax of my life…  Two nights ago the Foo Fighters played in Wembley stadium to 60,000 people.  Last night the Foo Fighters played to me, 8 of my friends, and 480 other people for secret gig in a bar in London called Dingwalls.  Imagine going to a regular bar and the house band of the evening happens to be the Foo Fighters.  That is what it was.  I poured every ounce of energy that I had into that gig, three meters from the band.  It was 2.5 hours of total awesomeness.  I was so caught up in the moment that I was even body surfing for the first time in years.  I cannot think of a better band to have for such an event.  It was super-mega-awesome-rad…”

In short, the Foo Fighters came out.  Dave Grohl introduced himself, made us laugh and said, “This is not an arena rock show.  This is something different.  We’re going to be here a long time so get comfortable.” Then he asked, “Who wants to hear the new record?”  Everyone in the bar screamed.  My friends and I looked at each other.  Dave Grohl and the Foo Fighters were right in front of us, ready to rock out!  Whoa! Then for about sixty minutes, the Foo Fighters just pounded the new album out, song after song after song, not stopping to talk or anything, just blasting out the entire Wasting Light album from start to finish.  As the last guitar note of ‘Walk’ rang out, Dave said, “And that was the new record!…”  Everyone screamed! “Who wants to hear some old shit?”  Everybody screamed!  They immediately shot into ‘All My Life’ and then they played an hour and a half of Foo Fighters’ greatest hits.  I was in the mosh pit with my buddies, and we were all losing our minds, jumping, and screaming the songs as hard as we could for the entire time.  They played at least 7 songs off of ‘The Colour and the Shape’ album, including My Hero, Monkey Wrench, Up in Arms, Hey Johnny Park, Enough Space, For All the Cows, and Everlong.  There is no scale to measure how much rock came out of all of us.  It was so awesome.  It was sort of a mind trick to make yourself realize what was actually going on.

There was a set of stairs that went down to the front of the stage, and that small area became the ‘Rock as hard as you can/pit of mosh.’  There was a security guard standing behind us on the stairs to get down to the front of the stage for safety, and that is all the security I can remember seeing anywhere near the stage.  The mosh pit came to the edge of the stage and up against the band and their mics with a fence about 4 feet tall in front of it so that people would not fall onto the stage.  Dave was in the crowd sometimes and people were tugging at him and girls were running their hands through his hair as he was playing his guitar.  It was crazy.  It was the Foo Fighters in front of us playing those songs.  I screamed every song they played as hard as I could and I moshed so hard that I exhausted myself and I could not move anymore, totally destroyed, and my shirt and my party pants were dripping in sweat.  It was the first time I really regretted cutting my hair off.  It was two and a half hours of some of the best hours of my life.  It was intense, and it was one of the best shows one could ever wish to see from a band at their peak of powers.

I stole Dave Grohl’s setlist after the show was over from his spot on the stage.  It is pretty destroyed from him standing on it, but what an awesome keepsake from one of the greatest nights of my life.  That show totally rocked my entire existence!  Dave Grohl, you rule!

It was just too awesome to not share that.  What an event…..

Thank goodness for rock and roll! 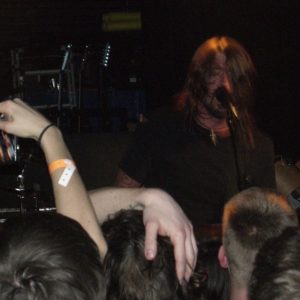 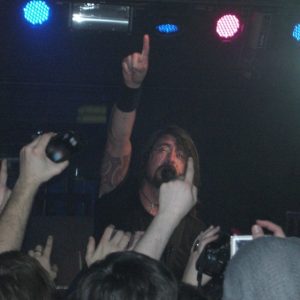 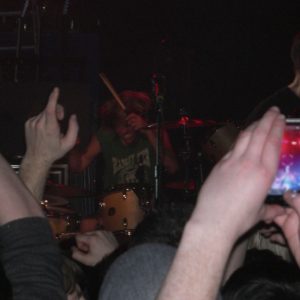 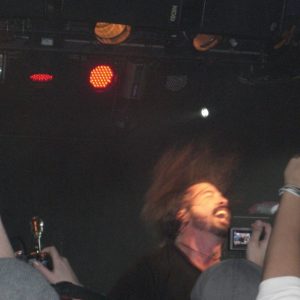 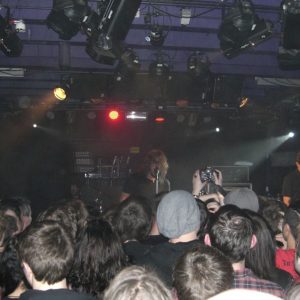 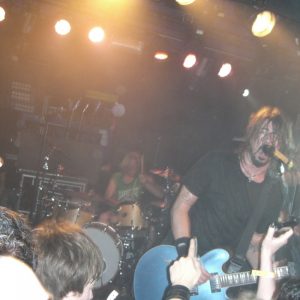 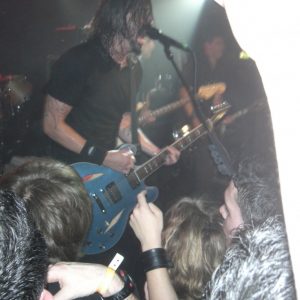 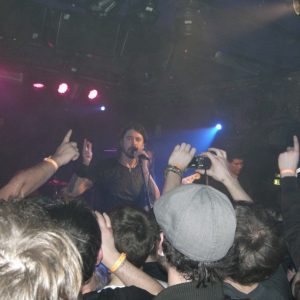 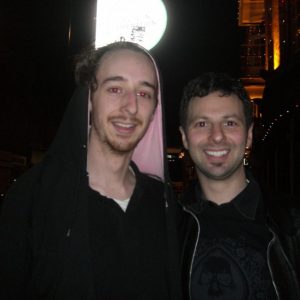 Dan-Man and I, full blast exhausted. 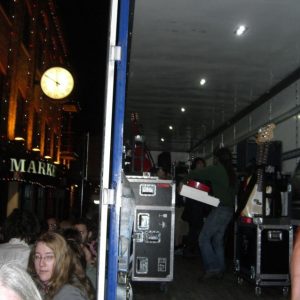