Bus from Asunción to Montevideo – The Seven P’s of Life.

Prior Proper Planning Prevents Piss Poor Performance. – (A proverb I got from an older black man in New York in 2004.)
– I have done no research on this trip to Uruguay, and realised on the bus itself that we booked that we will be doing a lot of unnecessary backtracking because I did not take 40 minutes to look at the future of our plans and just booked a ticket from Asunción to Montevideo…  I am pissed off about that now.  Always remember the Seven P’s of Life…  Always…

March 29.
I woke at 1:30am to what seemed to be contractions, and the timing of them made me thing that I was getting close, but I was sure I could not be pregnant.  After 15 minutes of feral position anguish, I headed for the toilet.  It was there that this pain eventually left me.  Perhaps that was punishment from my body for what I put it though two days ago.  I am still peeing neon yellow.

My alarm went off at 6:10am to get us to the bus on time for our 7:30am check-in.  A $140 U.S. bus though Latin America is a king’s ransom, or more priced for North America, but we got on a five-star EGA bus with seats that almost lay into beds, a leg recliner, a huge lunch on the road, snacks and drinks through the day, and a waitress who was so pretty that Irmante said she also wanted to make-out with her!  I was wearing my ‘bus’ shirt, and the state of it’s freshness is so bad, Irmante told me I should change.  It felt like a second layer of grime on my skin, so I wore it inside out until we stopped the bus and I could change for a Big Beaver shirt.  We have been on way too many overnight buses since our last full clothing wash.

We drove to Encarnación and left Paraguay for Posadas, Argentina.  I pissed off the Argentinean immigration man when I stopped him mid-stamp to get him to stamp my passport on a different page where there was a little free space for a stamp.  Officials love to carelessly waste pages and stamp the middle of a page, and this passport needs to get me though at least this continent.  That Paraguayan visa for North American’s and New Zealander’s take up two full pages of a passport, and there are only 24 official pages in a Canadian passport.  So, I have to piss officials off to conserve space.

On the drive, once we got to Argentina, our bus stopped on the side of the road so that we could give a bottle of Pepsi to an official who keeps the roads safe.  Friendly bribery!  We crossed into Uruguay at about midnight.  The vibe feels different and as soon as we crossed the border there was wifi on the bus.  The president here wears sweaters, lives in a tiny shack, sweeps his own floors, has allowed same sex marriage, legalized marijuana, and is trying to make it so that every student will have a laptop in his home.

We caught a taxi from the main bus station in Montevideo to the Cabello Loco Hostel.  It was 5am, and the part owner of the hostel allowed us to have our bed for free for the rest of the morning and we will only have to pay for the next night.  And it is a very rad hostel! 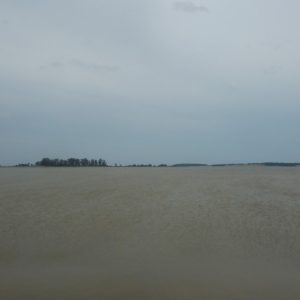 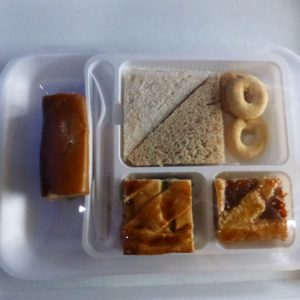 This is the start of the lunch served by a stewardess on a $140 U.S. bus ride. We were treated to bus liner luxury. 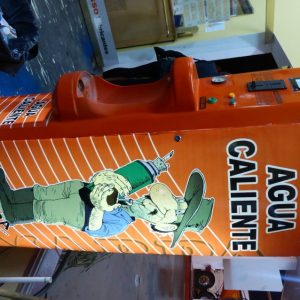 Oh, we had to drive through Argentina. I like how necessary mate is that there are hot water dispensers here and there. 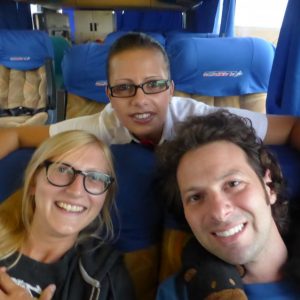