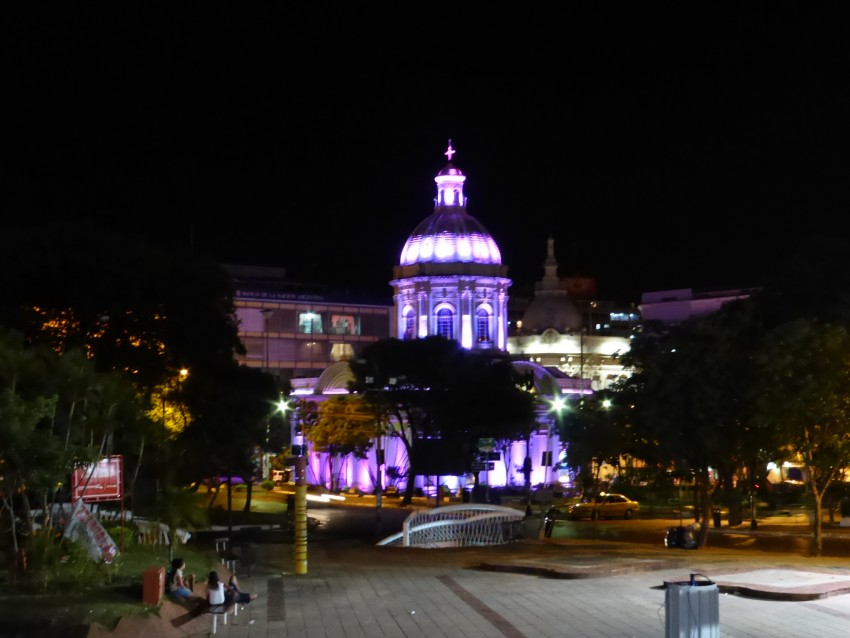 Plaza de los Heroes Asunción is an amazing city or beautiful abandoned buildings against the backdrop of the ugliest and most run-down buildings imaginable. City ‘Ying-Yang.’ Asunción, Paraguay.

I am sick. I have not eaten a bite of food the whole day and I have not had a drop of water.  The last time I took in anything was at about 11pm last night.  I am trying to dry up and suffocate this cold.  There is far less liquid leaking out of me at 8pm, but I think only because there is none left in me to waste.  I am sure this is not healthy, but there is the expression, ‘Starve a cold, feed a fever.’  But the problem is that it could be,’ Starve a fever, feed a cold.’  Tomorrow will tell.  About an hour ago I left the hostel for the first time today.  I went to a pub in Asunción and had a shot of Jim Bean.  It is my only liquid of the day.  It was terrible.  I thought that maybe it will kill anything inside of me that is making me sick. I was curious what it would do in my state, and that shot made my dehydrated body loopy, and I could feel it 20 minutes later in my right kidney.  Living for the moment I guess.

“At the hostel today in Swaziland someone approached me and asked me if I had been to Victoria Falls in Zambia.  When I confirmed that I had, they nodded and said, “I recognized your curls.” Good job hair, you are Travel-Famous!”
— Life on the Road
[View All]