Michamvi Zanzibar: Merriment Awesomeness!
Dec 25
I had a nice sleep in and went to see Ms. Tanzanian Pageant at her restaurant.  She was in a super fun mood full of Merriment.  She was about to cook us lunch, pointed to the blackness at the bottom of a large pot from a propane powered burner and said, “I look like here.”  Funny.

Marc from Germany was out again today with Ms. Tanzanian Pageant’s sister.  I told Marc I will leave tomorrow.  He said, “I can not believe you are going.  You have got the full package here.”  He is right, but it is time to see more of the continent.  It has been great here though.  He bought a group of six fish for the equivalent of $3 for the Merriment of our Christmas lunch that Ms. Tanzanian Pageant cooked for us that we had in front of the turquoise blue ocean.  It was beautiful. 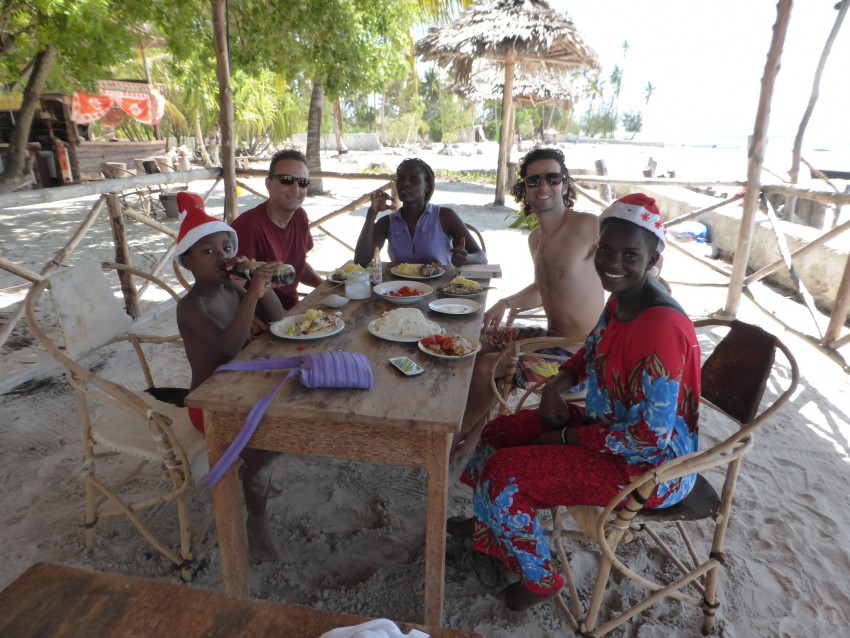 * The fishermen here are resourceful and they use a strand from a palm leaf that they push through the mouths of fish and out of their gills to tie a group of fish together to sell.  Clever! 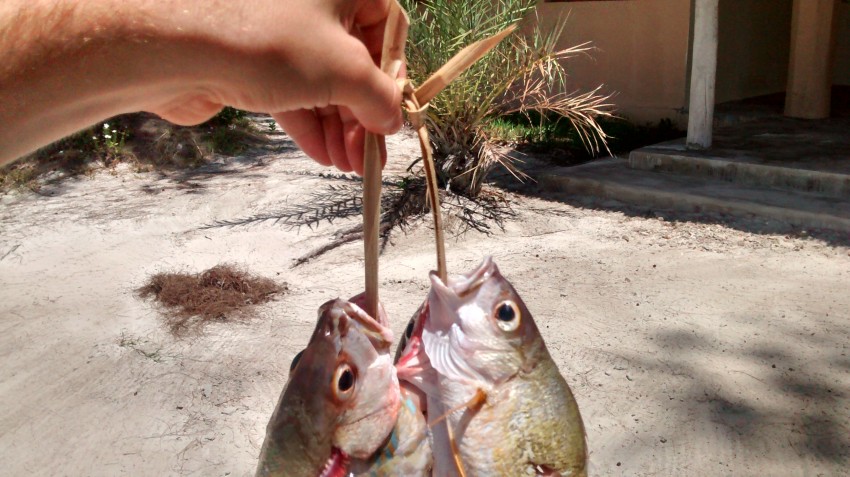 A friend named Dutch, 21, showed up to hang out for the day. He is one of the nicest people I have met so far in Zanzibar. He is from Tanzania, but his grandfather fought in the Second World War and ended up with such a nickname. It became my friend’s name at birth because his mother liked it so much and said his grandfather was a great guy. My friend Dutch has the tattoo of an anchor on his arm. It looked like an old tattoo so I asked him when it was from as he is not so old himself. He said that he got it when he was nine years old. Nine!! He saw a tattoo artist putting a tattoo on someone and he thought it was so cool that he wanted one himself. The tattoo artist did not charge Dutch, and put the anchor on his arm. When Dutch went to school, all of his friends teased him about drug use because he had a tattoo. He had to tell his friends to keep the tattoo quiet so that the teachers would not find out. Eventually they discovered it and Dutch’s father had to pay money to the school to keep them from kicking his nine-year-old son out out of the school because of the anchor tattoo on his arm… 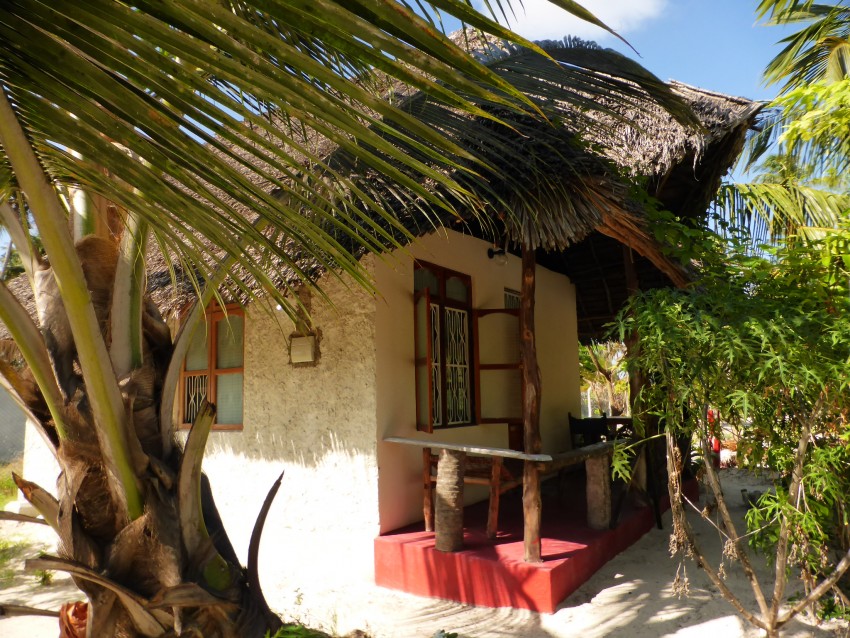 I sure love women but they certainly do drive me mental sometimes.  I have nearly been out of condoms for about three days.  I had one left and we figured we would save it for Christmas Merriment.  Tonight is my last night here.  Ms. Tanzanian Pageant has slept over every single night since she met me, but we have had to behave due to a lack of safety.  Tonight we went out for Christmas drinks.  She gets drunk very fast.  One glass of gin and tonic will cause noticeable effect.  On the walk home after, she told me, “I will sleep at my own house tonight if not have condom.”  She has slept over every night, even when we were being good, so it was unnecessary to even say something like that.  And she knew that I had one left.  So, I am not sure why she said that.  I just do not get women sometimes.  Of course she came back to my house as she has every night.  But for some reason, there always has to be a tiny bit of drama with women.  I just do not get it.  And of course it turned out to be a great night.
I have never met a woman like her before.  She can tell me something when we are in bed, and then seven seconds later she sound asleep.  It is like she turns off a switch. 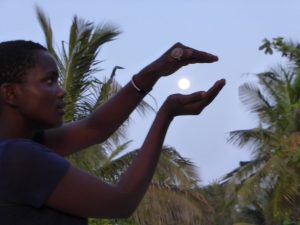 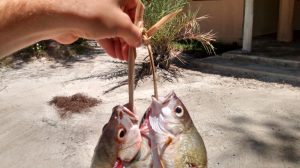 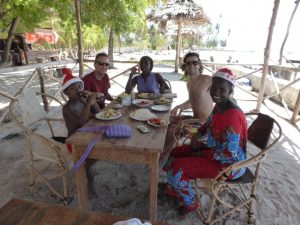 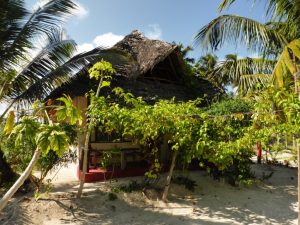 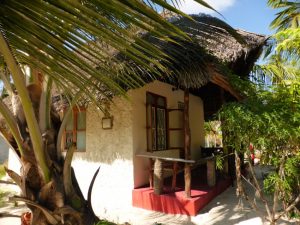 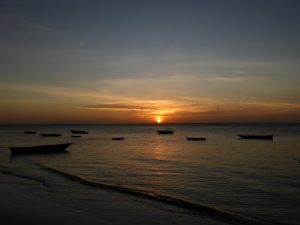 “Earlier when I first set off, a little girl, who was about three years old, was carrying a big stick that took her two hands to carry.  She was wearing a little pink dress and she smiled at me so I smiled and waved at her.  She took the stick and set it on the ground, because it was too heavy for her to hold with one hand, so that she could wave back to me.  That was nearly the cutest thing I have seen anyone do in my life.”
— Uganda
[View All]