Katesh to Karatu: Markets and Albino Limb Potion.
Jan 10
I was sick this morning.  Bad stomach.  It took a month for that to happen, so I am kind of okay with being sick right now.

I met up with Paulo in the courtyard of the guesthouse and we went to the Katesh (Qatesh) market which takes place every 10th and the 27th of the month.  It was amazing what was there, even though every eye in the market seemed to be on me as we walked around.  There were Barbaig women selling tobacco (sniffing and smoking) and the women had huge stretched ears and all kinds of jewelry hanging from their ears.  They wanted money for photos.  There people with huge sacks of smoking tobacco, like I am talking square bales piles of tobacco. 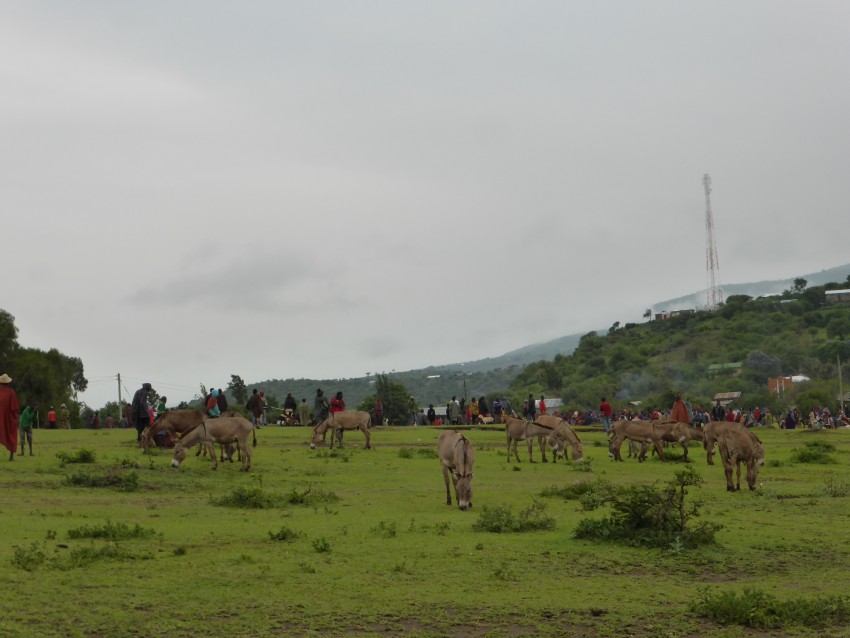 Many people brought livestock into town and there was a huge grass section where they were selling goats, a section of donkeys, and a section of cows ($125 for a yearling).  The Barbaig men in traditional dress who were selling cows had stacks of cash in their hands.
They also wanted money for photos, so I had to try to be sneaky to capture any.  You could buy mattresses at the market, clothes, coffee, meals, bracelets, meat, bows and arrows, knives, spears.  It was impressive.  I picked up one of the spears and pretended to shave with it, much to the amusement of all of the locals around me. 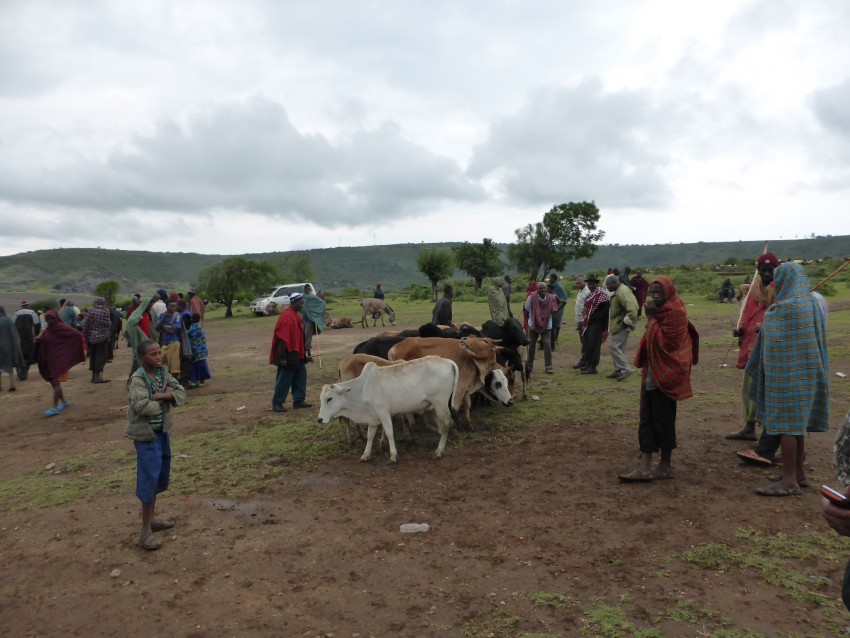 After lunch, I decided to move on as I do not feel comfortable in Katesh, even with Paulo around.  We went to the bus station but a guy who acted like he knew things said there were no buses left and that maybe I could get a private car to take me to Karatu, next to the Serengeti, four hours away.

Paulo and I walked into a bus company and a man got on a phone and told me that there was a bus coming in ten minutes and that there was one seat on it, $5.  I rushed for my backpack at the guesthouse and back to the bus station.  The bus pulled into town and it was packed.  I made my goodbye to Paulo and gave him money to buy some dinner.  The guy who sold me the bus ticket pushed his way to the front of the bus line, and pushed the people back.  He opened up a lane for me though the people and put me on the bus first.  There was one seat open at the front that I was directed to.  How that happened, I have no idea.  The buses in Tanzania are not organized on the bus or as a business.  The buses are packed: sometimes there are four people in three seats, and usually the aisle between the seats is full of people.  When a bus pulls into town, people just get off.  How this man who sold me the ticket found out 10 minutes before the bus arrived that there would be one empty seat is beyond me.  Somehow they made it work.
I had to catch a dola dola for the last leg to Karatu.  It was pouring rain and I rushed for the closest guesthouse to the bus station, The Traveller’s Inn.  $7.50 a night for a really nice room.  Sold.  I went for a walk around town and met a white guy.  It is the first white guy I have seen in about a week, so I made him my friend.  We went to a bar at night and there were three other white people there.  A real conversation with flow and not having to explain what I am talking about….  Wow!  That is a treat sometimes…
One of the guys, Tom, who works for the Peace Core, said there is a Maasai herdsman between here Karatu and Arusha who is very rich and has 150 wives.  He has his own primary school for his children.  He has his own secondary school for his children.  He has his own village.  Incredible.  There must be wives that he does not see for years at a time…
There are a surprising number of albinos in Tanzania.  They have all of the African features, but they are lighter colored than I am.  I was told tonight that it is very dangerous to be an albino here because some people think that they are a magical species.  Sometimes they are captured and their limbs are cut off to make Albino Limb Potion.  My friends said that it is a major problem here.  I need to do some research on this….

Oh my gosh! Albino Limb Potion is a reality….  “This is when witchdoctors started peddling the belief that people living with albinism or their body parts, most of whom coincidentally live in these regions, could be used as good luck charms.” 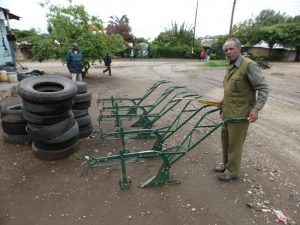 One bottom plough. You can buy one for $50. That seems to be a lot of craftsmanship for $50. 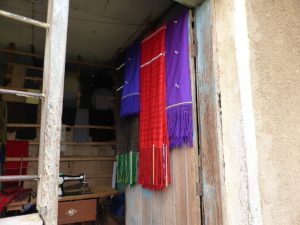 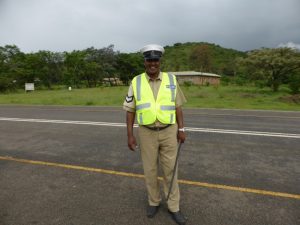 Paulo’s police friend. He told me the stick is for keeping bad guys in line. 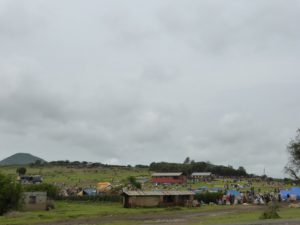 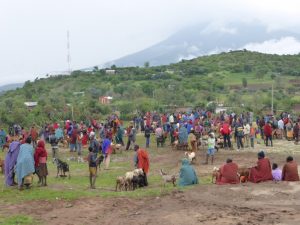 Goat section of the market. 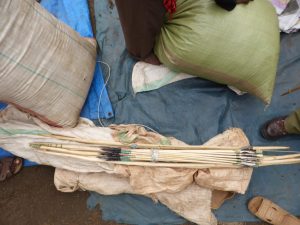 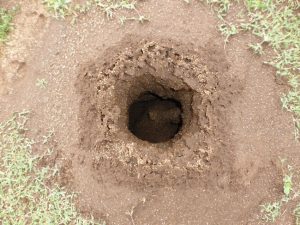 I think these are termites, but no one could tell me for sure. It is like a reverse ant-hill. 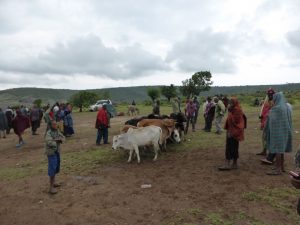 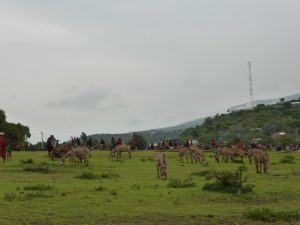 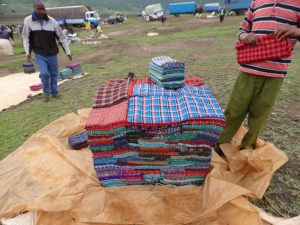 More tribe colors. They wear these wrapped around their upper torso. 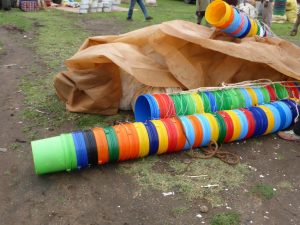 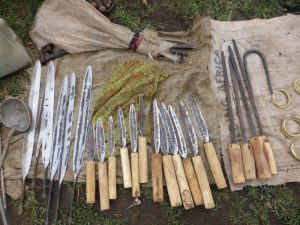 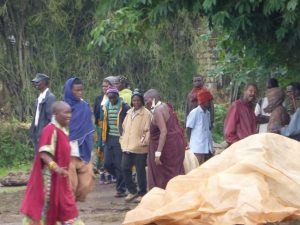 I was trying to get a photo of the Barbaig ladies. 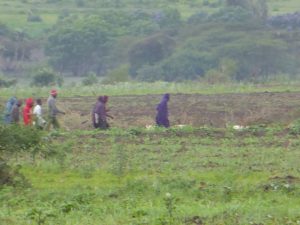 Bringing their livestock into town.

“I have a friend who works for a cinema company. He told me that independent films take 35% of the gate earnings. A major Hollywood movie like Star Wars takes 55% of the earnings, and they dictate how many times the movie must be played as well as the size of the cinema rooms where it is to be shown. Interesting...”
— Nottingham, England
[View All]