It is amazing how much small situations can totally alter your entire direction and where you are going in life.  I do not mean, the entire future of your life when I say, “Where you are going”, though that is affected too.  But I mean, your travel is entirely affected by very small situations.  For example, if I knew they would not have accepted my out-dated $100 US note at the border to Uganda, I would have turned around and headed south to Zambia instead of coming north to Uganda, Rwanda and eventually Kenya.  That simple “Yes” or “No” at the bank dictated my entire direction of travel and what I am seeing right now.  Something similar happened today. 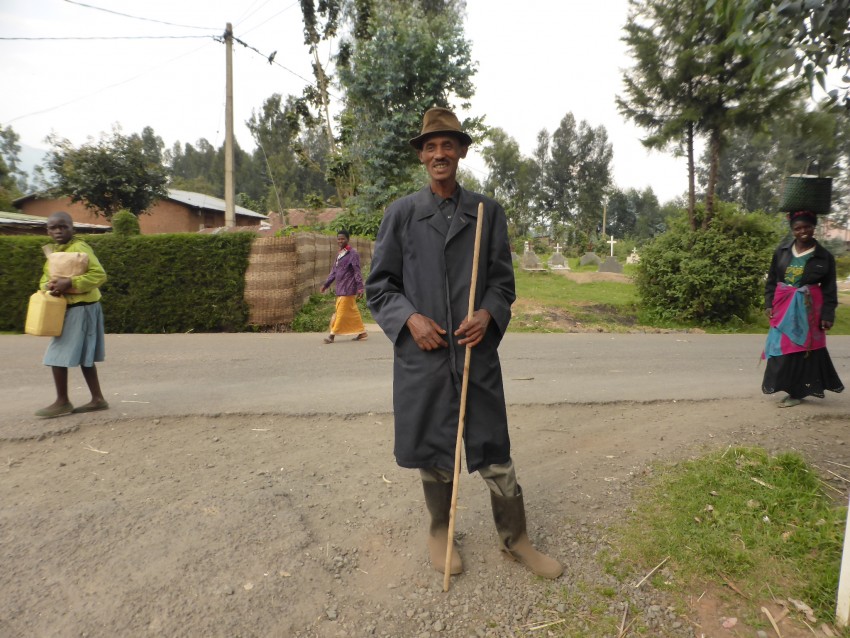 Last night, I made the decision that I will go and see the gorillas in the wild.  It is a crazy amount of money to do so, but I am here.  I cannot afford to do so, and I will end up cutting my trip short a month because of it, but it will cost me a lot more to return here to do it at some other point in life.  And I will truly regret not going.

So, I got up early and went to the Rwanda Development Board of tourism in Gisenyi to get one of the 16 places for each day.  The price…$750 for a government permit to be with the gorillas for one hour.  $750 for an hour…For that hour I can travel for a month.  I can do the same thing in Uganda for $600 for an hour.  But I am already here…

The man at the office confirmed that there were still places available.  He wrote me down for one of them.  I went to hand him my Mastercard.  He said they only accept Visa.

“Really?  For a transaction like this you only accept one kind of credit card? Are you kidding?”

Nope, that is how it is in developing countries sometimes.  There was no way around it in the office so he walked me to the bank where the board has an account.  Nope, they could not do anything there either.  Western Union?  Nope.

The man nodded his head in understanding. 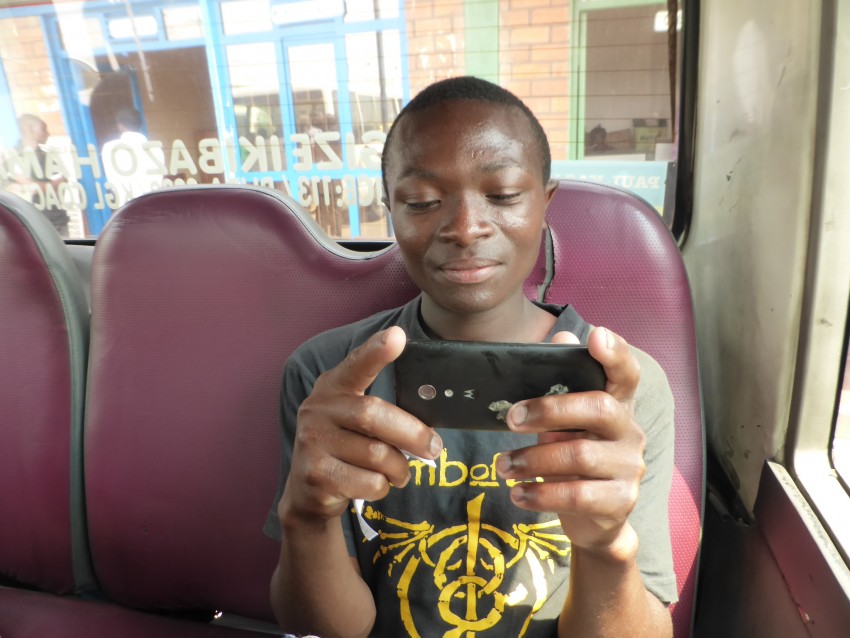 On the bus, showing a guy wearing a “Lamb of God” t-shirt (who got it from a second hand shop and assumed it was about religion), who Lamb of God really is and showing him their metal! He was surprised!

I went to my guesthouse, got my bag and went to the bus station to take me to the closest town to the Uganda border called Musanze.  When we arrived I saw a building that said “Dian Fossey Gorilla Fund International”. I thought I would go and have a look.  It turned out to be a research station and it was very interesting to read all about the gorillas that they have been studying for over 50 years.  I got this from one of the signs…

“Interactions: When two different social groups encounter one another in the forest, it is referred to as an ‘interaction’. Gorillas’ behavior during interactions can range from highly tolerant and even affiliative to severely aggressive. Females use interactions as an opportunity to evaluate other males and emigrate to new groups. Males will engage in herding behavior to try to keep their females away from outside males. Interactions usually begin with males chest beating, which is a form of long distance communication, that can start long before groups come into visual contact.”  *That sounds like a typical night in a bar to me…
“Like a fingerprint in humans, the unique pattern of wrinkles about the gorilla’s nostrils allow researchers to identify and name gorillas that might otherwise be difficult to distinguish.”
I got so gung-ho about the gorillas again and I started thinking about how it was going to be a hassle to go to Uganda, find a tour agency in Kampala, send them my credit card details, and then figure out where to meet them on the road somewhere close to the Bwindi Impenetrable Forest where the gorillas. I would have rather travel for a day to Kampala and then a day back again.  I decided to give the Rwanda Development Board (RDB) a try again in this town.

Inspired by Dian Fossey, I walked into the RDB, told the man of my hassles with them earlier in Gisenyi and asked if they would take Mastercard here.  I made a phone call, confirmed they would, and they told me there were only two spots left for Sunday (when there had been 16 only just three hours earlier), flagged down a motorcycle for me on the street, told the driver where to take me, and I was gone.

We drove for 12 km, and arrived at the Volcanoes National Park Headquarters just outside of a village called Kinigi.  I rushed into the office.  In about 90 seconds, I had made a payment for $750 US, which is now about $10 Trillion Canadian, and I had reserved my spot and had a permit.  I was doing it!  Great!  I can not to see some of what Dian Fossey experienced.

My motorcycle taxi man drove me to a guesthouse called La Paillotte Gorilla Place, and for $13.40, I got a really nice room with wonderful people working and running the place.  So great!  I was in such a good mood.  I went for a walk, found a market and bought a whole pineapple for $0.27.  People in the village were so friendly.  Locals were coming up to me just to shake my hand and say hello. 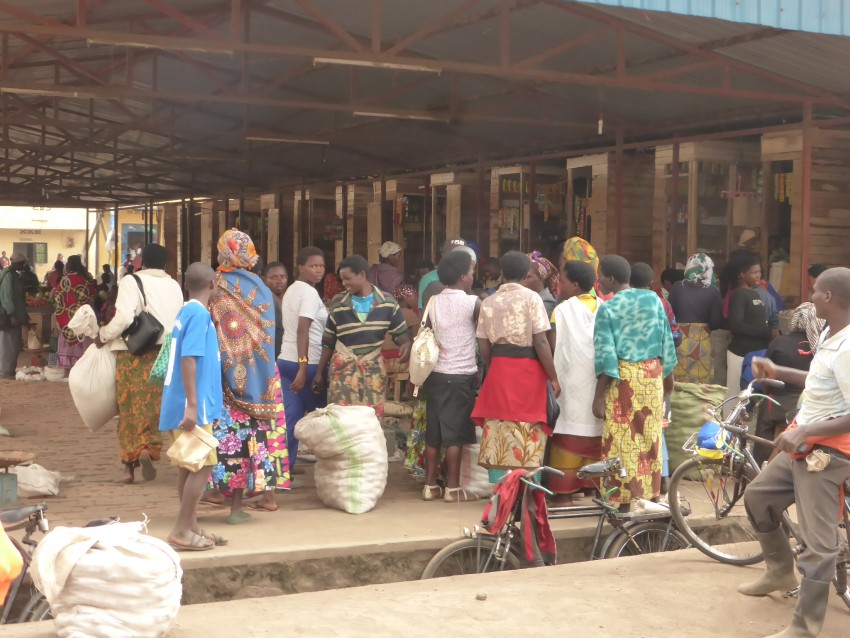 Ladies fighting at the market.

It was amazing how great of a mood I was in at just having dropped $750 US for an hour of time.  I felt great. 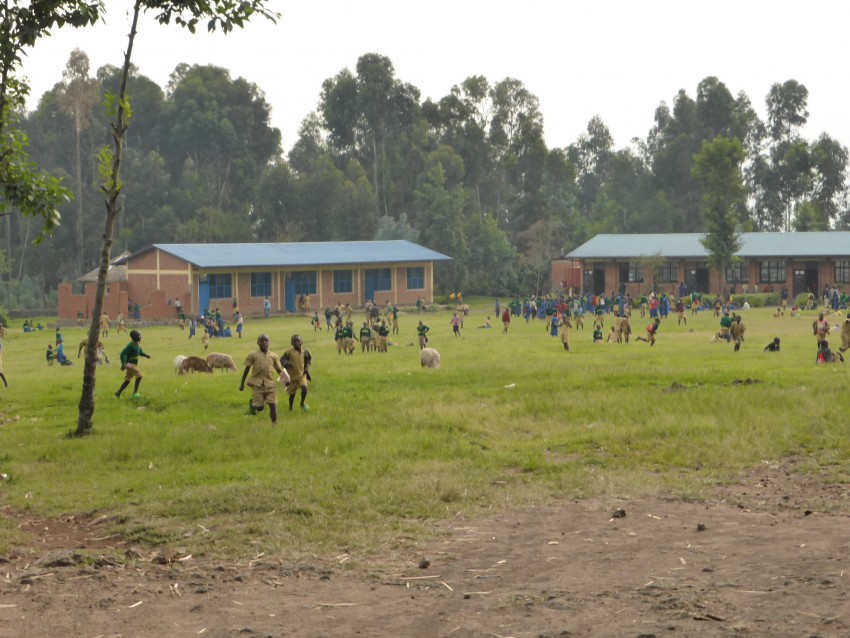 I walked through town toward some caves and I could hear the buzz of children’s voices, which sounded like a busy hornet’s nest from a distance.  I realized I was coming upon a school playground, and I had a feeling that I should just turn back before they noticed me, but by then it was too late.  I was almost frightened as children stopped what they were doing and moved in a mob in my direction.  They were tripping over each other to get close.  I have never seen anything like it.  An older child protected me, trying to give me space.  When I tried to leave, a man with a big stick had to act as security to escort me away again as they were running at me in crazy numbers.  This must be what Justin Bieber feels like when he goes to Japan or what The Beatles felt like when they arrived in the US.  It was wild!… 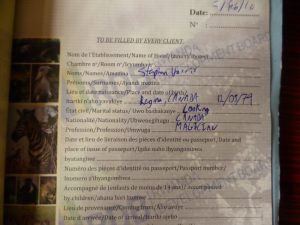 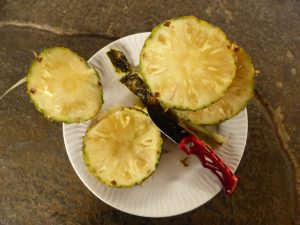 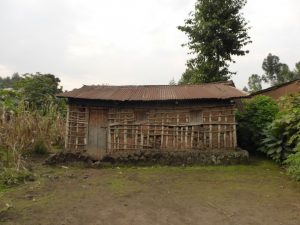 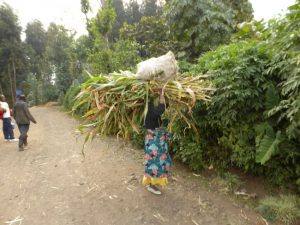 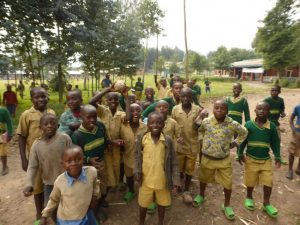 Trying to line up to be the first to see me for a photo. 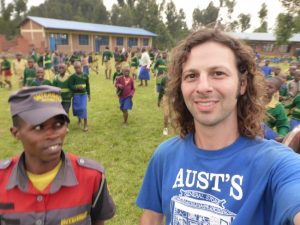 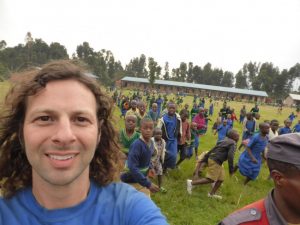 A mob of young and excited children!

“I went to Anyang to meet Yoon Hee, the waitress from two days ago. She stood me up. I had a suspicion she would be too shy to go through with it. So, I went to do some things in the city. After I was done I went back to Anyang to Yoon Hee’s bar so that I could shake my finger at her and then leave. She was not there, so I handed the napkin that Yoon Hee wrote her phone number on to another waitress that knew me. I had a pissed off look and shook my finger at her instead. She will probably deliver the message.”
— Flakey Girls: Seoul, South Korea
[View All]