When I went to meet Paulo today, he was wearing an old cowboy hat.  I guess he wanted to show me that he has groovy fashion too.  He looked cool.  His hat has been stitched in many different places to be held together.  He says he is a ‘cowboy-fake.’

It seems to be okay and in good humor in Tanzania to make fun of someone for their physical situation.  Yesterday on the bus a midget boarded.  Paulo said, “He is normal, but the head is too big.”  He was right, but I did not know it was allowed to say such things.  Then today at lunch, Paulo was laughing and teasing a very short man sitting beside me.  They were teasing each other in Swahili but then Paulo would translate.  He said, “That man has three wives.  And he is only so very short.  How can he manage them?  How can he control them?”  I do not think Paulo is an asshole at all.  In fact, he seems to be the most likable man in town and is very respected.  So, I am assuming that this kind of teasing that would get you in trouble for harassment in the soft western world is totally acceptable here.  Could you imagine saying something like that to an employee at your company….

Speaking of marriage – a man can marry as many women as he wants in Tanzania.  He can have five wives if he can provide for that many women who want to marry him.  A woman though, can only marry one man.  I was told today that any woman who has more than one man, “Is prostitute.”  And a man can divorce a woman, but a woman can not divorce a man.  Also, sometimes a man might have different wives in different villages, and none of the women know about each other as the man never speaks about it.  They asked me today how many wives a man in Canada or England can have.  I said, “Only one, and sometimes that is too many.” 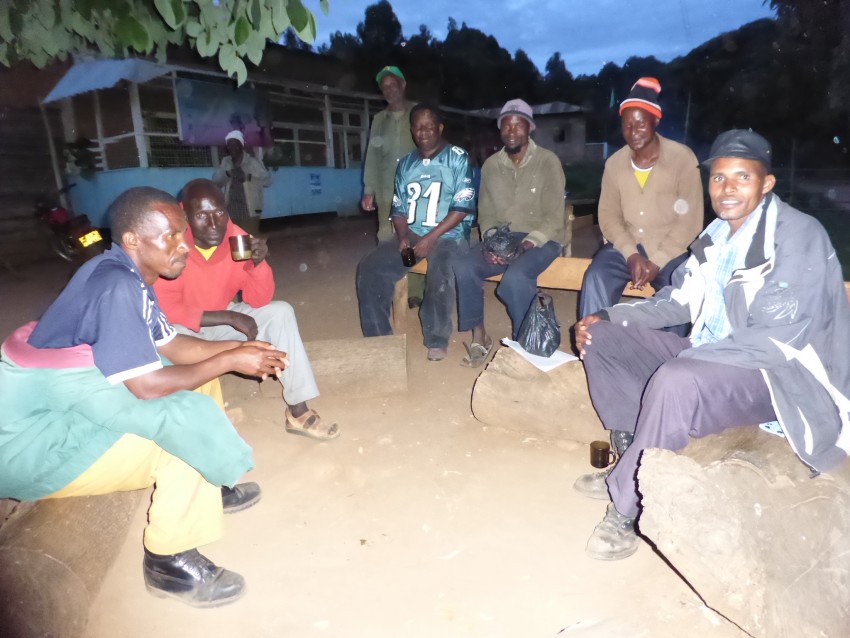 Sitting in a circle, hanging out and chatting.

The new president of the country, John Magufuli, who has only been in power for about a month, has really won over the people here.  He sounds like he a good man.  He has made fantastic changes such as free education for children so that everyone can go to school.  Two weeks ago was something like ‘Paralysis day’ in the country and instead of celebrating those with special needs, the president said, “Do not celebrate this day.  Do not waste the money on celebration.  Go out and find these people.  Find out where they are.  Put your money together and buy them a three wheeled bicycle to make their lives better.  No celebrations.”  For Independence Day to take place in a few days, the president had challenged the policy and will not be throwing a party for the nation.  He has said, “No wasting money on celebration of independence.  For what?  Use this day to make the country and your lives better.  Use the day to clean the country.  Clean your house.  Clean your yard.  Clean the town.  It is what I will be doing for the day.”  A very progressive-sounding leader… 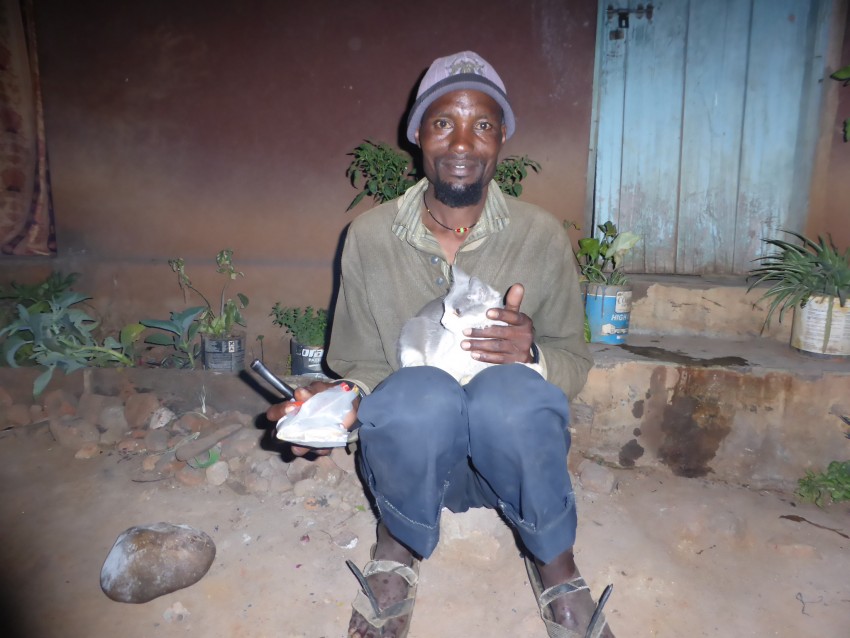 Duro, my pipe, and a cat. He requested this photo.

I brought out my Czech sniffing snuff for a big man they call Power who enjoys the sniffing tobacco here.  I love Sharing Tobacco.  He loved the flavored snuff I shared with him.  Then gave some to a very old man who I had been told sniffs a lot of the tobacco.  The older man must be about 80 years old, and he squealed with delight when he tried it.  Sharing Tobacco with him was amazing and it made me smile.  Then I brought out my pipe and bourbon flavored tobacco to share with another man named Duro who I gave the cigarette tobacco to yesterday.  We sat together and smoked.  He sure liked that and the flavor of the tobacco and after I gave him a handful for when he wants it again later.  Sharing Tobacco is fun.

I have had a great time in this town, and I think the locals that are good friends with Paulo are going to be sad when I leave.  There is a language barrier unless Paulo is around, but I have made friends with the locals here nonetheless… 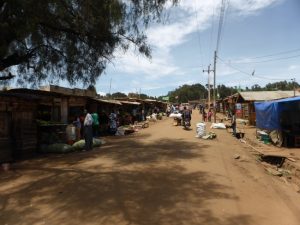 Small shacks in Mbulu where fruit and veg are sold. 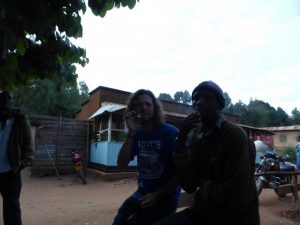 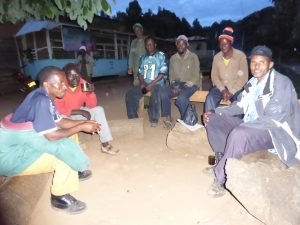 Sitting in a circle, hanging out and chatting. 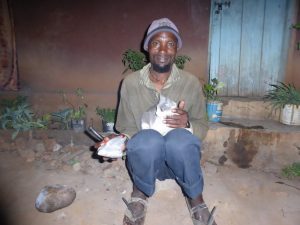 Duro, my pipe, and a cat. He requested this photo.