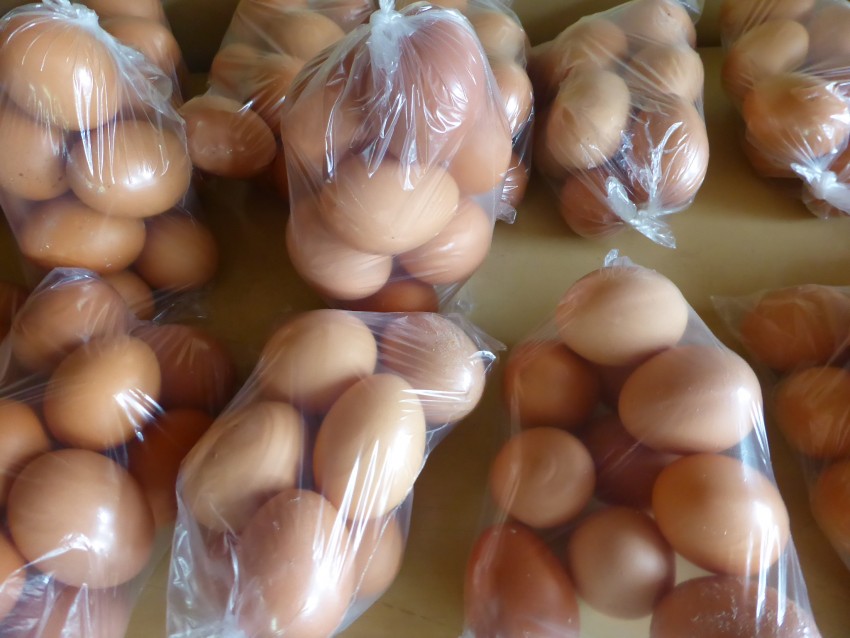 Egg cartons at the gas station.

Livingstone: Zambian Tina Turner.
March 9.
Zambia is a country full of really nice people.  Avoid Lusaka, the capital, if you can though. The other towns and the people I have met on the road have made for a really good experience.  Livingstone is great.  It is a safe city where you can walk anywhere, even at night, even as a foreigner.  They try to keep it safe here so that the reputation stays strong and people keep coming.

And, if you did not know why you were in Livingstone, you would never know that you are 7 kilometers from Victoria Falls, the biggest waterfall in the world and one of the biggest tourist attractions in all of Africa.  Amazingly, the people of Livingstone mind their own business and do not try to make you theirs.  No one hassles me in the streets.  If this was Tanzania or Uganda, I would be fighting touts off from the moment I walked out of my hotel room.

It is a real treat being here.

I worked on projects from my hotel room nearly all day.  In the evening, I was going to watch a band that would be playing a half a block away, but the 19 year old from Siavonga sent me a text this morning to say hello and then at 18:30 she send me another message to tell me that she was in Livingstone.  She traveled for five hours to try to track me down. 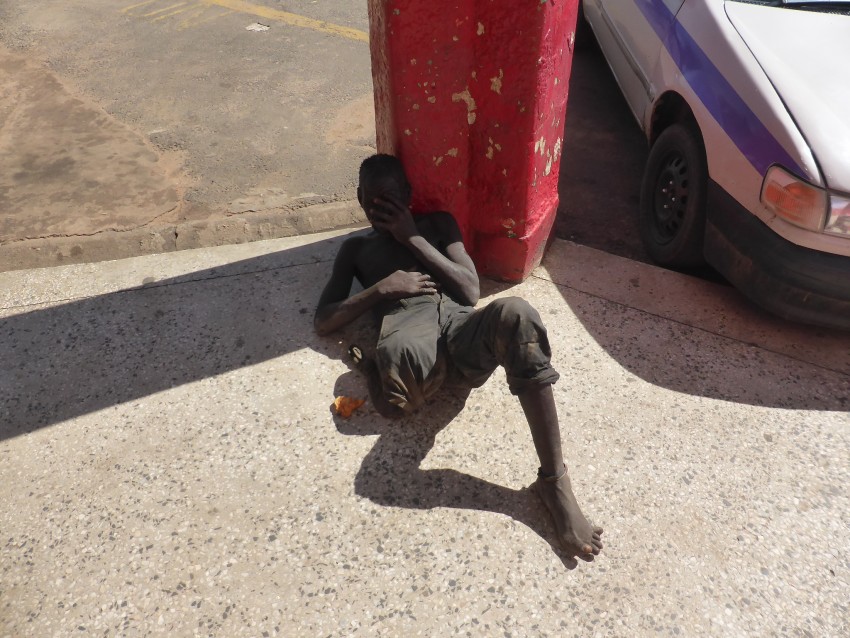 I met this man on the street today. Life is not easy for him. I bought samosas to give the the children in the streets, but gave him one and some money. He let me take his photo as long as he could hide is face. I am not sure how I feel about taking the photo now.

I am not the type of person to not respond to someone, but I do not want to see her again.  My interest wanes when I think about spending time with a 19 year old, who has her telephone in front of her eyes all night.  Repeating myself to suck her out of her phone does not appeal to me.  So, I had dinner in a shanty little bar across the street from the hotel where I was sure she would never find me.  Then, I went back to my hotel to hide for the evening and work on small projects.

At 21:00, Emmanuel called to tell me that he was back in Livingstone.  He had only planned on coming on Friday after I said I would be gone, so he altered his return to hang out with me again.  We had a lot of fun together a couple of days ago so he wanted to say goodbye. 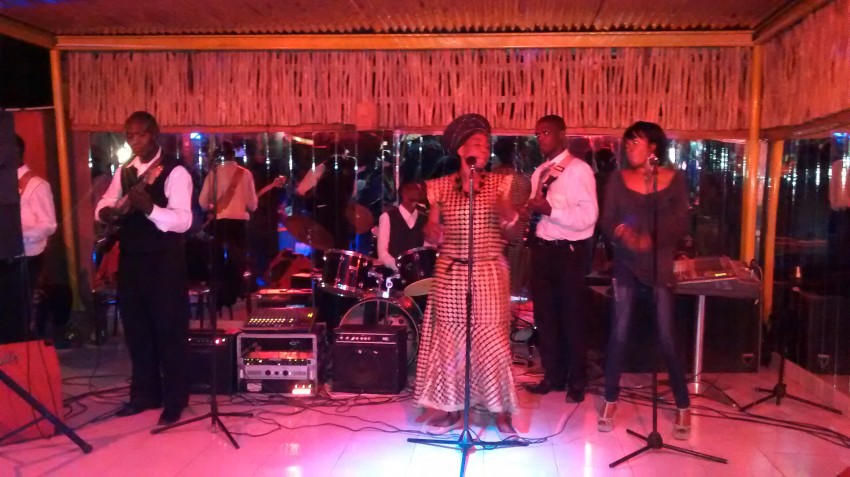 Wow, live traditional music! I have been wanting this for three months!

Emmanuel picked me up and we went for dinner. Then we went to the bar I had originally planned to go to where a live band was playing.  It was a lot of fun.  It was a four man band playing traditional Zambian music with two electric guitars, electric bass, a drummer (who sang all of the songs) and two backup singers.  The music was great, but the best part was the people who kept on getting on the front of the stage to dance for the crowd.

African people sure can move… https://youtu.be/Rjw4WmqZK1g

There was a beautiful local woman in the crowd of the bar, sitting in front of the stage, watching the band.  She was tall, had long frizzy hair, an elegant black dress and high heels.  Everyone in the bar knew where she was at all times.  She looked like Tina Turner in 1973.  Emmanuel was getting tired so he asked me, “Can I go and get her for you?”  Now, that is a good friend!  He said with a smile, “I want to put you in problems.  I will get you the lady and then run away!”

Emmanuel sent drinks to the table of the beautiful woman and her friend.  I took a piece of paper and wrote, “Are you Tina Turner?” on it. I was waiting for our waitress to come back to the table to deliver it to the woman and then point back to me when she wondered where the note had come from.  Then, some man moved in and got in the way, and I am not sure what he did, but he scared Zambian Tina Turner away.  She made a fast move to the kitchen area of the bar and made an exit there with her friend chasing after her.  So, that was the end of that.

As Emmanuel and I were walking out of the bar, we were both looking to see if we could spot Zambian Tina Turner.  A taxi man approached us and Emmanuel told him that we were looking for someone.  When the taxi driver asked who, Emmanuel told him it was the beautiful girl in the black dress.  The taxi driver told us to wait and disappeared into the bar area.  When he came back two minutes later, he had a beautiful girl in a black dress on his arm that he delivered to me.  Unfortunately, it was the wrong girl in the black dress and I did not feel like the effort anymore.  I told her she was gorgeous and told the taxi man that it was the wrong girl.

Emmanuel got in the taxi to go home and I walked around the corner to my hotel to crash for the evening.

It is crazy that a taxi man can just go in a crowd and come out with a beautiful woman in a black dress for me.  Wow.  I would love to know what he said to her…

“I had been having a blast, picking on my friend anonymously. He forgot to save my new phone number after I called him a month or so ago. So, I had a good time with that. Here are the texts: Me - Call me sweet sugar! Concerned Friend - Who is this?  Me – Well now, how are you expecting me to take interest in your man goods if you won't even save my number... Me - Quick riddle... What has two thumbs and gives me an erection? Me – YOU! Concerned Friend - I think you have the wrong number I'm afraid. Please can you stop texting me. Me - What if I told you I am alone tonight? What do you think about hot and sweaty? Concerned Friend - Really sorry, but I don't know who this is. So I am blocking this number. Me - You know what? I'm not wearing underwear. Well l was, but the lace was too erotic. What's your favorite color? Skin?
I was laughing so hard that it was bringing me to tears every time I sent him a text, as I imagined the horror in his eyes. He ended up blocking my number. I could still contact him through Whatsapp that uses my number that he knows. When we went for beer and I was sitting across from him, I sent him screenshots of the anonymous messages, just to gauge his reaction. He nodded his head in silence and then called me a dick. It really made me laugh a lot..
”
— London, England
[View All]