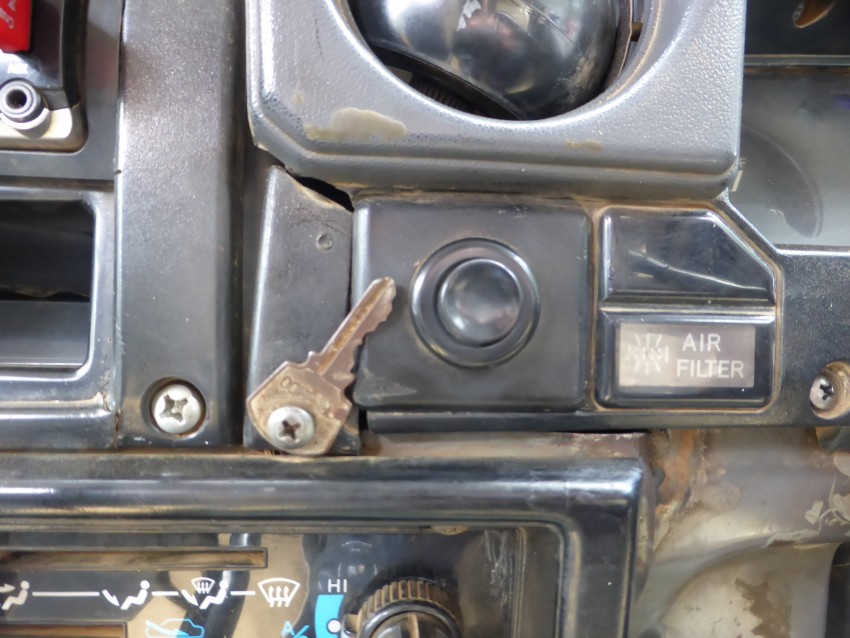 The key to ingenuity and handyman-ing.

I went to check my money situation this morning while on the foothills of Mt. Kilimanjaro, and realized I had about $8 in cash on me.  I could have made it work and I could have stayed another night and eaten off of that, but it would have been a very fine line and I did not want to have to deal with being $0.50 short for the dola-dola ride to get me back to town, so I packed to leave.  They were disappointed at the guesthouse.  I showed them my underwhelming stack of money.  They understood.  The house-cleaner girl who wanted me to teach her English told me that she will miss me.  They are so sweet here…

In Moshi, I figured out that if I would just tell all of the touts who start following me that I have already climbed Kilimanjaro and have already been on a safari, they will leave me alone.  Such a simple idea that works so well.  They do not want to waste their time on me when I tell them so and the leave me alone right away.

I checked into a backpacker hostel to meet some foreigners as I realized I need that sometimes.  I met a couple of Danes in their mid-20’s, she, Ellen, and he, Sigurd were Robbed in Dar Es Salaam.  They said that they arrived in Dar Es Salaam and in the evening as they were walking to their guesthouse, a man was following them asking if they wanted a taxi the following morning to get to the bus station.  They did not know if it was a good idea to arrange something with him or not, but went ahead with it anyway.  They slept the night and the next morning the guesthouse offered to call a safe taxi for them.  They said they already had a taxi arranged.  The man they had met the night before arrived and they got into the cab.

The taxi drove a distance and then he pulled into a back alley where he stopped for a moment and two other guys jumped into the taxi.  One was in the back seat with the two Danes, next to Sigurd, them and the other got in the front seat with the driver.  They said, “We just want your money.  If you tell us where it is, we will not hurt you.”

The man in the front seat kept on squeezing and releasing his fist.  Sigurd said he kept on watching the fist to make sure a knife did not appear in it.  The robbers wanted to check their money belts as they knew the foreigners would have them and they wanted to see their passports as that was where they assumed their money would be kept.  Ellen and Sigurd did not have a lot of money on them, so the robbers took their bank cards and held them hostage for a half hour as they drove around the city stopping at ATM’s to try to take money out.  The back windows of the taxi were tinted, so no one on the outside knew what was going on in the inside.  Luckily, the cards would not work in the ATM’s so the thieves got nothing out of their bank accounts.  So they stole took the small money that my Danish friends had.

Then the thieves drove my friends to a place where they could catch another ride to the bus station.  They thieves actually gave Ellen and Sigurd back some of their money so that they could afford a bus ticket to get to Moshi where they were originally heading.  My friends realized how clever that was, and that by giving them some of their money back to get out of town, they crime that they were Robbed in Dar Es Salaam would be reported in another city.  They would give the robbers less chance of being caught.  Very clever.

Moral of the story:  Do not keep your money with your passport.  Hide it somewhere else.  Do not keep you bank cards together.  If you have more than one, hide them in separate places.  And never get into a taxi that you have prearranged the night before, allowing the driver time to prearrange his own plans for you.  You do not want to be Robbed in Dar Es Salaam.  Be smart…

I went out for dinner with a crew of four others.  It was a nice night and a nice visit.  With ‘Power in Numbers,’ it is not unnerving to walk through the dark streets at night with in a group of five.  Perhaps I should start looking for a travel partner.  Maybe I will stay in backpacker hostels for the next little while.  I hate the restrictions of travelling with someone, but it sure feels safer.

“They just want to sit in the house and smoke dope.  I told them, "Lets go and do something fun, like fight some Indians or something..."”
— Fatty
[View All]