Kisumu: Cheap Impact, the Korando Education Center and Orphanage.
Feb 24
When I woke up, I decided to head on down the road towards Nairobi. Before I left, I took a look at a website called www.cheapimpact.org.  When I was at Bery’s Place, he had mentioned them to me, so I wanted to see where they were on the road and if I would get a chance to stop in to see what they do.  I went on the website.

I made a phone call, sent an email and sent a text message.  Someone got back to me.  I told them I was friends with Bery Glaser and asked them if they were busy today.  The man on the phone said that they are always busy, but that I should come and meet them.  I caught a mini-van to the outskirts of town where I started walking towards the property that had been explained to me.  A young boy came running up to me, asking me if I was looking for the Korando Educational Center.  I was.  It turned out that I had walked past the place.  I followed the boy back. 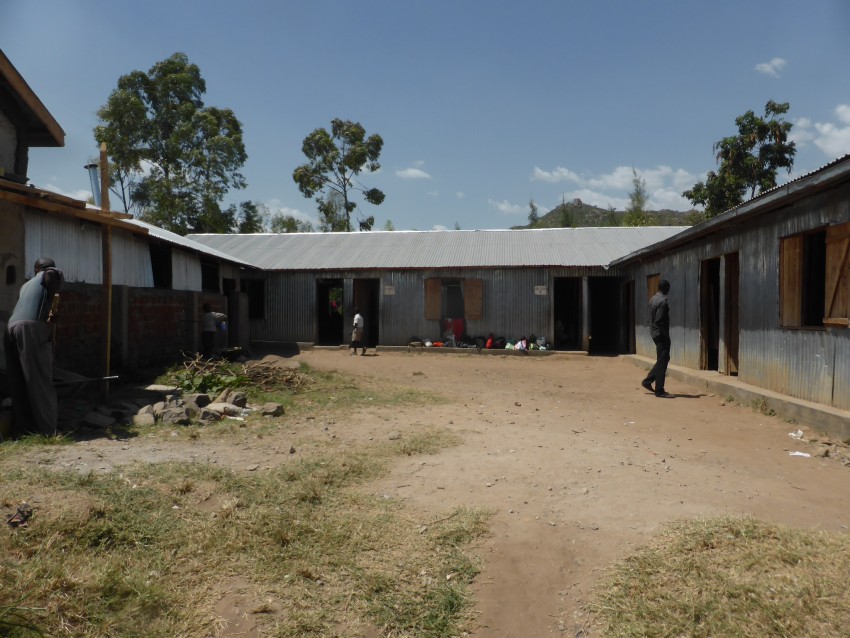 As the young boy and I walked up a lane-way, further down I could see Caucasian people who were looking at me.

I had no idea where I was really or what it was, but I had arrived at the table full of smiles who were having lunch.  They told me that they are a school as well as an orphanage.  I asked who I had been talking to on the phone.  A man put up his hand.  He was Torsten from Germany who has been here working and helping to develop this project for the past year.

The Korando Education Center:
Mama Dolfin was a teacher for 20 years until she lost her 14 and 27 year old sons within a year; a very traumatizing experience that brought her to depression, leading to a premature retirement.
As she was staying at home, she started taking care of five orphans that gave a new meaning to her life. More of them started coming, finding shelter and care with her, but also food and financial support to be sent to public school. In 2006, she decided to open her own non-formal school to accommodate more of them and save her the increasing cost of school fees.
Today, at 62 years old, and having recently lost her husband, the last man of her life, she still fights poverty through education and has made a change in the life of more than 500 children.

Korando Education Center is now responsible for the schooling of 160 students, 35 of them orphans or vulnerable children who live at the center.  I asked Torsten how full the school is, and he told me they keep on running at a maximum capacity that keeps on increasing at a strain.  He explained, “Mama tries to say no, but she can’t.”  More children arrive. 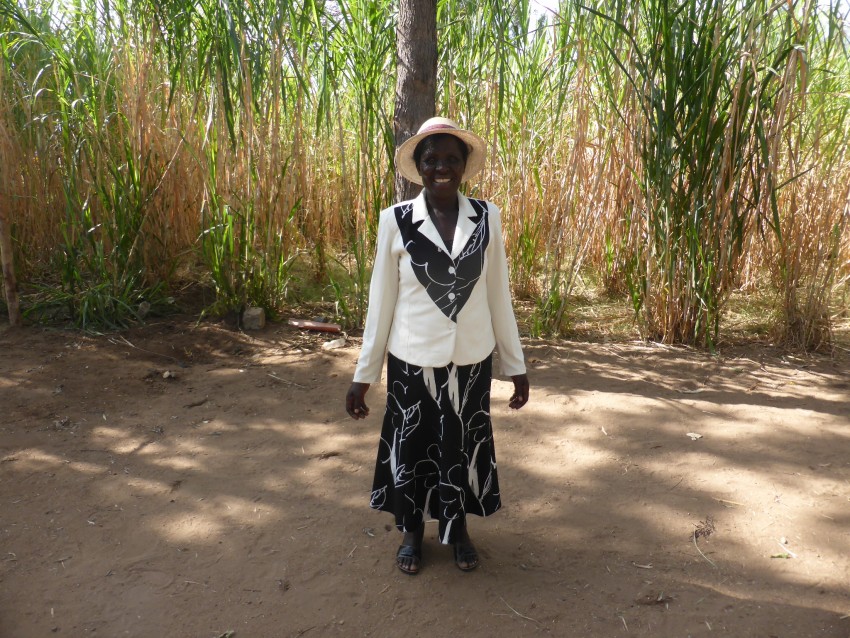 Mama Dolfin, who I would meet later in the evening, is a warm lady in an African dress and hat.  In time, children who finish with primary school here move on to the secondary school on land close by.  Mama continues to claim responsibility for their education fees and books as they move on.  Once they move past secondary school, Mama claims responsibility for their university fees.  But, there is only so much money to go around at the Korando Education Center and Orphanage as she sends nine of her “children” to university.  Fees are expensive as €1,000 a month is going to the high-school fees of 40 students, and another €1,500 is paying the university fees of nine other students.  With a quick estimation, Torsten estimated that it costs about €4,000 a month to keep the organization going.  Mama keeps on taking bank loans to keep things afloat. 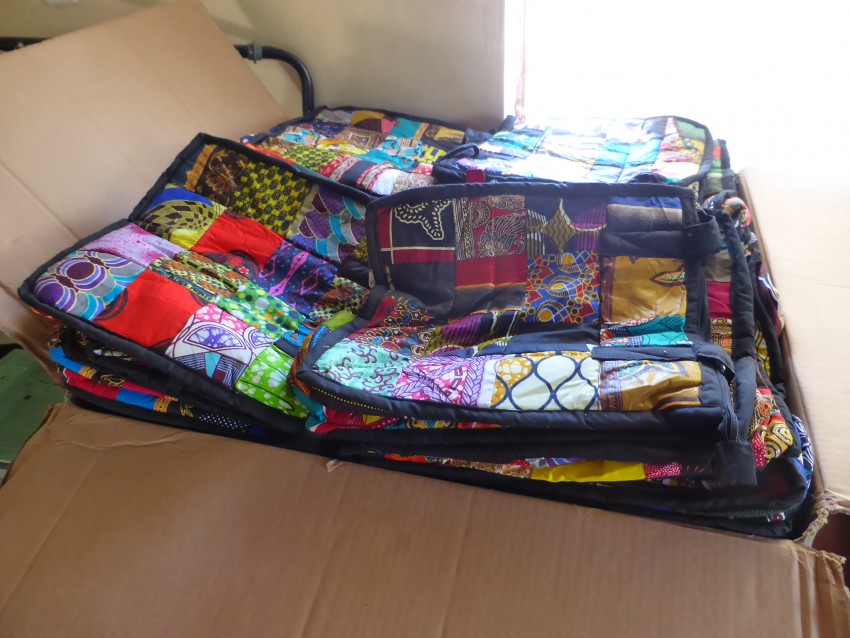 Crafted bags to be sent overseas to generate income for the school.

As an income, the best thing that has happened to the Korando Education Center is that previous volunteers have remained helping hands as they have returned to their old lives.  The school has been taking handbags and aprons made by a regional lady and sending them overseas to previous volunteers who then sell them in their own countries (they were sent to Italy and Australia today)…the proceeds of which are returned to Korando.  It is not enough, but it helps.  Tensions lingered in the air as government inspectors have been on the property for the past two days with expectations of out of reach school standards.  Everyone on the property can only hope for business as usual going forward.

A handbell rings to announce the end of class.
The school itself is sheet-iron tacked to poles.  There are 10 teachers hired to work with the Kenyan education program, inclusive of the same standardized exams used throughout the country.  But, it is hot underneath the sheet iron, and Tania from Switzerland, who was guiding me around the property told me that when it rains, school has to stop because it is too noisy to hear anything. 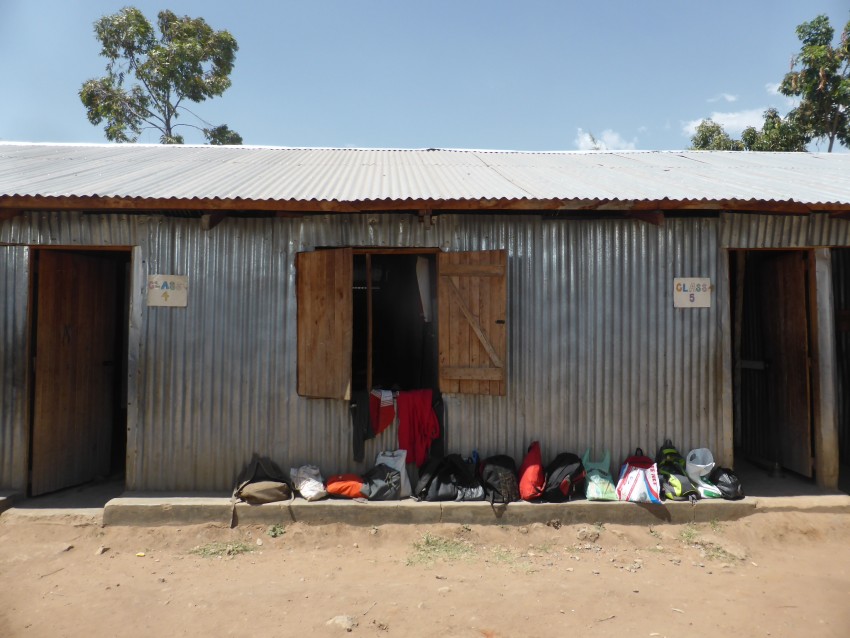 They are working to find ways to save money.  They raise pigs, and chickens.  There is a fish-pond in the back, and they grow a large garden where they harvest many of their vegetables and try to purchase only fresh foods.  All of the maize, the staple East African food, is grown in their own garden, which dramatically cuts the costs of feeding so many children.

A large dormitory is being constructed on the property.  It is a beautifully odd shaped building that would be strange by European standards, but is really peculiar in Africa.  Tania told me they have constructed it in such a way that it draws attention to itself which draws attention to the Korando Education Center itself.  Such a design is a clever decision.  We spent much of the afternoon cleaning sand in water on a re-fabricated mosquito-net screen to remove the dirt and clay so that the sand can be used for cement production to continue building on the dormitory. 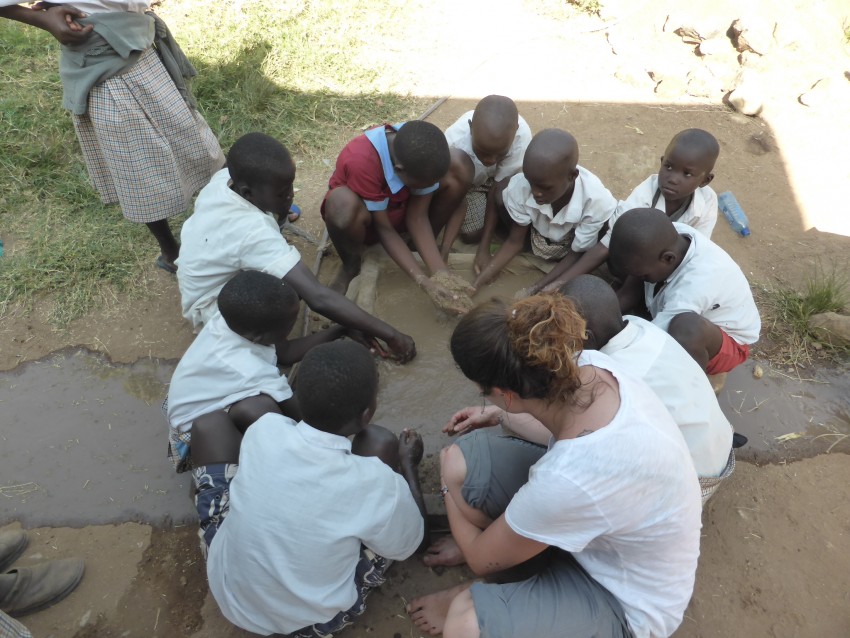 Today included a friendly football match against another school.  The boys lost their game but the girls won theirs, so the girls had beaming faces as they returned to Korando in the evening and they boys hid their disappointment.  But, the children all seem very happy to be here and could not be happier to meet a new face on the property of the education center.

In the evening, I joined the staff for dinner and they offered to put me up for the night on a mattress that we placed on the floor in the common-room.  We played guitar and shared stories until 23:15 when it was time to retire for the evening.

It was a really nice day with really nice people trying to make a difference and trying to grow education for the youth of Kenya.  If you are interested in donating to helping their cause, or if you are interested in volunteering yourself, please check out the website of The Korando Education Center.  Send them a message to say hello.  They will be glad to hear from you! 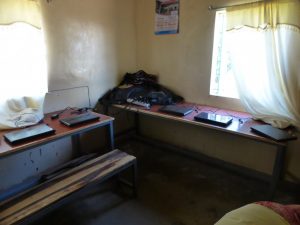 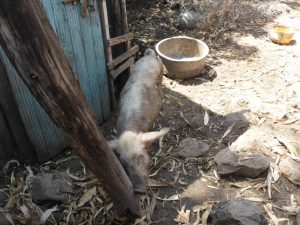 Pigs raised to be sold for income to be contributed to the education center. 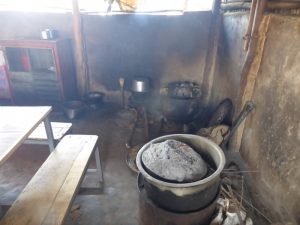 Kitchen, cooking on a fire at the school. 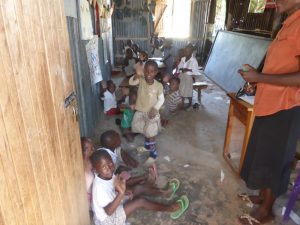 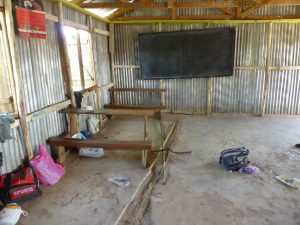 An empty and hot classroom. The children had moved their desks outside and into the shade for the afternoon. 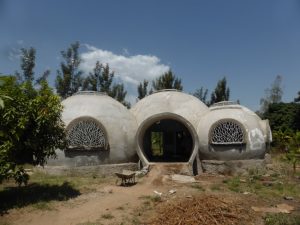 The shape of the new dormitory. 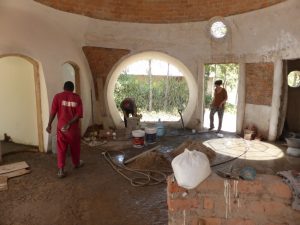 Construction. Trying to keep a schoolground of children out of here is a task in itself. 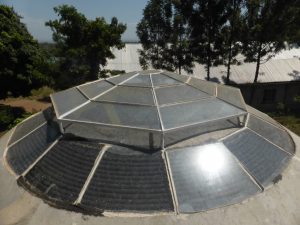 Natural hot water. The hose is wound in a circle inside of this glass.