Kisumu: A Tow-Truckin’ Son-of-a-gun.
Feb 23
Getting used to a new currency is terrible.  It takes a couple of days of use until you start feeling comfortable with the money you are handing out.

Anne and I went for a walk around Kisumu this morning and we ended up in a supermarket that had a delicatessen.  They had salamis and cheeses behind the glass.  Anne and I were nearly frothing at the mouth looking at food that we never see anymore.  We spent about $8.00 on the two tastes of luxury.  It was an incredible breakfast.  Who knew two people could get so excited about salami and cheese! 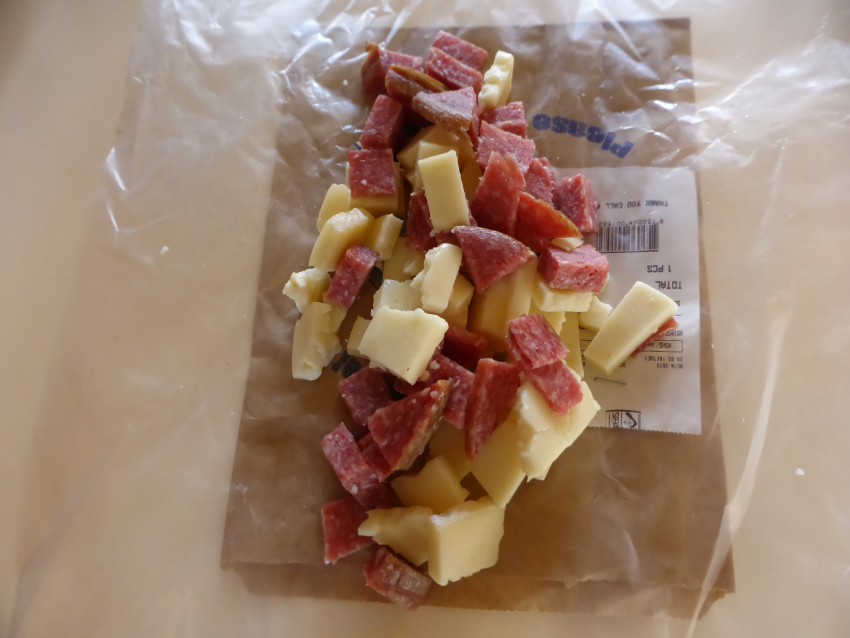 Anne caught a ride back to Uganda and I was on my way to Lake Victoria when I found a row of old Land-Rover trucks parked on the side of the street.  A group of men were standing close by, and I asked them about the trucks.  It turned out that I had encountered the tow-truck driver guys.  They were happy to meet me and really appreciated my enthusiasm for their trucks as I was under their hoods and inside of their vehicles. 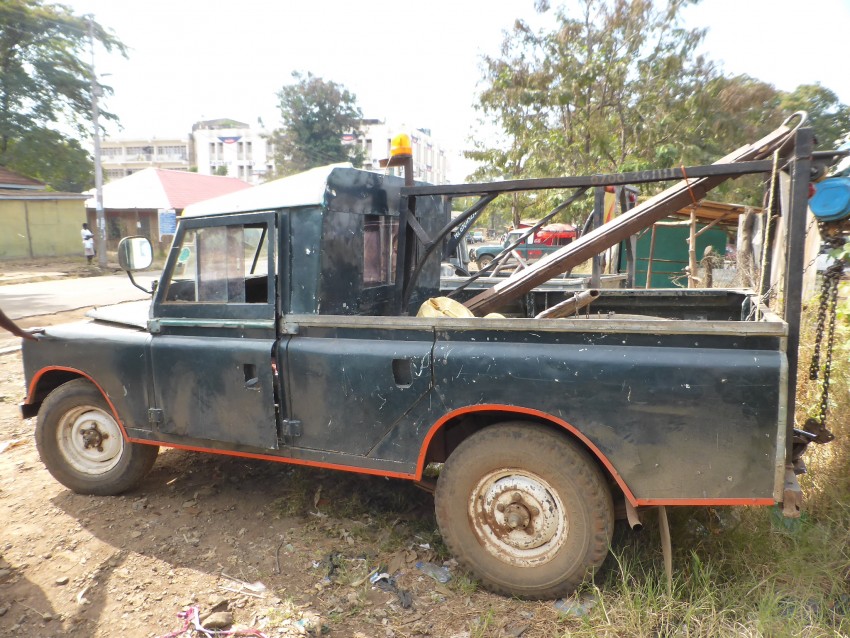 Modified. The roof chopped off and the vehicle turned into a truck. See the back doors?

I ended up spending the entire afternoon with those guys, just chatting about cars, our worlds, and women.

A lady with fake braided hair down to her waist came walking past.  I complimented her on her hair.  She kept on moving, but one of my new friends said, “That woman will have the same hairstyle for the next three years because you just complimented her on it…”  Funny!

One guy was out on a job, but the rest of them were waiting for breakdowns or accidents so that they would have work.  Once the 17:00 working world started their evening commute, they said the work would come in.  In the meantime, we hung out at their trucks and in their “office”, which was a couple of benches under a roof for shade. 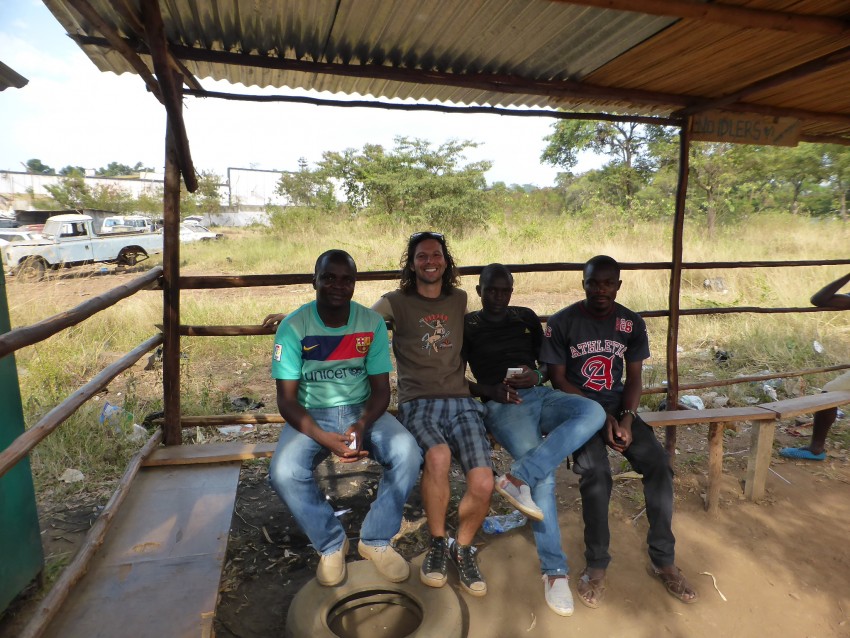 Hanging out in “The Office”.

The Land-Rovers were mostly in rough shape, but they are incredibly tough vehicles.  Some were a fully enclosed cab that they cut the back off and turned the vehicle into a truck by mounting a tow-bar on the back.  All trucks are from between the years 1972-1980.  My new friends referred to their machines as “British Bulldogs” because they are basically small tanks.  I asked them how people find them to give them work.  They said that if a car breaks down on the road, they usually call a mechanic, and the mechanics have their phone numbers.  But it is survival of the fittest and though all of the guys are friends, they are all in competition with each other.  Their headquarters on the street is right next to the police station.  Julias, the leader of the pack, told me that police are the buffalo, and the tow-truck drivers are the crocodiles who stay close to the kill where work comes in. 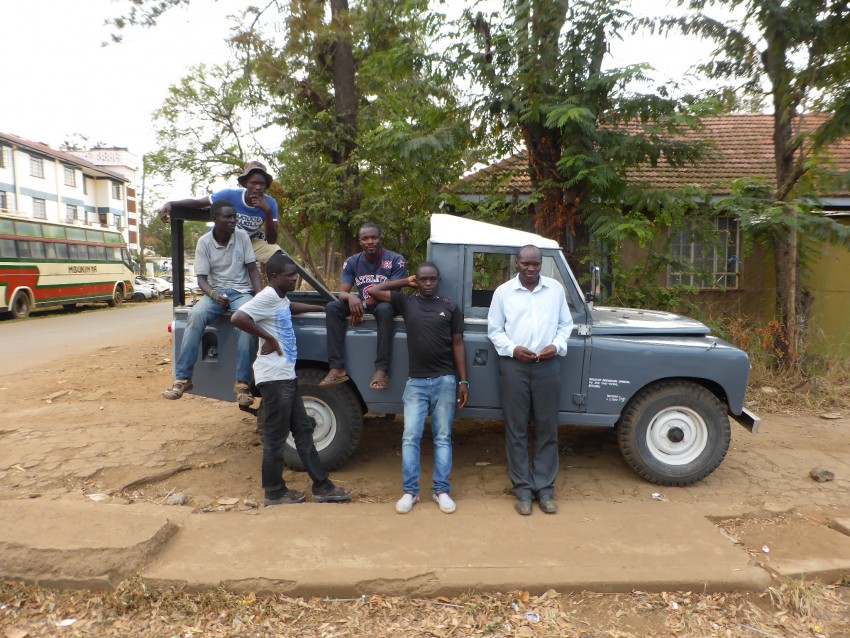 Just after 17:00, tow-truck driver Kelvin got a call that he and partner Victor were going to take.  I asked if I could come along and help them out.  They were glad to have me join, so we all three climbed into the Land-Rover.  We had to stop for fuel on the way.  The gas tank had been modified under the seat in a way that to fuel up, the driver’s seat had to be removed from the process.  This was not a problem because it was not attached to anything in the vehicle anyhow.  Then I noticed that when we went to start the truck to get on the road again, Kelvin just took two wires that were sticking through the dash, touched them together, the starter activated and the truck fired up.  We headed out of Kisumu.  I was in the middle between Kelvin and Victor.  Neither door of the truck latched closed.  Who needs that anyhow? 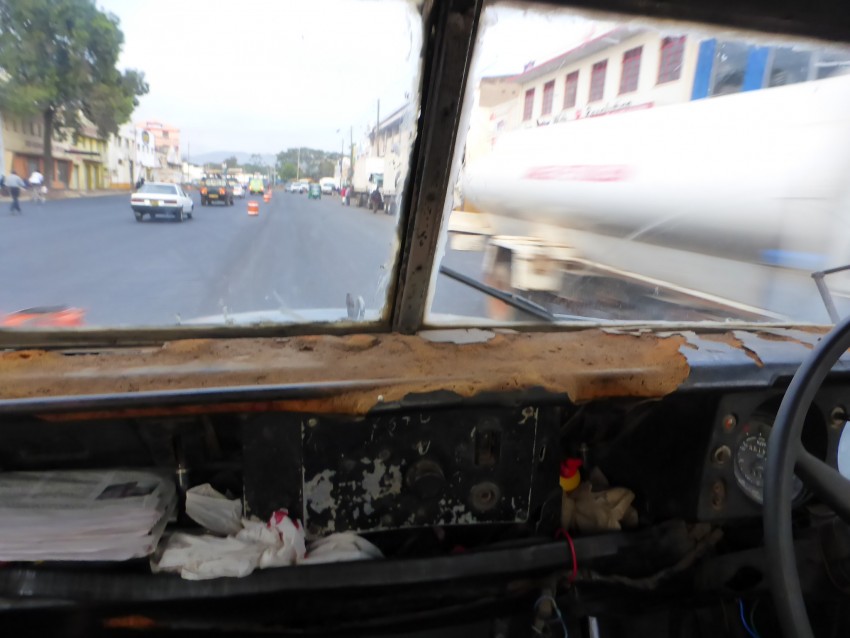 On the way to save the day, in the wrong lane of traffic.

We were cutting through Kisumu traffic and driving in oncoming lanes of vehicles who just got out of our way.  Well, I can tell you that an old Land-Rover is a very rough machine.  It is like driving a vehicle with no suspension.  And it is hot with the heat of the engine making its way into the cab.  We were to drive 40 kilometers from the city to find the vehicle distress victims, but about 7 kilometers out of town a racket that scared all three of us and made us scramble in our seats put a stop to our journey.  We had sheared off the propeller-cuff between the drive shaft and the transfer-case.  So, my mechanical DIY-ers were under the truck trying to patch the machine back together.

My friends were robbing 14 mm nuts off of old parts laying in the box of the truck that they were then using on bolts to try to hold the propeller-cuff together again.  While this was happening on the side of the road in the dark countryside, a man came down the road and was much too friendly, wanting to talk to me.  I found myself trying to escape from him.  Another man came along in the dark and the two of them walked off.  Kelvin, who was under the truck with Victor trying to patch things together, told me that he was nervous because he was with me.  He said that the local men know that I have money, and maybe they will organize a hijack on us while we were vulnerable and alone in the countryside in the dark.  Kelvin said that we were in a dangerous position and he wanted to hurry and get the vehicle moving so that we could find somewhere safer to be. 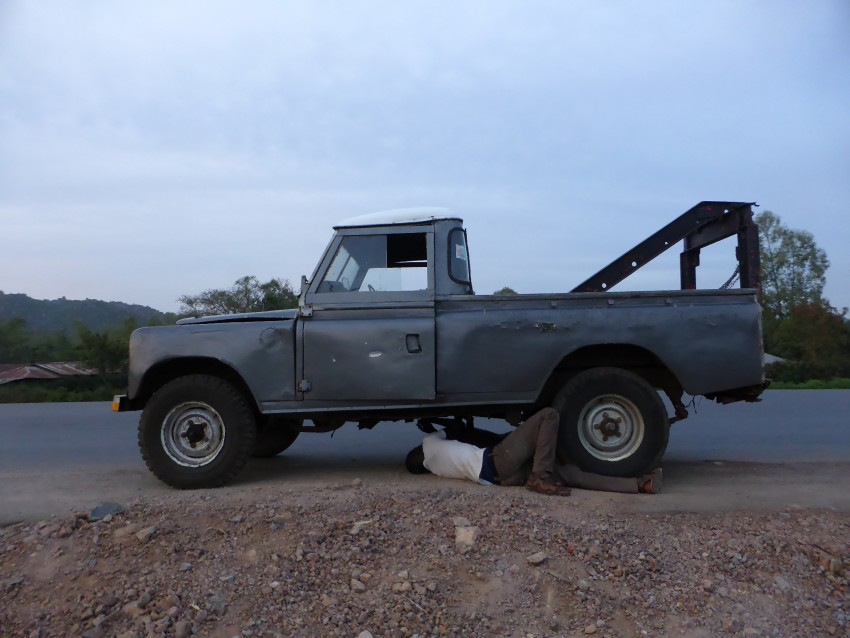 Broke down on the road… Needing a tow…

When Kelvin felt that he had could make the vehicle move, we got in, fired it up, and drove down the road to a fuel station that had more light and safety in numbers.  As we were driving away from the place we had broken down, a man came running out of the dark after us hoping to catch a ride with us.  Kelvin was not stopping and left the man behind.  At the fuel station, Kelvin and Victor found enough scrap bolts and nuts to work with to confidently piece things together again.  We got the truck back to town as we drove slowly back to Kisumu.

Somehow, doing a whole lot of nothing turned out to be a really cool day! 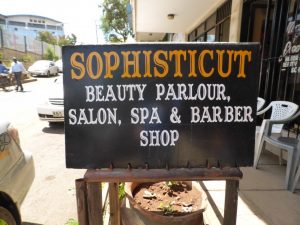 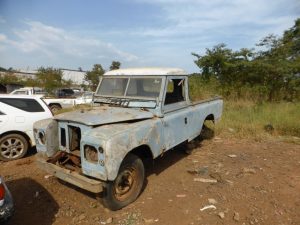 A project. Julius says he will have this on the road in two months. He paid $400 for the truck as is. Engine seized. 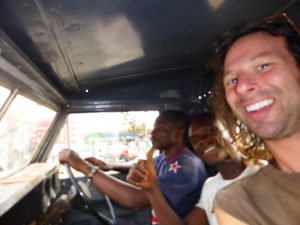 New friends. On the way to a job. 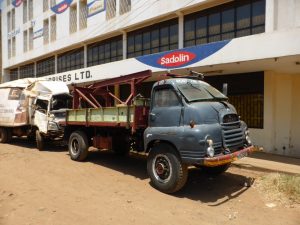 A Bedford. A handsome thing!

“If the cook doesn't get back soon I'm going to have to buy us some bologna.”
— Dad on Pat being away in the city.
[View All]