It is thought that the reptiles that arrived at the Galapagos came from the mainland of the Americas and it is believed that they must have survived on a ride of natural vegetation rafts and large tree trunks.  That would have been one long, terrible and terrifying ride; a log ride from Ecuador to the Galapagos.  It is a bad enough plane ride that takes two hours. The minimum time that a floating vegetation raft or a tree trunk could make it in would be two weeks with perfect currents.

Now, imagine an average case would be five times that long, and 2.5 months as a tortoise clinging onto a tree trunk to arrive in the Galapagos would have been an extremely liberating feeling.  And then that tortoise would have no natural predators because there were no other animals at the Galapagos.  So, if tortoise man had an old lady who he convinced to hang out with him on a log for some courting just before the said log accidentally got dislodged and headed westward into the Pacific, would have quite a free existence of public displays of affection because there would be no audience to hound them to get a room.  Tortoise man and tortoise woman could just lay around, eat some cactus, raise some kids to populate an island and keep on practicing to have more kids until they got old.

However, if tortoise man and tortoise woman were on ‘date one’ on the day of the log courting just before the dislodgement and within hours tortoise man realized that tortoise woman was an annoying yappy moron unwilling to pull her own weight, it would be a tough life of solitude on an island that would no longer seem much like paradise with her for the next 326 years of tortoise life.  It could really go either way…   Females are sometimes a gamble, likely even for tortoises.

Charles Darwin came up with his theory of evolution here as all of the animals on these islands have adapted through natural selection to change in a way the benefits existence for them.  The best example of this is the finch, which is thought to have come to the island 1000’s of years ago as one species has not evolved into 13 different species, mostly visible though the shape of their beaks in accordance to best adaptation of their place of habitat on the islands.  Before Darwin’s thoughtful thinking, the masses still believed in a biblical version of creationism.  Imagine the initial ignorance of the church and their fight against his theory at that time around the 1830’s…

In 1911, the United States were on the verge of signing a 99 year rental agreement of the Galapagos Islands with Ecuador for $15 million.  Imagine the traffic of people who would have come through here in that time, and imagine the fame the islands would have.  It would be America’s bio-version of Hawaii, and there would be nothing left of it by today after the building of the high-rise shiny buildings in the little towns that would now be cities.  Yuck.  The delicate eco-system of the islands would have been destroyed.  Luckily, other international countries like France and Great Britain were also interested in having the Galapagos and managed to kibosh the agreement.

I spent the late afternoon enjoying sea lions on Lovers Beach where I hung out with a Spanish woman who I watched the sunset with.  She went swimming with the sea lions and a young one was chasing her around and out of the water as she headed for the beach.  The sea lions are an incredible source of entertainment for me.  A Dutch friend arrived on the island today and she cooked me dinner with four of her other friends she is staying at the hostel with who she met on the way.  A home cooked meal.  It has been a while since someone I knew was the hand that fed my worms.  It was a nice treat. 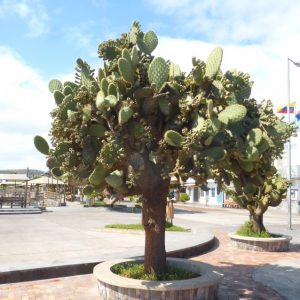 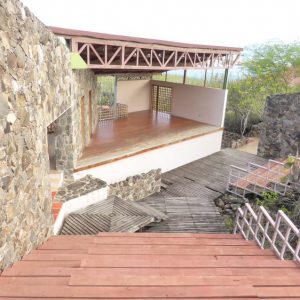 Amphitheater in the island vegetation. 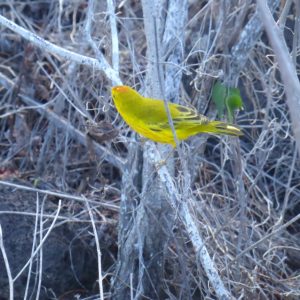 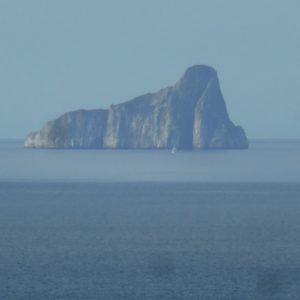 Kicker Rock in the distance. 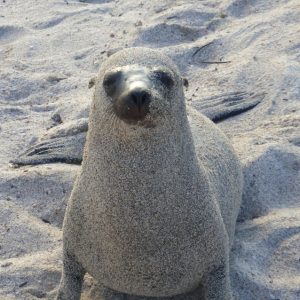 Yea, I’ve been playing in the sand. 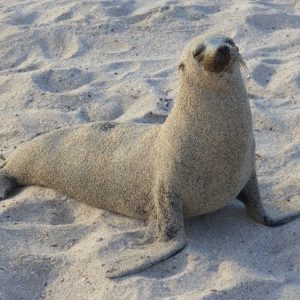 Sand is a blast! 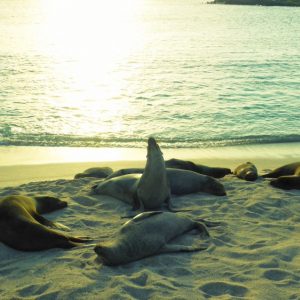 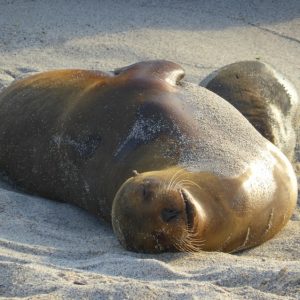 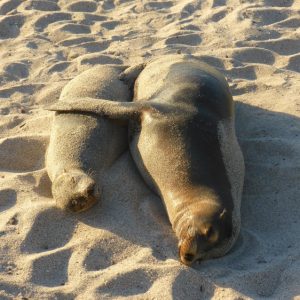 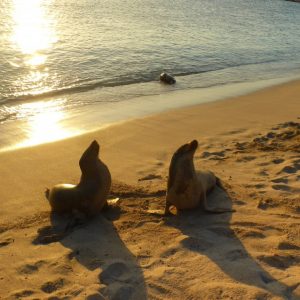 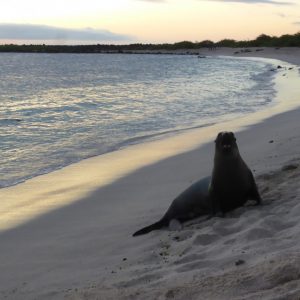 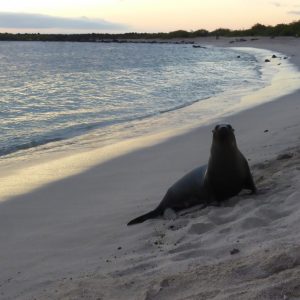 …and after I lectured him. 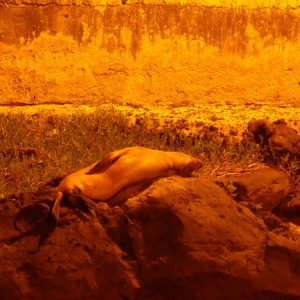 “We met at a rough, divey, venue, with a lady in her 60’s who was clearly once a very attractive woman running the bar. We made friends with the locals who really shone up to us. There were a lot of skinheads in the place, and a lot of characters that I think my friend would have been afraid of under normal circumstances. We befriended Dan, who was a 37-year-old skinhead, wearing a tracksuit, and he had two scars from fresh gashes on his head. Dan was full of cocaine and talked a lot. He said he has a son that he is losing to drugs and a daughter who gave him his first grandchild yesterday. Dan shared crazy stories with us for a couple of hours and casually showed us a knife he was carrying in his pocket. Dan looked frightening, but I found out that there was a good heart inside of him. I was picking on him, which he seemed to like because he looked completely psycho and I am sure not many people tease him. People were coming into the bar and were inviting us to their tables to sit, trying to save us from Dan. But, of all of the people who thought they would ‘save’ us from Dan, he seemed like the most genuine and seemed to have a better character than anyone else in the place even though he was nuts. I enjoyed my night hanging around with him and my friend was also amazed by this man. We spent our whole night talking to him, and he even bought us drinks. It was interesting.
I told my friend what my father told me in a dive in Wolf Point, Montana, when two rough native women took a liking to us not long before a couple of rough native men were sort of picking on us. He told me, “Son, if you have a good woman on your side, you are always safe.” I took that into consideration that we had the most psycho man on our side, and that no matter what would happen in the bar, he would probably take care of us should any trouble start...because I was certain there would be no trouble between him and us. The whole night turned out just fine and fascinating. Heed your father's advice from experience. Those guys just know...
”
— Copenhagen, Denmark.
[View All]