Cartagena to Barranquilla: Murderers vs Killers 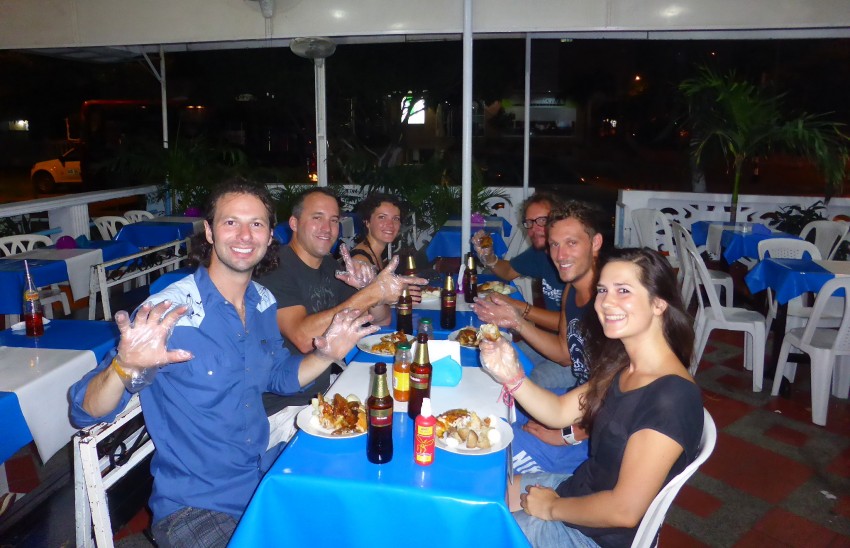 Our Barranquilla dinner crew. That is Christina in the bottom right. She makes me feel funny...

Sometimes one meets really sketchy dudes when drinking in front of a pharmacy at 3am.  Tonight was no exception…

Marc and I caught a bus from Cartagena to Barranquilla.  I was fascinated to see what was in Barranquilla.  Shakira is from here so I assumed there was a lot of talent in town.  Marc and I were the only two gringos on the bus to get here.  I liked that and knew it would mean for a good evening.

Barranquilla is a city of one million people and there are only three hostels in town.  Awesome.  I assumed there would likely be no 20 year old Australian backpackers accidentally spilling beer on everyone and talking about how wasted they were.  It takes an effort and s0me personality to get to out of the way places.  That is the separation between the utopia of white people drinking together in a white establishment in South America, and drinking with locals.  I feel like it is work for me to be around a huge number of gringos.  The vacation is being away from them.  So going from Cartagena to Barranquilla was a great idea!

The best hostel in Barranquilla is called The Meeting Point Hostel.  There were only about 10 backpackers in the place when we checked in.  A gorgeous brunette named Christina from Köln, Germany, was sitting at a table in the common area.  We hit it off.  A beautiful, smart, funny girl…  She nailed my weakest parts and I was smitten.  She lives with her boyfriend.  That is bittersweet.  I probably would have followed her to Cuba had she been single.  And the last thing I need is to be mowing a Köln lawn again.  I told her, “If you did not have a boyfriend and if I could spend two more days with you and I still liked you as much after, I would go with you to Cuba.”  She kissed me on the lips.  Dangerous!  I was not ready for it and she only got me on the corner of the mouth.  Dammit!  Still, I was happy to go from Cartagena to Barranquilla even if it meant a lip-corner kiss!

A Norwegian named Knut was with us for the evening, and when Christina and two fillers whose names I can not remember went home at 1am after dinner and drinks, Knut joined Marc and I for a party.  We went to a place called Carerra 84, which is where some bars linger.  When they were closing we went to an area in front of a pharmacy where we bought cheap beer and hung out with the locals who were playing guitars and singing songs.  I sat beside a pretty Colombian named Saudy to make friends.  It was a cool moment of  a lot of fun and the locals were sharing their drinks with us.  At about 3am, three really sketchy dudes showed up.  They were rough looking and suddenly I realized that everyone from our local party had left and these sketchy guys were asking us questions.  One of them showed us his gang tattoos on his arm where he had a dollar sign over top of a letter and two ‘M’s below it on the back of his bicep.  Then he asked Marc in English what the right word to translate was, between “Killer, Murder, and Muerte.”  I looked at Marc and said, “Maybe this is a good time to leave…”

Knut, Marc and I found a taxi and headed for the hostel.  At 4am I hoped that I would wake up when Christina was awake getting her things together to catch a taxi to the airport.  I opened my eyes as she was taking her backpack outside of the room.  I sat up in the dark and poked her in the arm as she passed by.  She came over to me as she was leaving the room.  I told her in Spanish, “Me gusta tu mucho! (I like you much!)”  She kissed me on the lips and disappeared out of my life out the door.  That was lucky.  Smitten-ness is not what I need right now! 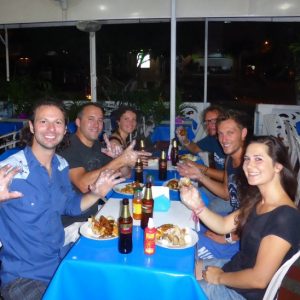 Our Barranquilla dinner crew. That is Christina in the bottom right. She makes me feel funny… 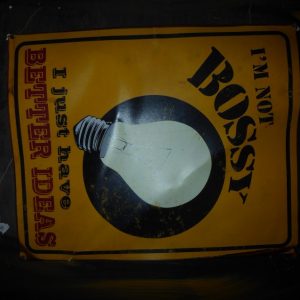